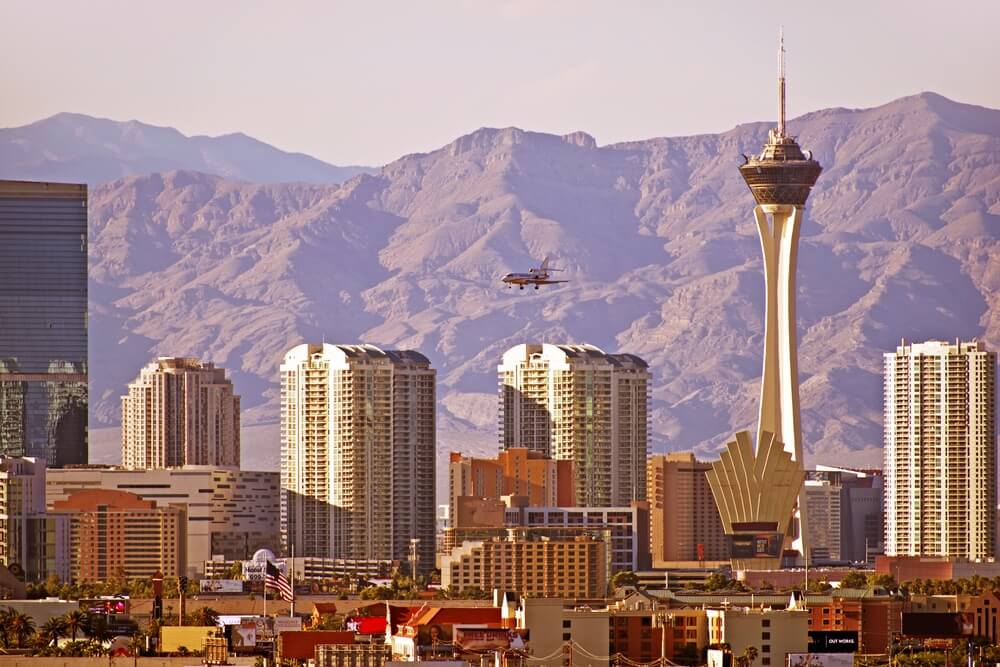 Though rent growth is widespread, performances in Las Vegas have been particularly strong in top-end and middle-market product. That’s not surprising, given the late-cycle recovery that has spurred job growth while new supply has remained limited. That combination has created strong demand across the product spectrum at a time when the relative lack of completions has limited competition at the top end of the market.

Job gains have spurred apartment demand to solid levels, pushing occupancy in the metro well above the long-term average. Occupancy has risen more than 2 percentage points over the past three years, with most market segments reaching the essentially full mark in recent quarters. Rates have been generally stronger in middle-tier product and in higher-end submarkets on the south and west sides of the metro. However, occupancy in the northeast and central submarkets and lower-tier product has improved substantially over the past year.

Meanwhile, annual supply volumes have remained at roughly half of peak levels seen in previous cycles. Inventory grew just 3.8% over the past three years, a relatively modest rate during a period in which many other U.S. markets have seen unprecedented building activity. In the year-ending 3rd quarter 2017, more than 2,800 new units came on line across Las Vegas, growing inventory just 0.8%. Construction has been concentrated in higher-end submarkets in the metro’s south and west sides. 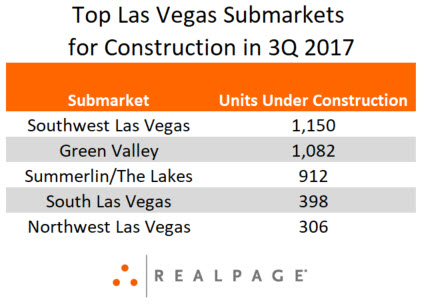 At the end of 3rd quarter 2017, the market had more than 5,100 units under construction, with submarkets Southwest Las Vegas and Green Valley each accounting for roughly 20% of all in-progress units.