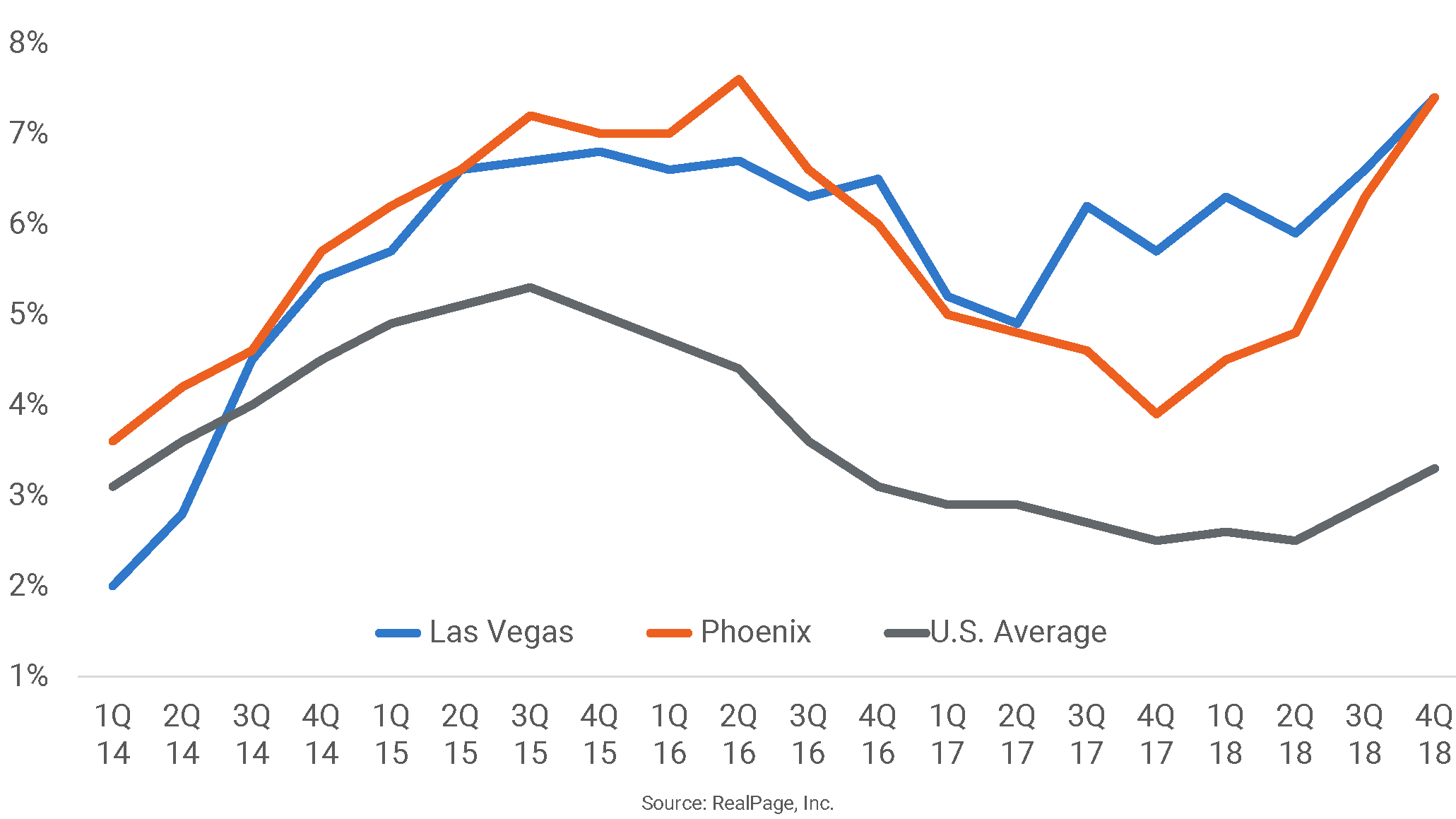 Among the nation’s large metropolitan areas, Las Vegas and Phoenix now are the apartment rent growth leaders. Effective rents for new leases climbed 7.4% in each area during 2018. While impressive rent growth was sustained throughout the past few years in each area, momentum has strengthened. Las Vegas annual rent growth had been running around 6%, while yearly increases near 5% were typical in Phoenix. The robust rent growth in Phoenix occurs despite the fact that the metro is an active construction center. About 8,200 units came on stream in Phoenix during 2018, and another 11,000 units are under construction. With Las Vegas and Phoenix moving up the list for rent growth, they have displaced previous leaders Orlando and Sacramento, although each of those markets continues to do well. Among large metros, Orlando is in the #3 spot for annual rent growth, with pricing up 5.0%. Sacramento is in the #7 position (alongside Greensboro/Winston-Salem and San Diego), with rents up 4.6%.