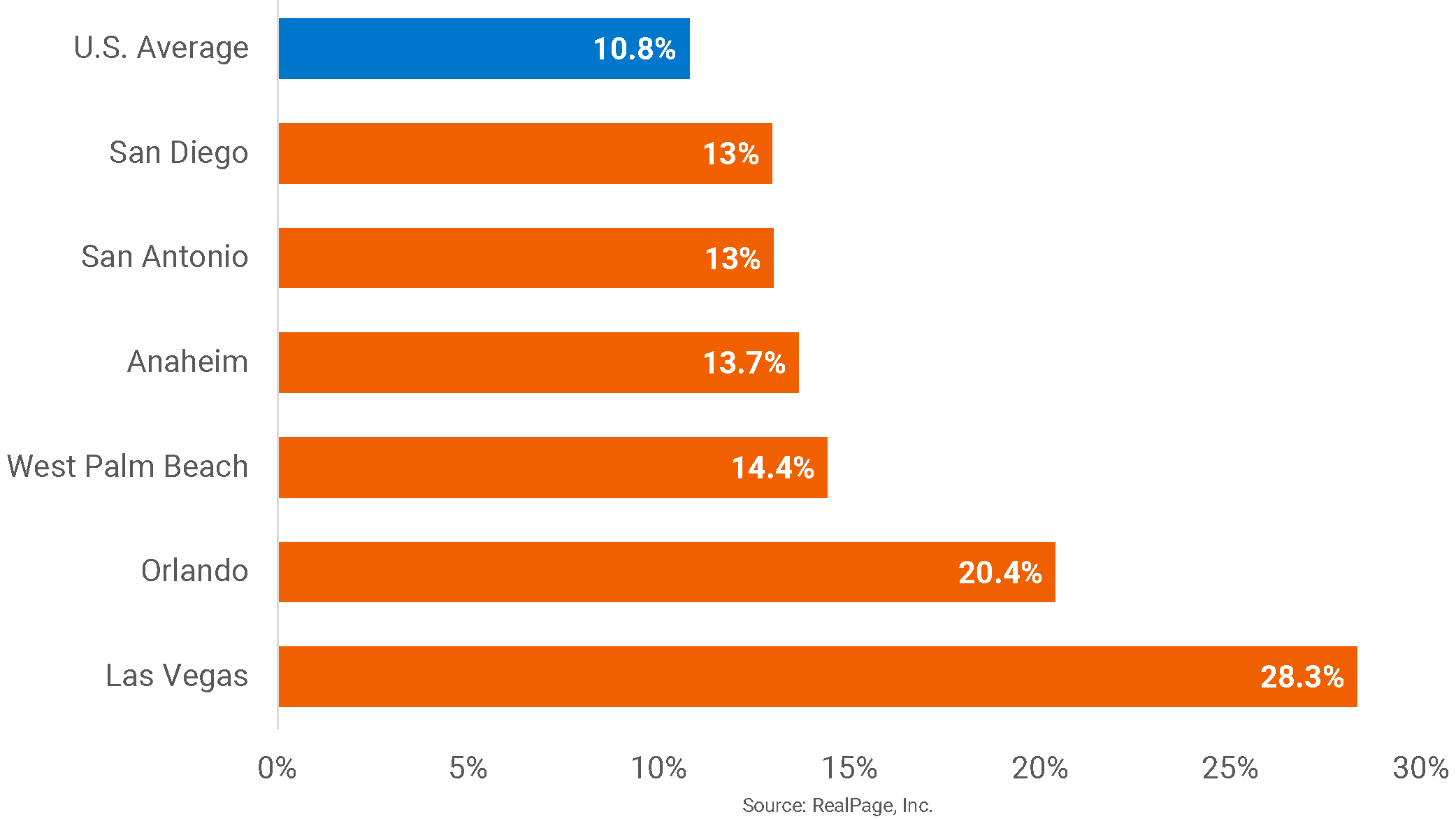 The hospitality employment sector has been hit hard during the nation’s recent economic collapse in the wake of the COVID-19 pandemic. More than 26 million people filed unemployment claims during the past five weeks, according to the Department of Labor, effectively wiping out all the gains the Bureau of Labor Statistics reports for the decade-long growth period that started in early 2010. Hospitality jobs took the most damage recently, as nonessential activities have nearly come to a halt nationwide. While hospitality employment accounts for 10.8% of total jobs nationwide, some markets have a larger share and appear more vulnerable to the nationwide economic downturn. Las Vegas hospitality jobs account for 28.3% of total employment in the market, while the share in Orlando is 20.4%. Other markets with higher-than-average proportions of hospitality jobs include West Palm Beach (14.4%), Anaheim (13.7%), San Antonio (13%) and San Diego (13%).