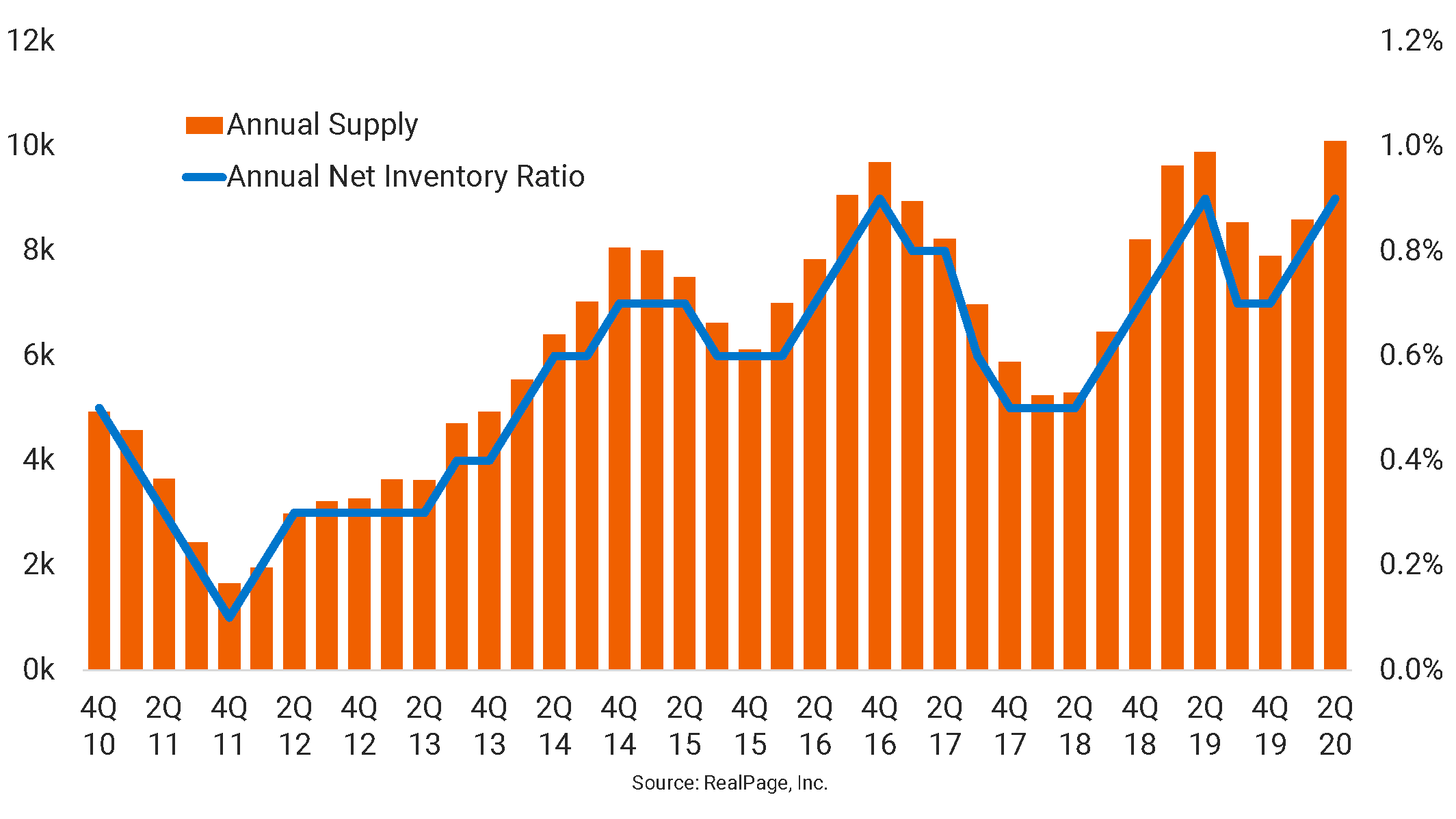 Los Angeles apartment deliveries have hit a recent high. Roughly 10,100 new units wrapped up construction in Los Angeles in the year-ending 2nd quarter, marking the first time annual completions have reached the 10,000-unit mark since RealPage began tracking the market 20 years ago. The existing apartment base in Los Angeles is sizable – the 2nd largest in the U.S. after only New York – so even record completion volumes translate to mild swelling in the inventory base. But while the 0.9% increase in the year-ending 2nd quarter is relatively small compared to the national norm, the annual inventory increase in Los Angeles has been this high at only two other times in the past 20 years – in 3rd quarter 2019 and 4th quarter 2016. For a market of its size, Los Angeles supply levels have remained relatively modest over the past decade. In the 10-year upcycle starting in 2010, the market’s existing base increased by a little over 6%, less than half the national average. Over the past few years, however, construction volumes have increased notably. Looking forward, another 31,000 or so units are under way in Los Angeles. While it should be noted that some of those projects might see pandemic-related construction delays in the near term, this is one of the highest volumes of activity under way in the nation, second only to the number of units rising in Dallas.