Kansas City Construction Is Shifting to the Urban Core 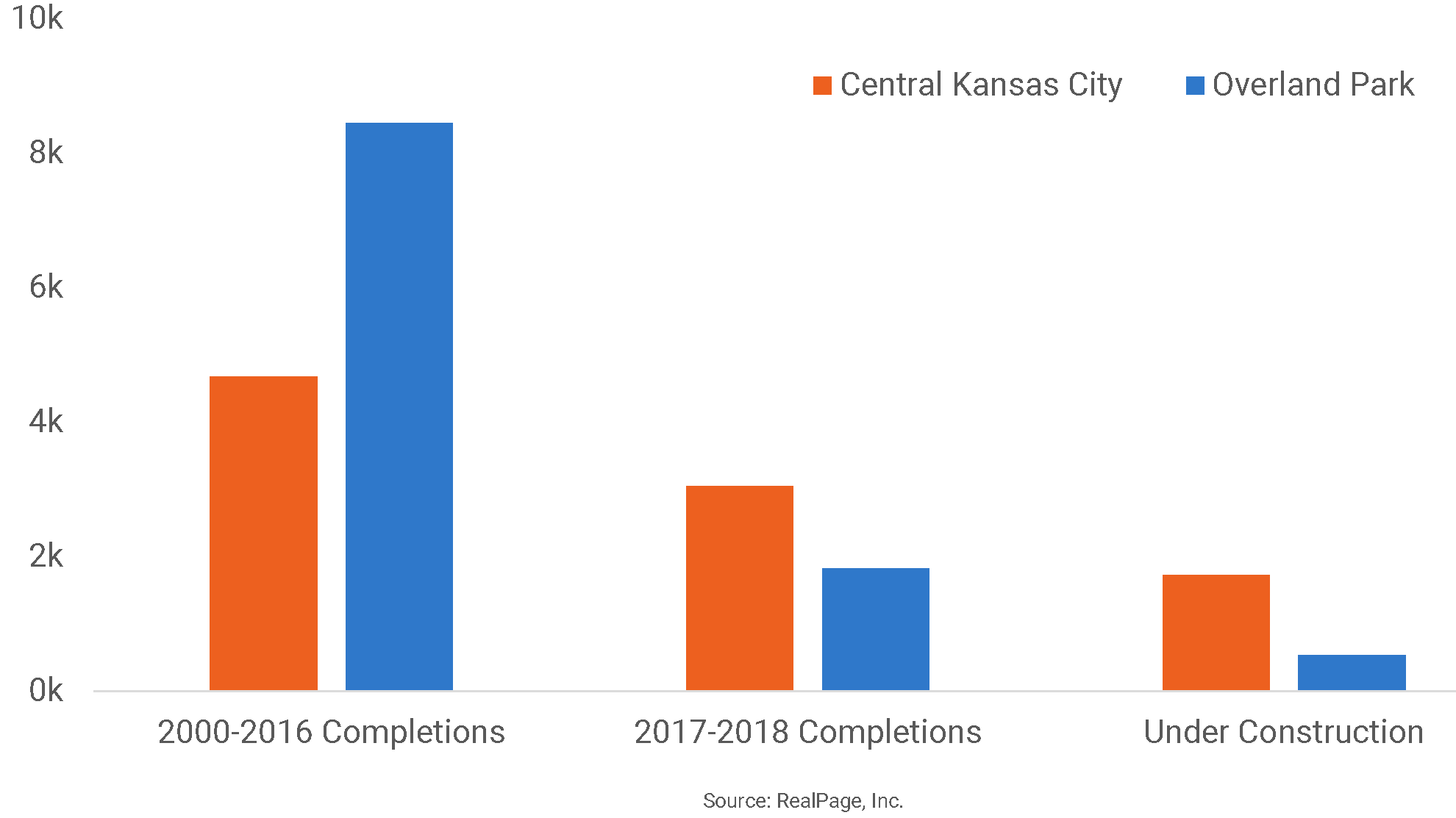 The two key pockets of apartment construction in metro Kansas City are the urban core and Overland Park, an upscale suburb containing a very large job base in its own right. These two areas combined to account for 41% of the market’s apartment deliveries in the 2000 to 2018 time frame, and a whopping 57% of the units under construction are in these two zones. Overland Park traditionally added about twice as much new stock as Central Kansas City. However, over the past couple of years, the Central Kansas City submarket has grabbed the lead role. Completions in 2017 and 2018 totaled just over 3,000 units in the urban core, versus some 1,800 units in Overland Park. Central Kansas City’s stock on the way tops 1,700 units, more than triple the 500 or so units under construction in Overland Park. The sizable block of new supply in Kansas City is being absorbed at a healthy rate, with occupancy as of 3rd quarter 2018 at 95.0%. However, there’s not much rent growth. Pricing for new leases inched up just 1.0% during the past year.