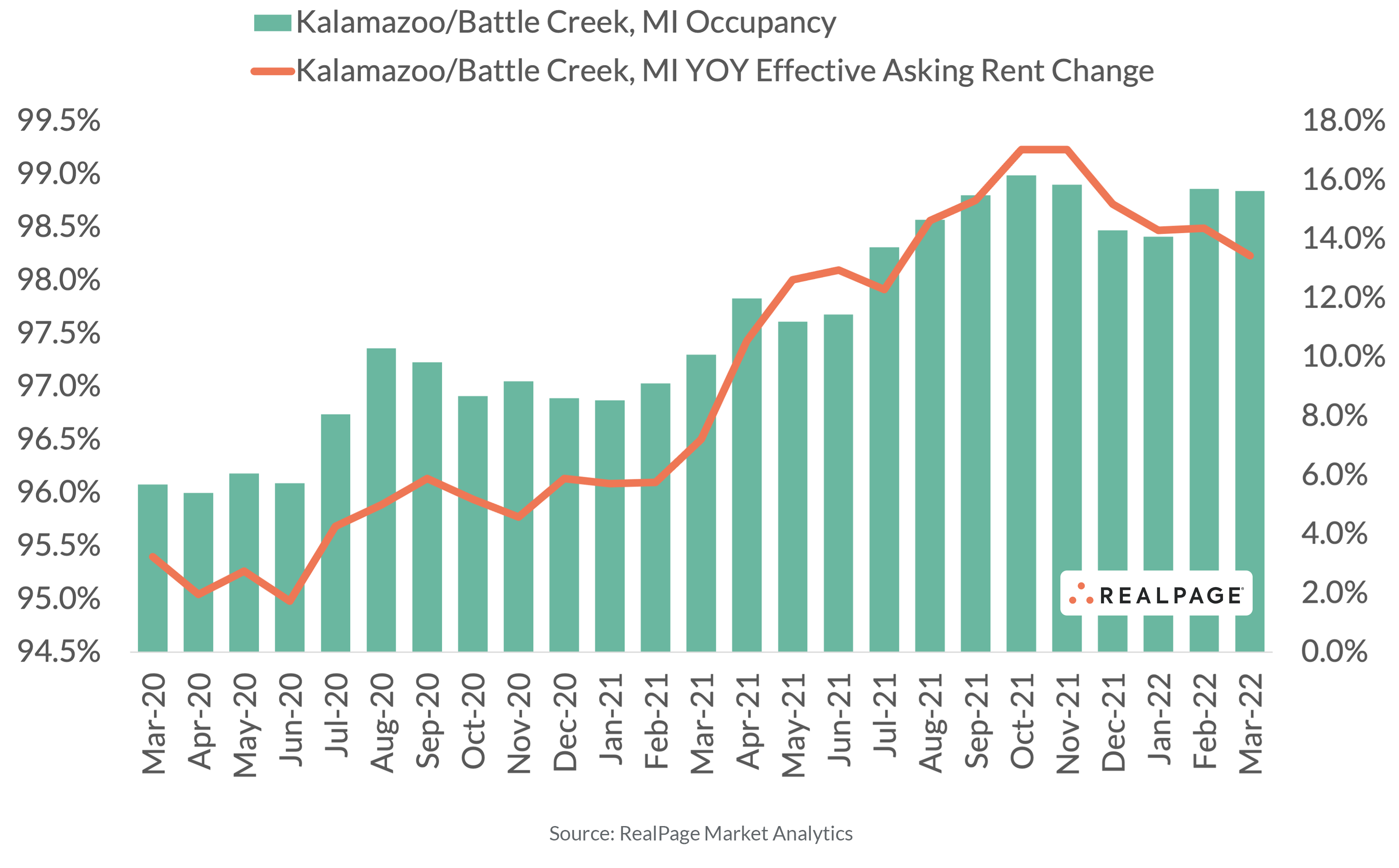 After battling a pandemic-era low, Kalamazoo/Battle Creek clawed its way back to solid occupancy in recent months. Occupancy in this small Michigan market hit 98.8% in March 2022, according to data from RealPage Market Analytics. That occupancy rate was up 150 basis points year-over-year and was well above the U.S. norm (97.5%). Like many markets around the country, Kalamazoo saw a confluence of factors accelerate apartment performance to new levels over the last year. Located about two hours outside of Detroit, apartment fundamentals in Kalamazoo were initially tussled by the pandemic-induced slowdown but recovered quickly. Inspired by strong demand, operators in the Southern Michigan apartment market grabbed a share of the performance pie, pushing effective asking rent growth into double-digit territory with a 13.4% increase year-over-year. This growth was over three times the 4.2% historical norm. That gain was significant for a market with just under 35,000 existing units. In turn, rents in Kalamazoo now sit at their highest level since RealPage began tracking the market, though remain relatively affordable in relation to the nation. Rents in Kalamazoo now sit at $1,039 per month, or $1.200 per square foot. Over the next year, occupancy is expected to fall more in line with historical norms (roughly 96%). In turn, rent growth is also expected to slow but remain above the norm.