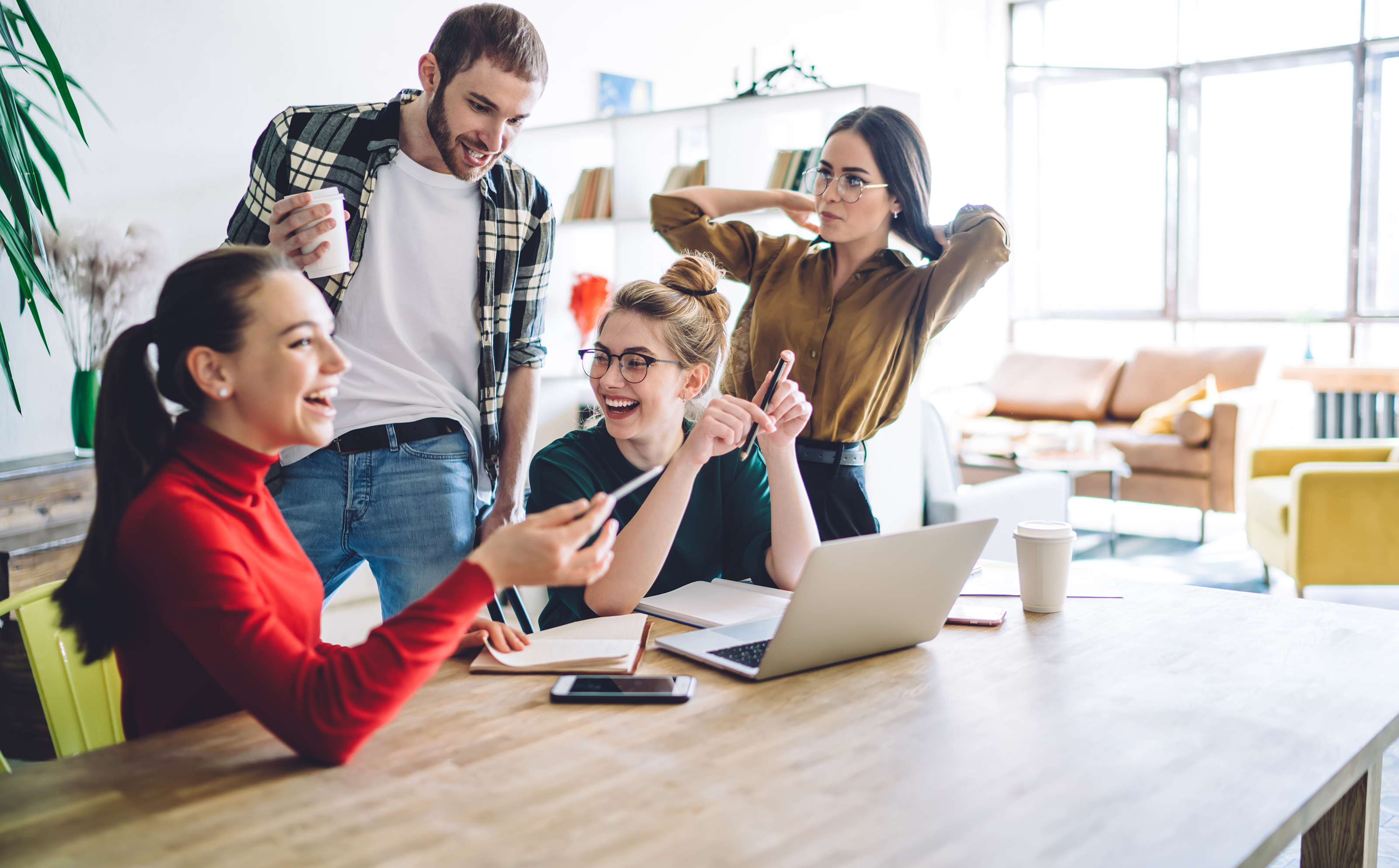 We’ve been saying it for months: Fall 2022 pre-lease rates keep setting records. July was no different as 91.4% of beds at the core 175 universities tracked by RealPage were claimed for the Fall 2022 academic year. With only two months left in the pre-lease season, hitting an all-time high pre-lease rate is all but certain. 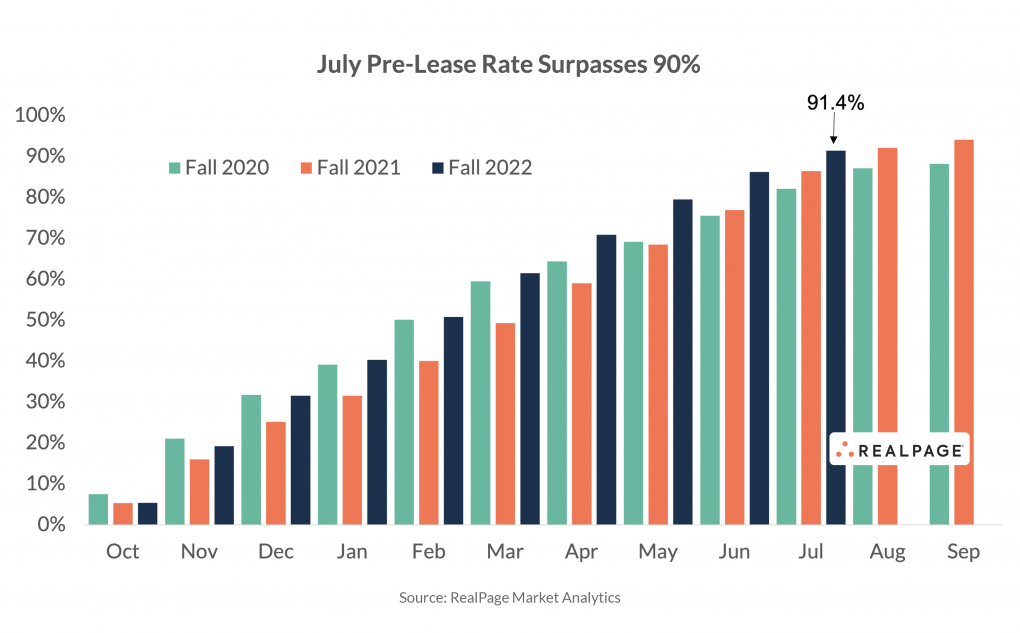 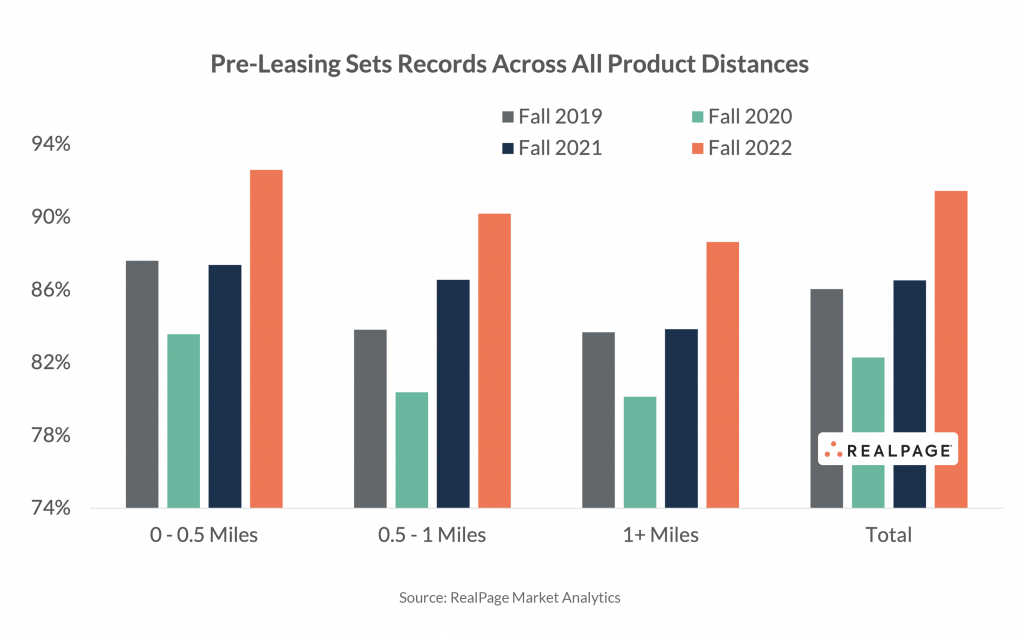 Many schools reported year-over-year effective rent growth above 10% in July. Some universities in Florida – where conventional apartment rent growth leads the nation – reported some of the highest student housing rent growth as well, including the University of Miami, Florida Atlantic University Boca Raton and Florida International University. Less than a dozen schools reported rent cuts in July, and those that did tended to be high-supply Sun Belt schools, including a couple universities that have faced enrollment challenges of late.