How Job-Opening Rates by Industry Have Changed 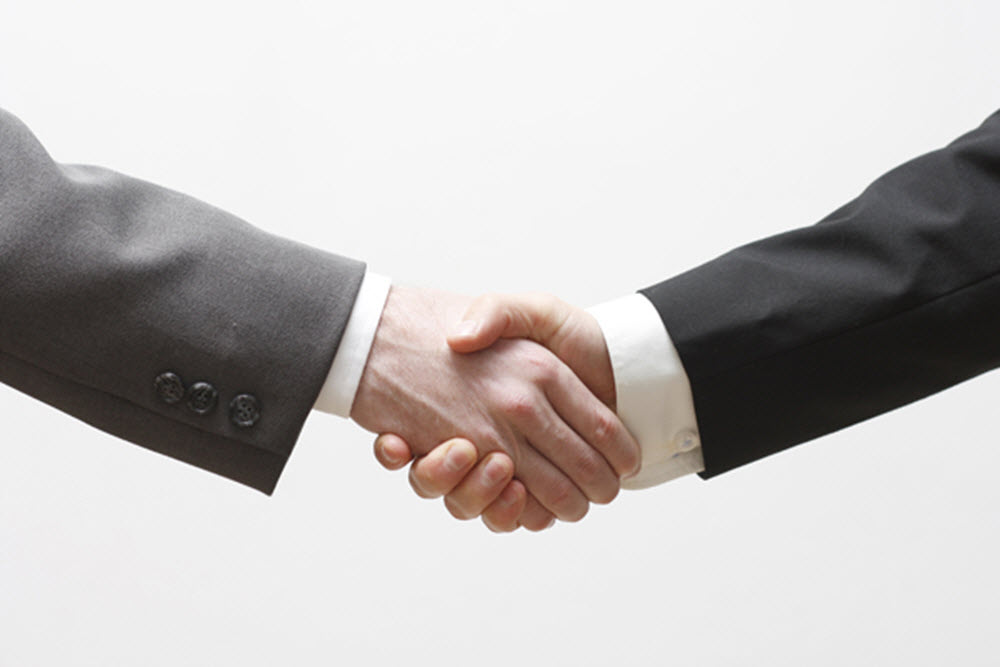 One of the U.S. Bureau of Labor Statistics’ Monthly Labor Review articles in January 2016 titled “Which industries need workers? Exploring differences in labor market activity” discussed in-depth the relationship between certain data elements from the BLS’s Job Openings and Labor Turnover Survey (JOLTS). Specifically, it graphed and examined the simultaneous connections as they existed in 2014 between the job-opening rate and hiring rate for the standard industry classifications.

Has that relationship between job openings and hiring rates changed during and after the recovery? Let’s look at data from 2012 and 2017 to see.

The job-opening rate is the number of advertised and open positions an employer has at the end of the month, divided by the number of employees in the industry. It is a good measure of the unmet demand for workers. The hiring rate, as it implies, is the number of newly employed workers likewise divided by the employees in that industry. Together, they can give you an idea of which industries might attract young people entering the workforce and which are harder to get into. 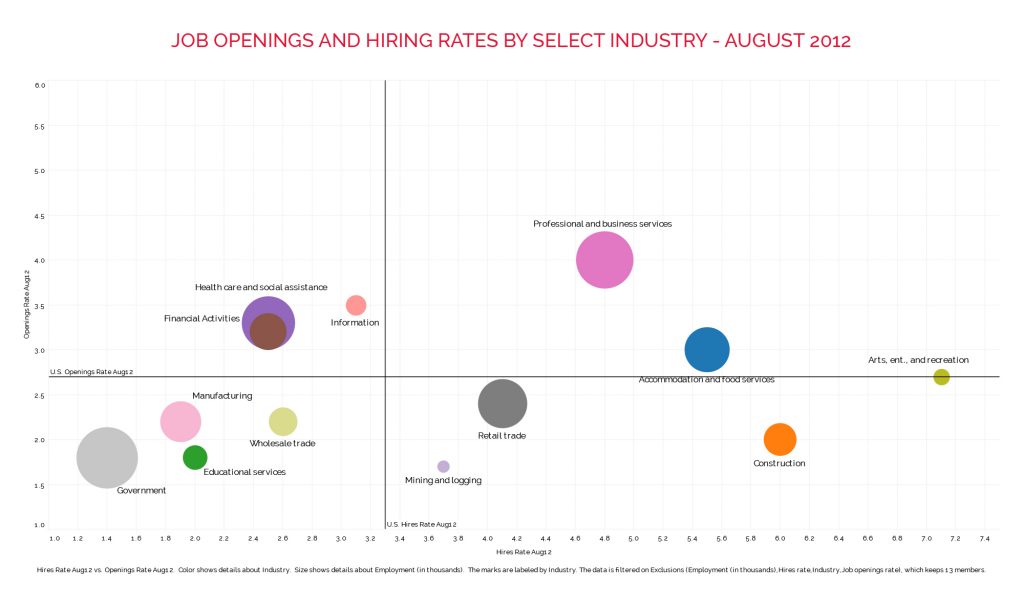 As you can see in the chart, several industries fall into each quadrant. Industries with low job openings and low hires, such as Government, Manufacturing and Wholesale Trade, are not typically good candidates for job seekers since they are not traditionally high-growth. Private school teachers who make up the bulk of Educational Services (as well as the public school teachers in the Government industry) also are considered low growth.

Industries with high job openings and low hiring rates, such as Health Care, Information (tech) and Financial Activities, have many jobs unfilled because they often require special training or education. High job openings and high hiring rates are typical of the Accommodation & Food Services and Professional & Business Services industries. The high turnover in subsectors such as temporary help and food services keep the hiring rate high while employers also seek to fill these positions.

Lastly, the low job openings and high hiring rate industries such as Retail Trade, Construction, Mining & Logging and Arts, Entertainment, and Recreation can be either high- or low-turnover industries. Little need is felt by employers to advertise positions in some of these industries since they tend to fill quickly.

August 2017 JOLTS data (the latest available) found that the average U.S. job openings rate increased sharply to 4.0, while the hires rate has shifted up slightly to 3.7 as national unemployment has fallen to 4.1%. This caused only small changes to the positioning of each industry relative to the quadrants they occupied in 2012.