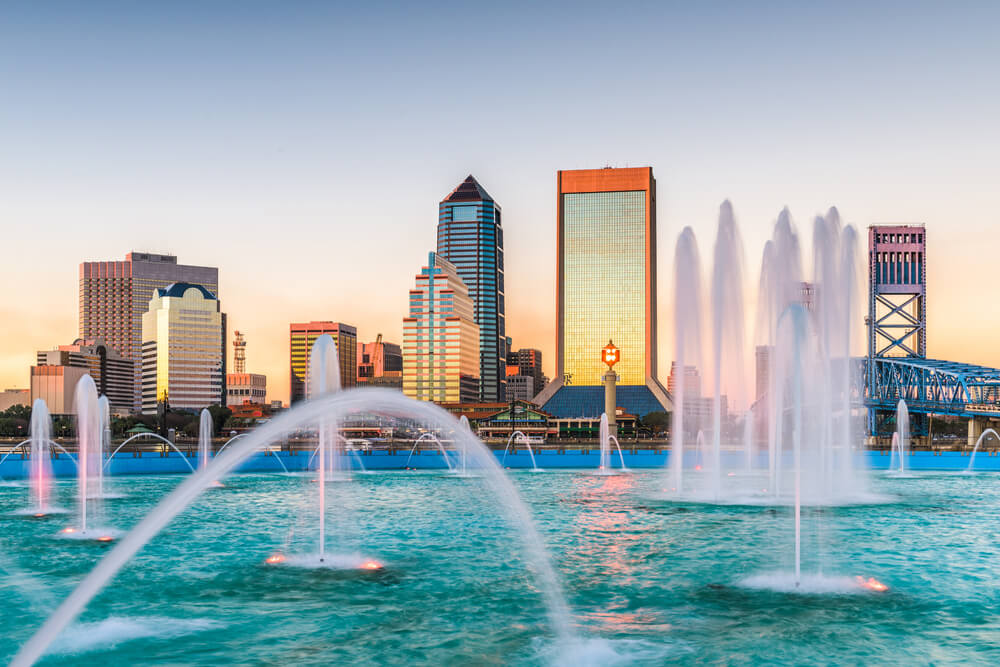 The Jacksonville apartment market stealthily made its way to the to the top echelon of major-market performance metrics during the second half of 2017, ranking in the top 12 since July and in the top five the past four months.

Jacksonville has been a volatile market over the past four years. A late bloomer in the immediate aftermath of the Great Recession, the metro’s apartment market didn’t have its first big climb in the decade until late 2014, into mid-2015, peaking at 6.4% in September 2015. Year-over-year job gains did not start averaging more than 10,000 per month until mid-2013, and construction of new supply didn’t start in earnest until the following year.

Jacksonville occupancy rates have increased year over year, outperforming the nation and several other major metros. 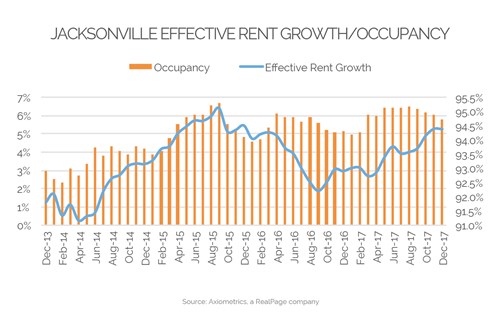 One of the last to rise, Jacksonville was also one of the first to fall, foreshadowing national apartment market moderation by descending rapidly to 1.9% in September 2016. The latest acceleration really began in April 2017.

The metro has a diversified economy, with distribution, information services, and manufacturing among the strongest employment sectors. Trade, Transportation, and Utilities recorded the biggest job growth in November (+6,0%), followed by Other Services (+5.4%) and Construction (+4.9%). Jacksonville’s port is a hub for automobile delivery. 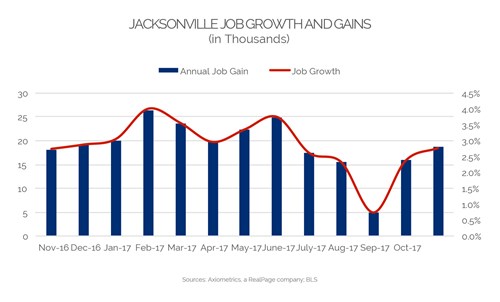 This steady job growth has combined with moderate new-supply deliveries to help keep rent growth far higher than the national average. Deliveries in 2015 surpassed those in 2016, and while the construction volume increased in 2017, the primary push didn’t occur until the second half of the year.

If job growth continues at its current pace and new residents keep on moving in, the long-term forecast for Florida’s fourth largest metro is positive.