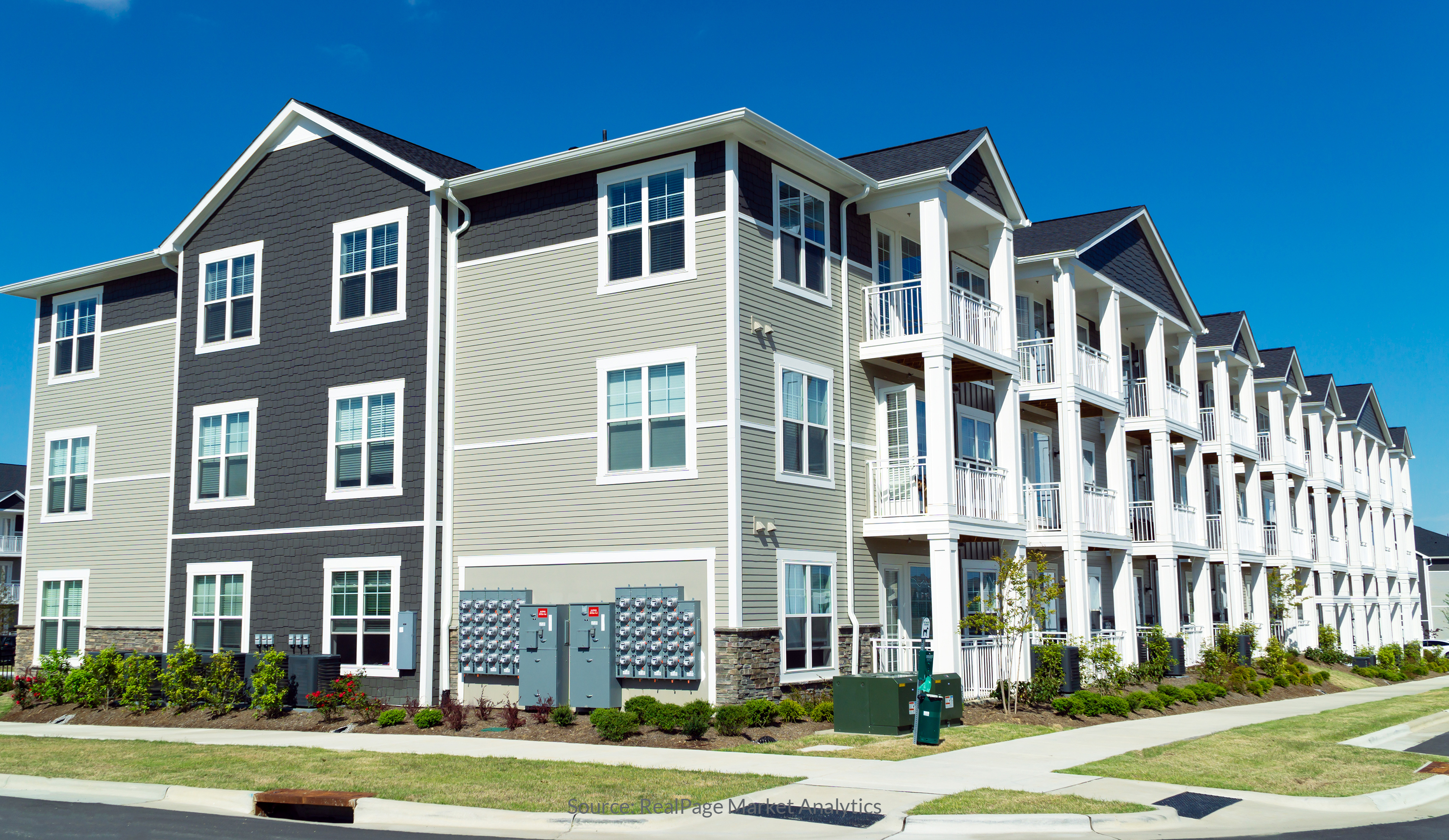 Apartment rent growth is still strong by many measures, but those headline-grabbing figures recorded in the recent past appear to have peaked.

By most metrics, rents – which have been growing at historic highs in the past two years – appear to have peaked, according to data from RealPage Market Analytics. RealPage is predicting the 2nd quarter 2022 numbers are going to be pinnacles across most major apartment markets. 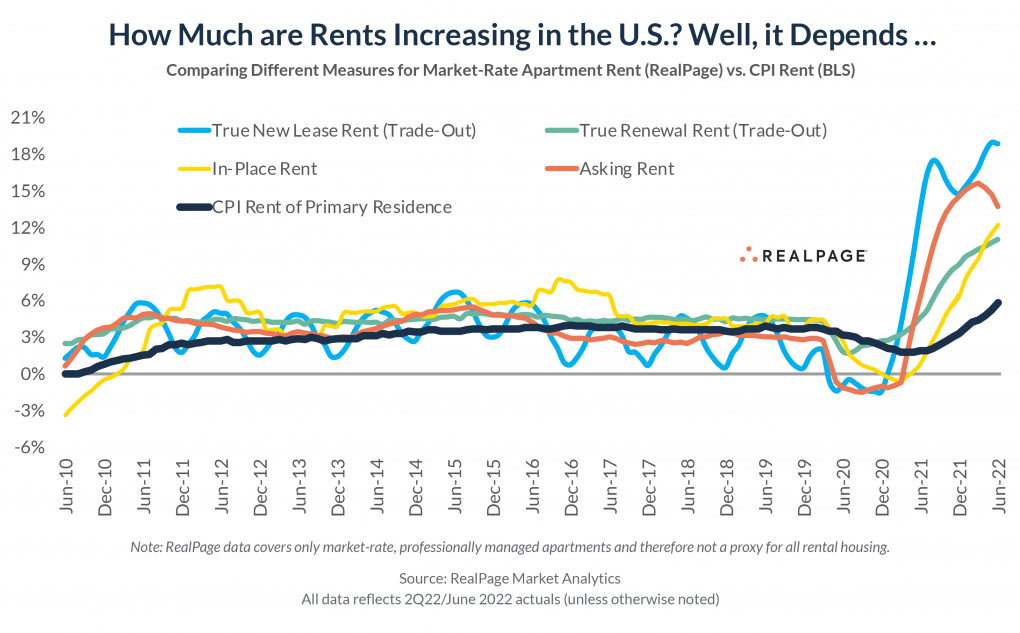 New lease trade-out, which measures the change in rent levels over the previous occupant’s price, hit about 19% in June, which seems to be the nation’s peak moment, as about half the largest 50 apartment markets saw lease trade-out ease a bit in June.

Asking rent change, a commonly used metric, was at 13.7% in June. This measure, though well ahead of the five-year average of closer to 4%, peaked at over 15% during the first few months of 2022 before coming down more recently.

In-place rents, which is the average increase in prices in rent roll, hit 12.2% in June. This measure has seen an increase in each of the past 14 months, but don’t look for that to continue for much longer.

Renewal trade-out is the change in price when an occupant renews a lease in the same unit, and that price change indicator was at about 11% in June. That was also a historic peak for an indicator that has continued to grow.

The Consumer Price Index (CPI) of Primary Residence, reported by the Bureau of Labor Statistics, hit 5.8% in June. This metric is going to take the longest to hit its peak, as it is a lagging indicator. CPI rent is going to continue to trend upward long after rents have topped off.

For more information on the state of the U.S. apartment market, including forecasts, watch the webcast Market Intelligence: Q3 National Multifamily Update.