Is Florida’s Apartment Market About to See a Slowdown? 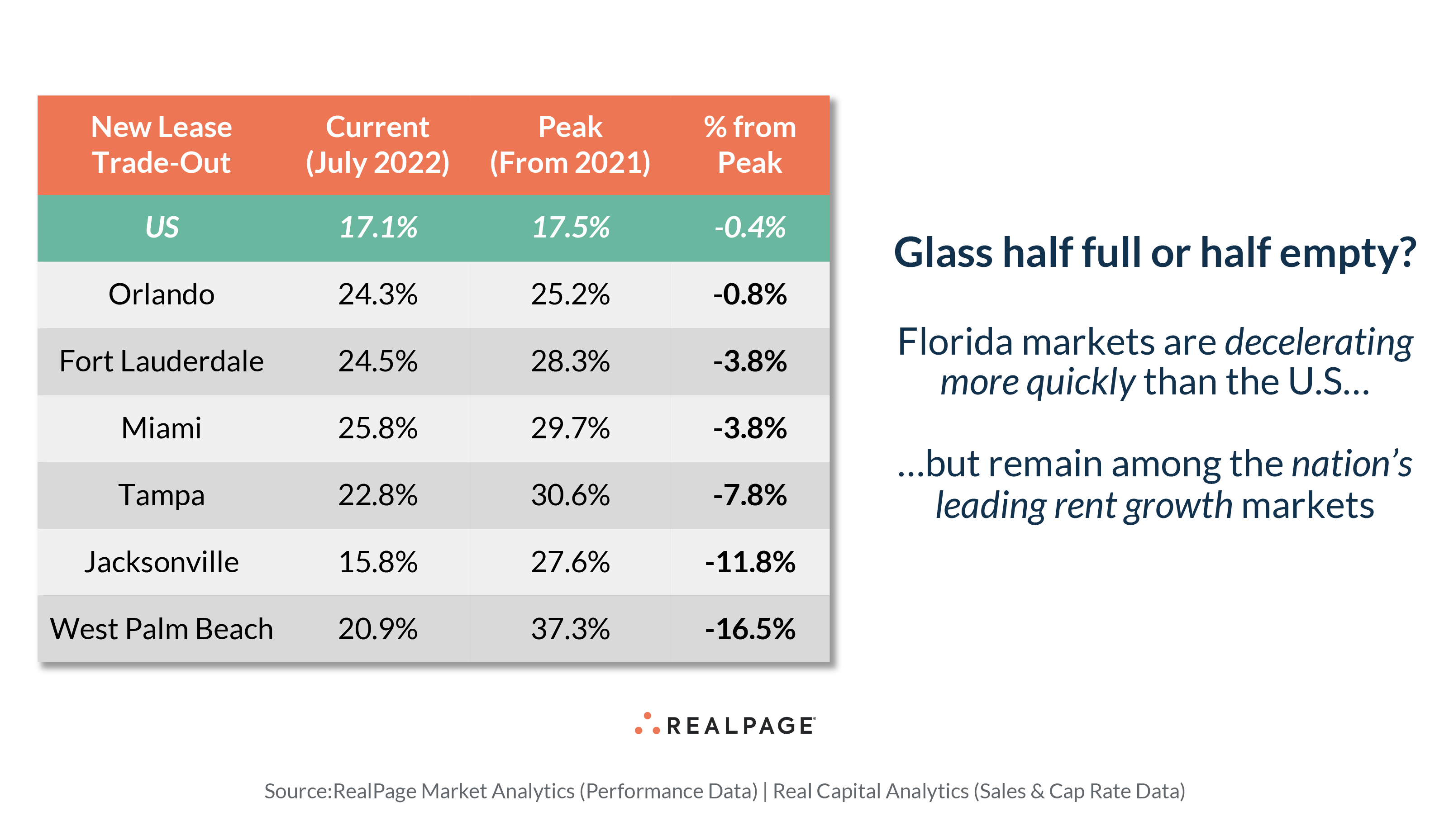 Florida’s apartment performance during the past few years has been staggering as remote workers flocked to the state’s beach towns. And while rent growth is certainly fading, price increases remain some of the hottest nationwide. When looking at new lease trade-out, the U.S. overall has seen prices fade by 40 basis points (bps) since peaking in 2021, according to data from RealPage Market Analytics. That decline is much more significant in apartment markets like West Palm Beach and Jacksonville, where new lease trade-out has faded by 12% to 17% compared to their 2021 peaks. In fact, only Orlando holds around the same level as what was seen in the U.S. overall. Still, even with recent declines in these Florida markets, current new lease trade-out still exceeds national norms. In fact, price hikes remain in the top 10 nationally in Tampa, Miami and Orlando. Meanwhile, Jacksonville (at 15.8%) is the only Florida market that trails the U.S. average for this measure.