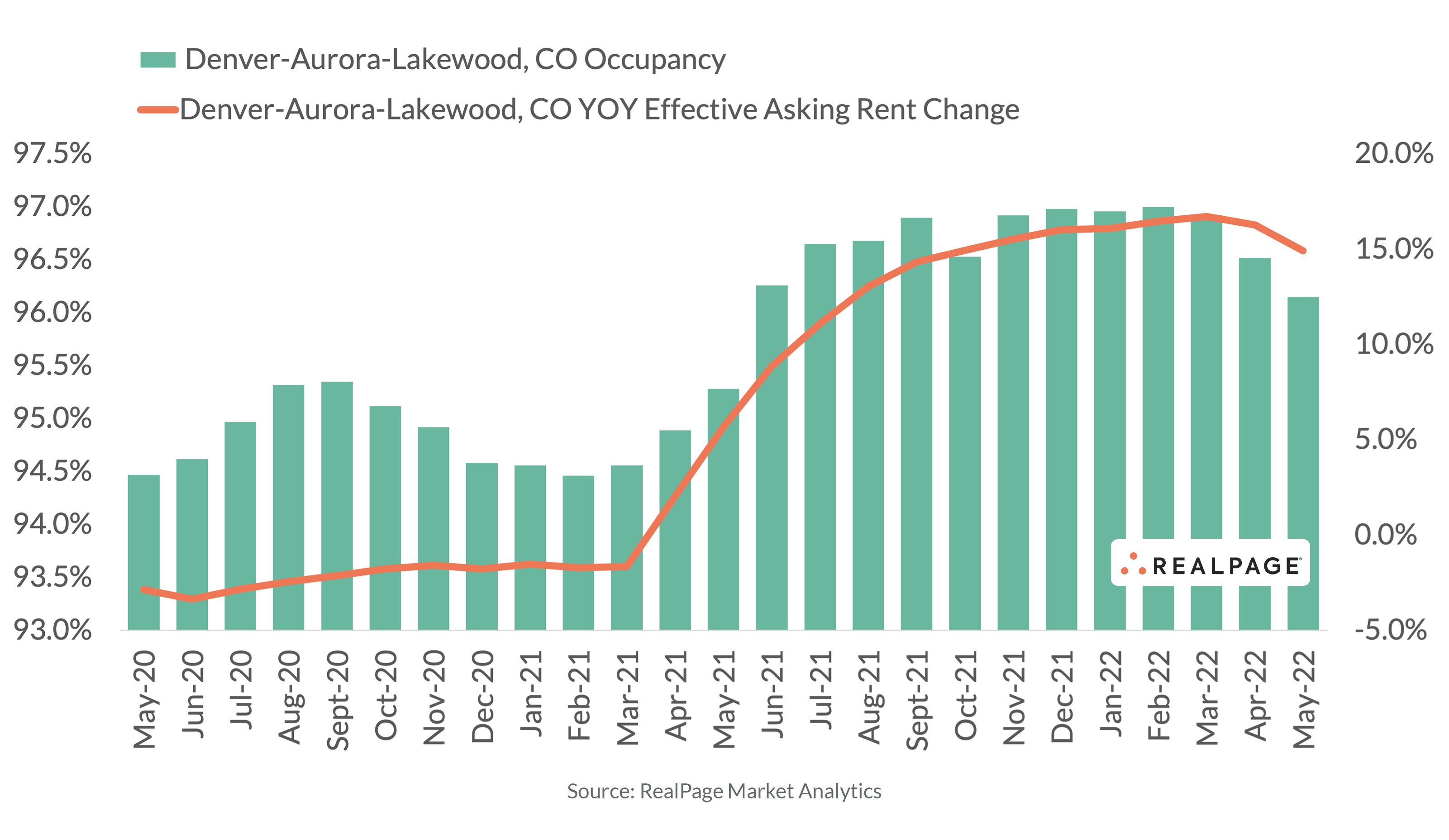 Driven by strong occupancy and solid rent growth, investor interest remains high in the Mile High City, which also benefits surrounding markets like Colorado Springs, located just an hour away. In May 2022, occupancy in Denver landed at 96.2%, up 90 basis points year-over-year, according to data from RealPage Market Analytics. However, May’s occupancy rate fell about 80 basis points below Denver’s most recent record high of 97%, where the market has hovered for much of the past year. Meanwhile, operators in the Mile High City pushed effective asking rents up nearly 15% year-over-year in May, which was significantly above the 10-year average (5.6%). As of May 2022, the construction pipeline shows 25,253 units under construction in Denver with just over 12,650 of those units expected to complete within the next year, increasing existing inventory by about 4%. At the same time, Colorado Springs has nearly 6,000 units under construction with roughly 3,800 units expected to deliver over the next four quarters, increasing inventory 7.3%. That under construction inventory ratio significantly outpaces Denver’s expected delivery load increase and ranks Colorado Springs #3 in the nation for completions as a percentage of inventory delivering within one year. That is good news for renters looking for housing but could tamper performance for both markets in the near term.