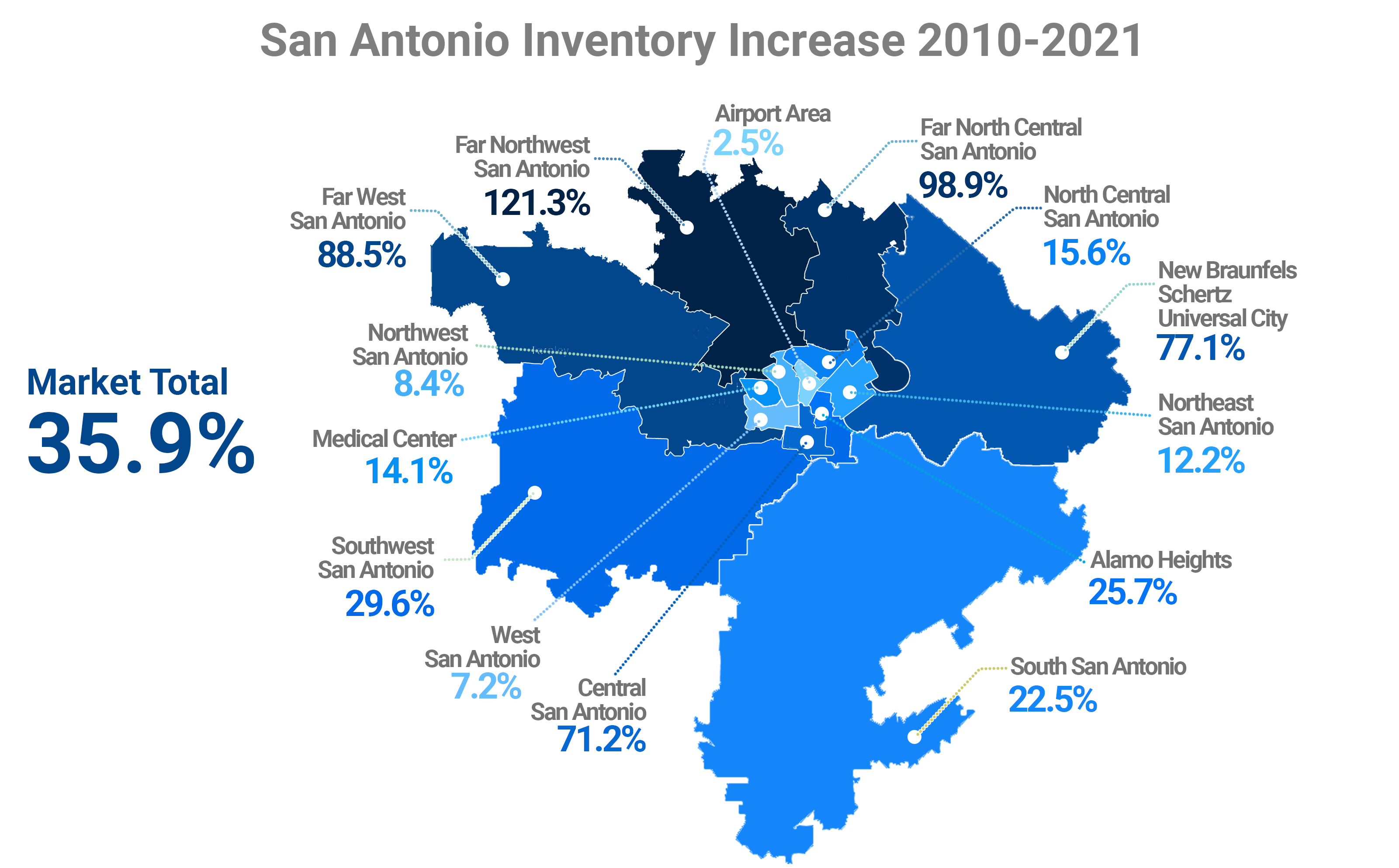 Over the course of this real estate cycle, which began in 2010, total apartment inventory in the San Antonio-New Braunfels market has grown by a little over a third, according to data from RealPage Market Analytics. In some submarkets, however, inventory has doubled – and all those submarkets are located in the northern part of the market. Far Northwest San Antonio has grown inventory by a whopping 121% since 2010. Submarkets that have almost doubled inventory in the past decade or so include Far North Central San Antonio (99%), Far West San Antonio (89%) and New Braunfels/Schertz/Universal City (77%), which bumps up against the San Marcos submarket in the Austin metropolitan area. Only one submarket outside the northern part of San Antonio has seen inventory increase anywhere close to these rates: Central San Antonio at just over 71%. Most submarkets in the southern part of the market have grown far more modestly, ranging between 3% (the Airport Area) and 30% (Southwest San Antonio).