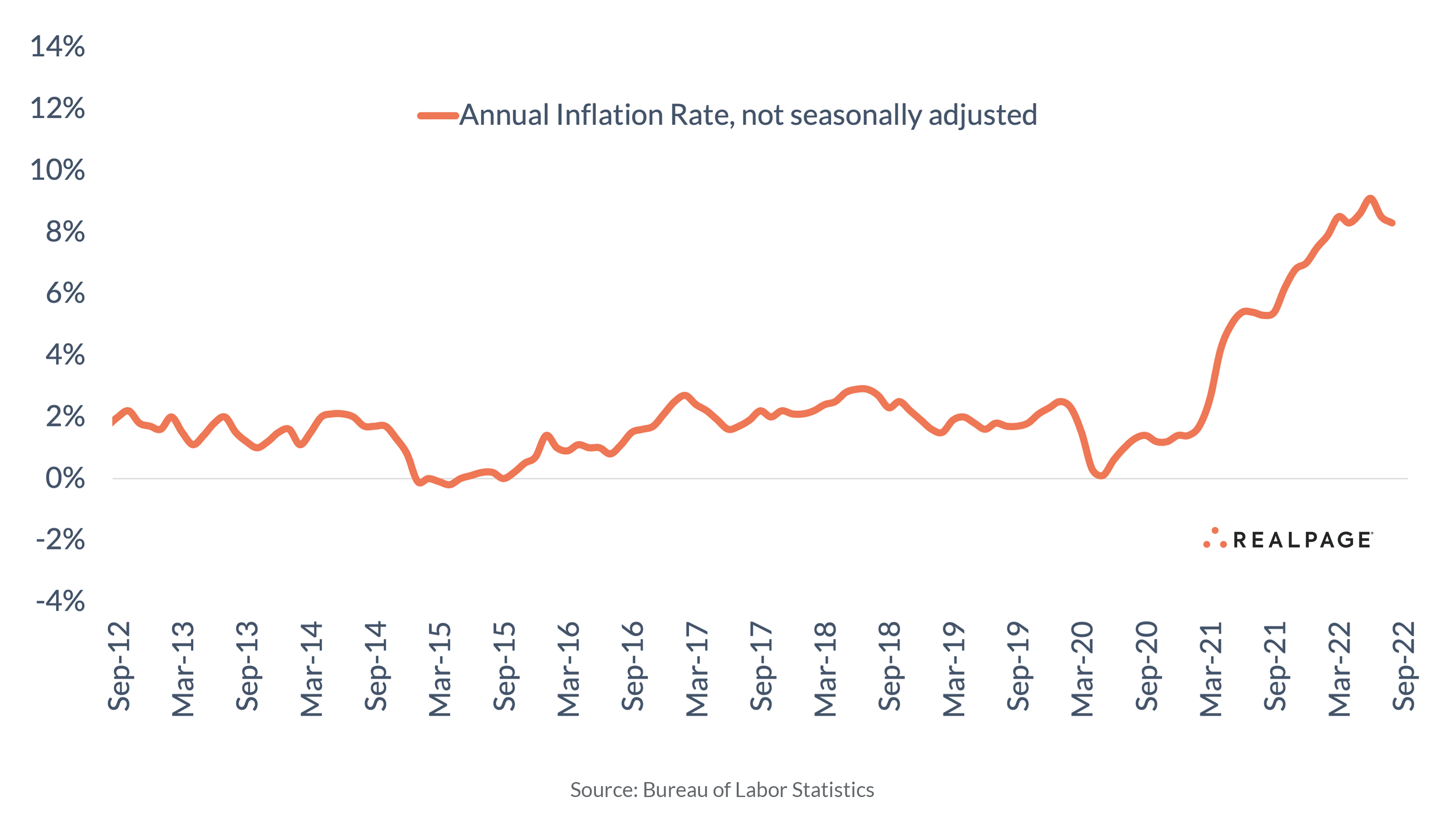 U.S. inflation eased for the third straight month in September, but price increases remain stubbornly high despite efforts by the Federal Reserve to combat inflation by raising interest rates. While inflation is at a seven-month low, it remains near 40-year highs. The Consumer Price Index (CPI) for All Urban Consumers, a measure of price changes commonly referred to as the inflation rate, was up 8.2% on an annual basis in September 2022, according to the Bureau of Labor Statistics. That was slightly lower than the 8.3% annual increase in August and below the 9.1% hike in June, which was the biggest year-over-year jump in prices since November 1981. However, September’s rate was slightly higher than the 8.1% increase forecasted by economists. Inflation has now remained at or near 40-year highs for 11 consecutive months, the biggest price surges since the severe economic recession of 1981-1982. The most recent increase in inflation was broad-based. Energy prices were up 19.8% in the year-ending September, with gasoline prices 18.2% higher than a year ago, but both of those measures were the lowest since early 2021. The cost of shelter rose 6.6% over the past year, the largest 12-month increase since August 1982. Food prices climbed 11.2% on an annual basis, down from 11.4% a month earlier, but still one of the largest 12-month increases since May 1979. The price of new vehicles was up 9.4% in the year-ending September, the smallest 12-month increase in over a year. The cost of used cars and trucks climbed 7.2% over the past 12 months, though that was a vast improvement from the roughly 20% to 40% increases from April 2021 to April 2022. Additionally, the cost of airline fares was up 27.7% year-over-year in August, the largest 12-month increase in over four decades.