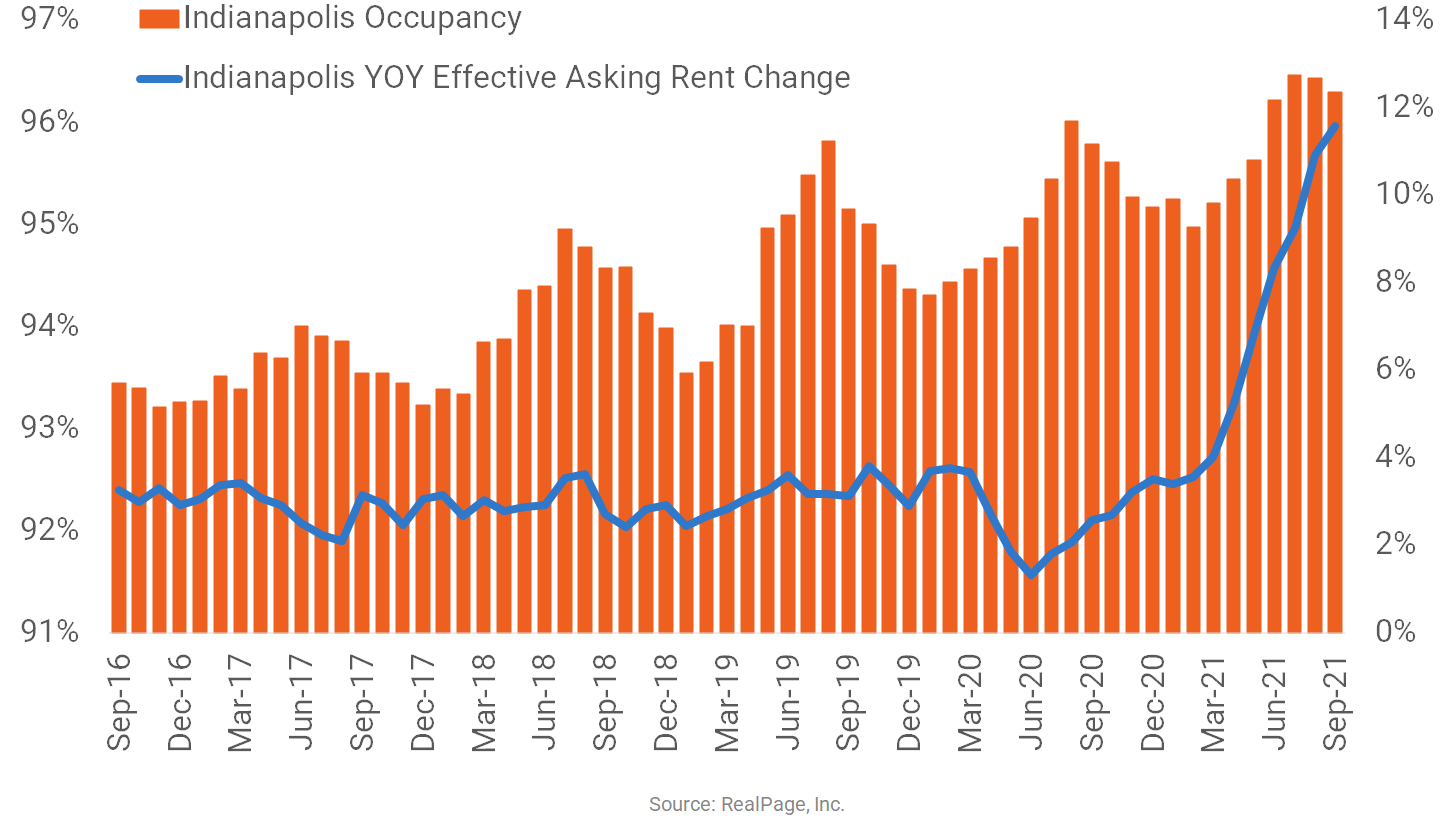 For the first time in at least two decades, annual rent growth in the Indianapolis apartment market is reaching beyond the 10% mark. As of September, year-over-year effective asking rent growth hit 11.6%. This is the second consecutive month of annual price increases in the double digits, a place Indianapolis has yet to reach until now. In fact, in the past five years, apartment operators in Indianapolis have been enjoying elevated rent growth, but even that solid streak averaged at less than half the current showing at 3.6%. While this recent threshold in rent growth is a feat for Indianapolis, it’s not quite as impressive on a national scale, where the average annual price hike in September came in at 12%. Occupancy in Indianapolis is also below the national norm, at 96.3%. Though, much like the rent growth figure, the latest occupancy showing in this market is also ahead of long-term historical standards. In the past five years, occupancy in Indianapolis has averaged quite a bit lower at 94.5%.