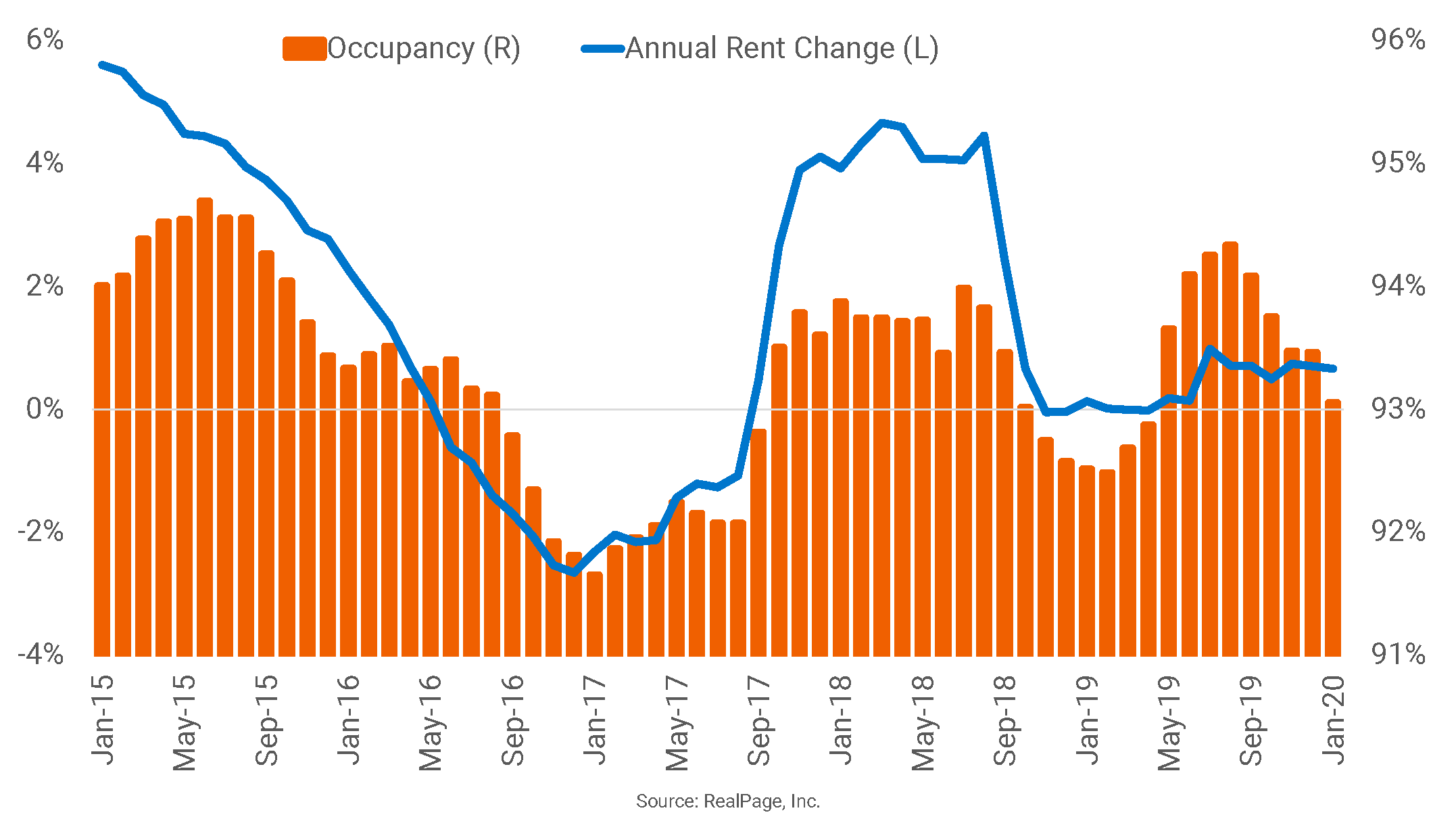 While the broader U.S. market has seen apartment occupancy at near-record highs, Houston has struggled with vacancies. As apartment fundamentals have remained weak, occupancy in Houston has been the lowest of any major U.S. market for the better part of the past two years. Houston lost more ground recently, as occupancy dropped to 93.1% in January, down 0.4 points month-over-month. Not only was that the weakest occupancy reading among the top 50 markets nationally, the monthly decline was the steepest. As operators have struggled to fill units, rent performance has suffered. Annual rent change levels in Houston have registered at or below 1% since October 2018. In January 2020, rents ticked up just 0.7% year-over-year, the weakest performance among the nation’s 50 largest markets. For comparison, the national average ranged from roughly 3% to 3.5% since October 2018 and measured 2.9% in January 2020.