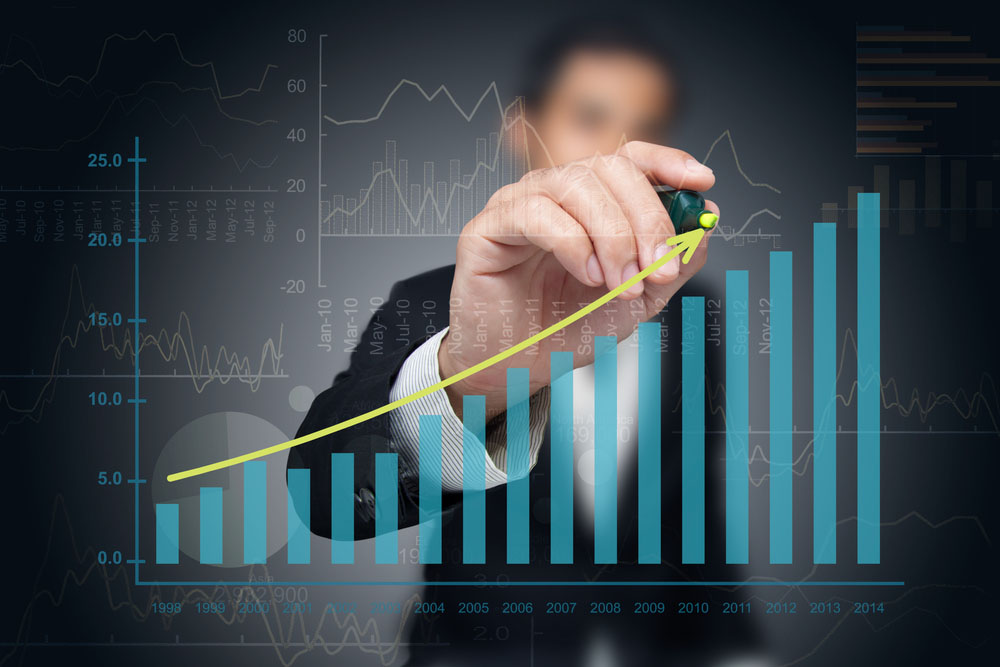 Houston continues to surprise the nation with outstanding job gain figures as reported by the Bureau of Labor Statistics.

For the year-ending September 2018, annual not seasonally-adjusted job gain in Houston reached 128,700, an increase of 4.3% for the year. Local economists are wary of such a high figure, but even discounting for a post-hurricane related boost and potential future downward revisions, there is no doubt that Houston is attracting economic growth and creating jobs.

Houston outpaced New York (95,000 jobs) in hiring by almost 34,000 jobs, a difference nearly equal to the total number of jobs created in the entire year in Chicago or Fort Lauderdale (about 35,000 each). Dallas ranked third in the nation for annual gains, adding 85,900 jobs as of September 2018. All three returned to the top 10 list in the same order as last month.

The remaining seven markets from last month’s top 10 list returned too, but with some movement.

Phoenix retained its #4 spot with 78,200 jobs gained through September, while Orlando shot from #10 in August to #5 this month with 73,300 jobs. Orlando had experienced net losses in September 2017 due to Hurricane Irma, which effectively shut down economic activity throughout Florida. Removing that month from the 12-month rolling total and accounting for the October 2017 rebound surge, job gain and growth figures for most of Florida’s markets will seem somewhat inflated this month, but should return to a more normal track next month as October 2017 falls out of the 12-month total.

Washington, DC returned to the #6 spot, with a solid 66,900 jobs added in the nation’s capital, and Seattle slipped to #7 with 66,300 jobs added, despite posting some of its best gains in more than two decades. Atlanta and Boston switched places from last month at #8 and #9 with job gains of 60,300 and 52,300, respectively. Los Angeles dropped to the #10 spot with 52,000 jobs added through September.

Speaking of a post-hurricane bounce, Tampa was the only other Florida market in the top 20 last month at #19, but September saw Tampa jump to #12. Miami jumped from #29 to #11 and Fort Lauderdale shot from #55 to #19. Further down the list, Jacksonville improved from #31 to #22 and West Palm Beach bounced from #87 to #33. With October’s 2017 rebound out of next month’s annual job gain numbers, performances in these markets should normalize again. 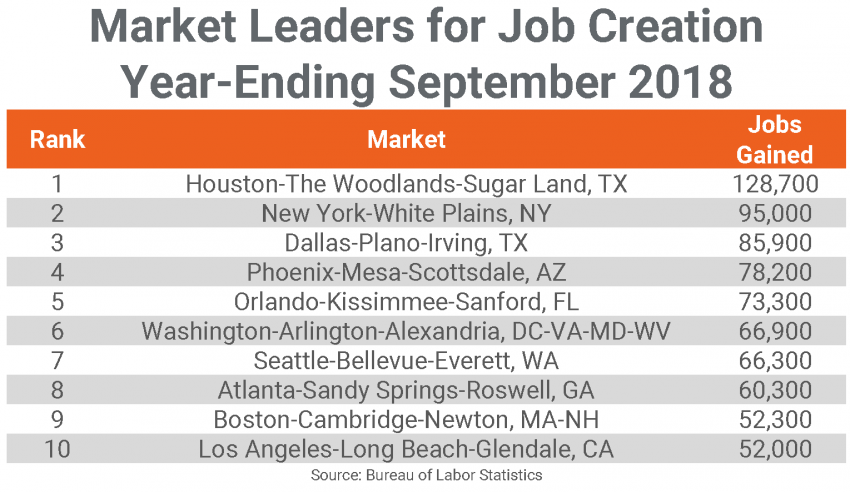 In a sign of the dramatic difference in job gain for Houston year-to-year, Houston’s reported gains were 108,000 jobs greater than the same period in 2017, more than the entire reported annual gain for #2 New York. Performances in Washington, DC, Boston and Seattle each improved by about 30,000 jobs from the year-ending September 2017, while Dallas, Cleveland and Phoenix added about 24,000 more jobs from their year-ago annual pace. The major Florida markets experienced post-hurricane employment bounces averaging 45,000 jobs.

A few markets are continuing to struggle with their employment base, but only four of RealPage’s top 150 markets experienced annual job losses in September. Wilmington, NC lost 4,500 jobs while Salisbury, MD and Youngstown, OH lost 1,500 and 2,400 jobs, respectively. Additionally, Shreveport, LA lost only 100 jobs for the year-ending September 2018.

The list of top markets for job growth as a percentage of total employment for September 2018 is dominated by several smaller post-hurricane Florida markets. In fact, including Orlando, seven of the top 10 are Florida markets. Smaller markets tend to generate larger percentage growth rates with lower job gain figures compared to larger markets, thus, they tend to lead the list. Last month’s top three markets for percentage job growth – Midland/Odessa, Provo and Colorado Springs – all returned to the top 10, but were displaced in top rankings by Florida markets. 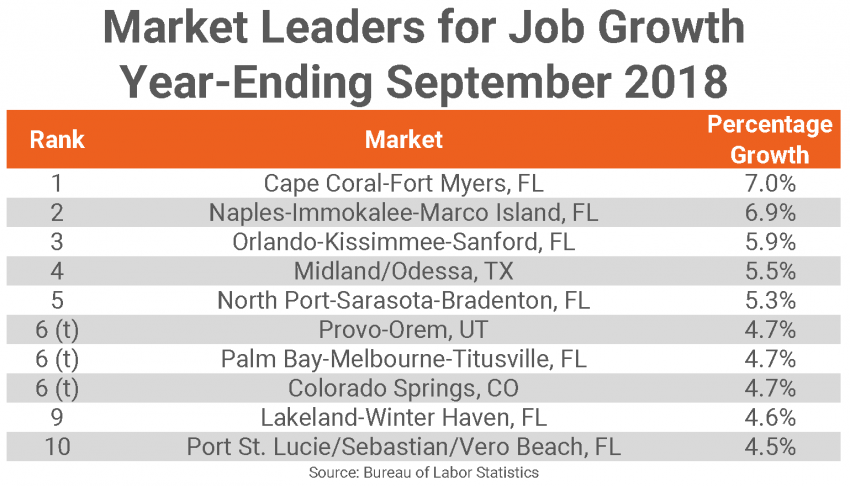 Comparing current annual job growth rates with those from one year ago, and ignoring the post-hurricane bounce Florida markets (which made up 15 of the top 17 top performances), Houston jumped 360 basis points (bps) and was the only major market with a significant increase in annual job growth. Other strongly improving markets include: Corpus Christi, TX (300 bps), Columbia, SC (270 bps), Lincoln, NE (260 bps) and Wichita, KS (250 bps).