Houston Leads Nation for 2016 Completions as Rents Continue to Slide 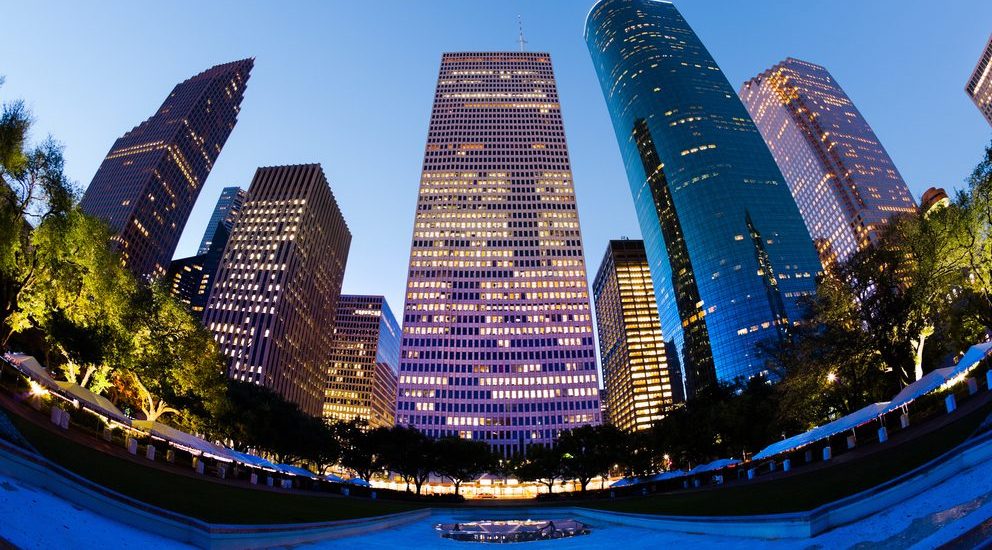 A huge wave of new apartment completions late in the year pushed Houston to the top of the national rankings for new apartment supply in 2016. Such new supply volumes, combined with lingering uncertainty about the health of the energy sector, perpetuated rent cuts across much of the metro.

Apartment properties finished during the final three months of the year in Houston totaled 8,193 units. The late 2016 additions marked the metro’s biggest block of quarterly new supply since the late 1990s and landed Houston atop the national leaderboard for new supply in 4th quarter 2016.

Houston also led all metros nationally for completions in 2016. The Bayou City metro received 22,471 units this year, a multi-decade high. This year’s completions were clustered in the urban core, Energy Corridor and a handful of affluent suburbs in the metro’s north side.

Construction activity is cooling, however, as the 25,771 units underway at the end of 2016 were the fewest since 2013. Still, annual new completion volumes will likely remain elevated over the next year.

A slew of new properties moving through initial lease-up at the end of 2016 fueled unusually strong demand for 5,283 units in 4th quarter, a period when renters tend to be hesitant to move due to the holidays and sometimes challenging weather conditions. Demand in 4th quarter pushed the 2016 count to 15,746 units. Both tallies were among the nation’s largest.

Apartment operators again reduced rental rates in 4th quarter 2016, with average effective monthly rents for new leases dropping 1.2% quarter-over-quarter and 1.4% year-over-year. Houston joined San Francisco, San Jose and New York as the only major U.S. metros to implement rent cuts on an annual basis in each of the past two quarters.

Twenty-four of Houston’s 35 submarkets saw recorded annual rent cuts in 4th quarter 2016, signaling that the prolonged supply wave and persistently low oil prices could be eroding operator confidence. Submarkets within the urban core registered the greatest losses, while areas just outside of the city’s center saw the strongest rent increases. Sharpstown/Fondren Southwest and Northeast Houston experienced respective growth of 5.9% and 5.3% 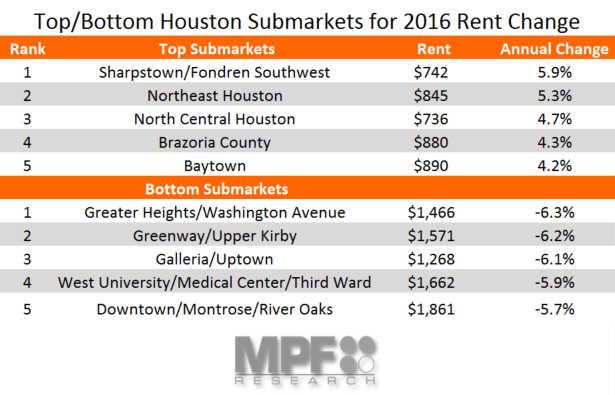 Year-end 2016 apartment occupancy stood at 93.2% percent in Houston, down from 93.8% in late 2015. Following the normal seasonal pattern, occupancy cooled a bit on a quarterly basis, dipping from 93.5% percent as of September.