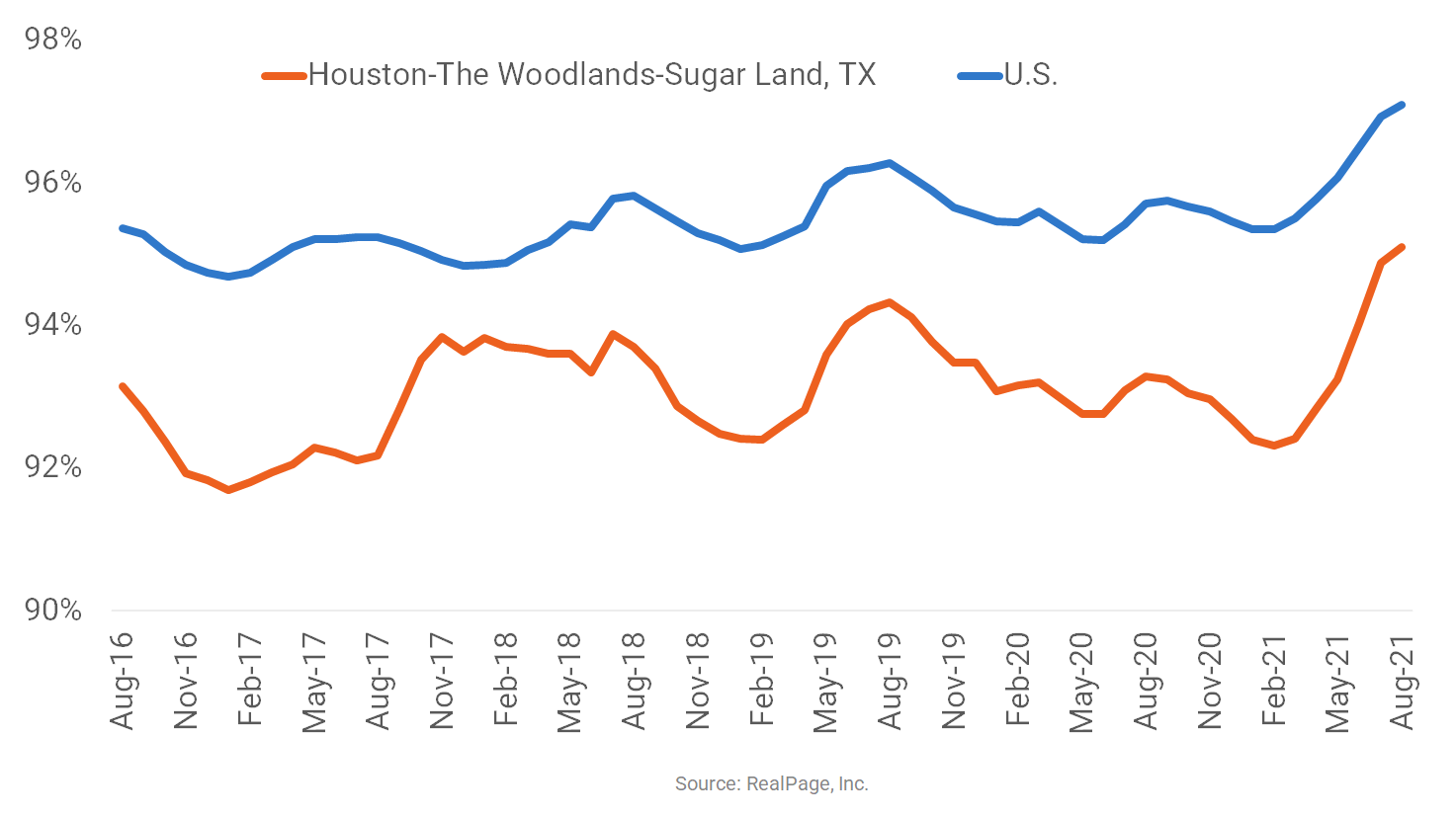 While other major apartment markets across the nation reached unprecedented occupancy levels in August, Houston’s performance remains closer to reasonable levels. Apartment occupancy in Houston reached 95.1% in August. While this was a two-decade high for the market, and 190 basis points (bps) above the previous year’s showing, this latest figure was still the weakest rate among the nation’s largest 50 apartment markets. Houston occupancy is also about 100 bps below the readings in the other big Texas markets. Occupancy in San Antonio and Fort Worth came in right around the 96% mark, while Dallas and Austin were even better at 96.5%. Contributing to Houston’s latest occupancy showing, this is also the least recovered job market in Texas. As of July, this employment base in Houston – which has diversified in recent years but remains dependent on the volatile energy sector – was still 4.8% behind the pre-pandemic norm. In comparison, the U.S. overall is 4.1% below pre-COVID-19 levels.