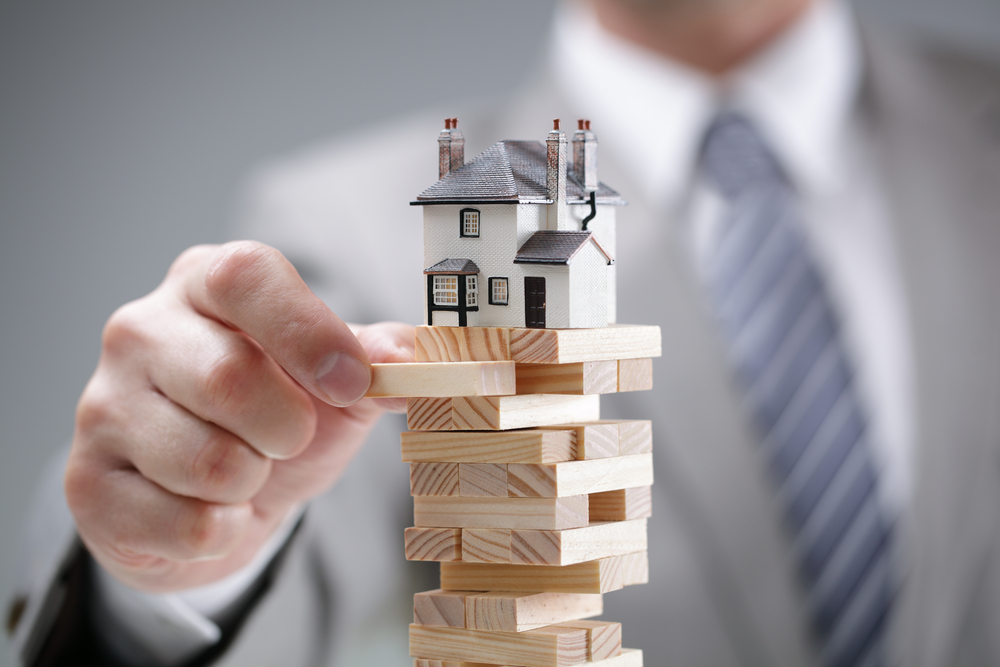 The goal of active management is to leverage internal human capital and generate excess returns over an appropriate benchmark. In order to outperform consistently, an active portfolio manager must be strategic, creative, analytical, but above all else, he needs to tap into an innate advantage. This piece introduces the idea of using historical probabilities to improve real estate performance, similar to the house advantage during a casino game.

To begin, MPF Research looked at annualized revenue growth over 41 quarters from 4th quarter 2004 to 4th quarter 2014. Next, we looked at the information on a rolling three-year basis to determine which submarkets tend to underperform and outperform the metro norm. Using Nashville as our case study, let’s dive into our list of outperformers and underperformers.

A wise man once told me an effective way to analyze a submarket is to look at the rental rate. The theory is that high-rent districts typically signify a competitive advantage and as such, apartment operators can charge a premium. Nashville fits this to a tee. The three most expensive submarkets are Central Nashville, Franklin/Williamson County and West Nashville, which also top the list of areas with the highest historical probability to outperform metro Nashville. Moreover, unless something were to fundamentally change, this is our baseline moving forward.  This list also tells us whether development activity is occurring in the right spots to meet demand. In Nashville’s case, the development pipeline is aimed in the right areas. For example, submarkets that outperformed the metro norm more than half of the time accounted for 54% of new completions in 2014. Furthermore, these same areas – Franklin/Williamson County, West Nashville, Central Nashville and South Nashville – represent 67% of the construction pipeline at the end of 2014. This suggests the current supply wave occurring in Nashville should not compromise the long-term health of the market.

The Signs Are There

The old saying “A picture is worth a thousand words” applies here. By visually illustrating a submarket’s historical performance relative to the metro, we get a visual SWOT analysis. For example, in Central Nashville and Franklin/Williamson County – two of the busiest submarkets nationally for construction activity – supply is clearly having an impact on revenue. As a result, these typical outperformers have recently become underperformers. Is this an inflection point or simply a blip? Specific to both submarkets, let’s look at recent news. In January, Bridgestone Americas broke ground on a new 30-story, $200 million headquarters. The new office building located in the SoBro area of downtown Nashville is expected to open sometime in the second half of 2015 and house 1,700 employees. Similarly, the Cool Springs corridor of Franklin remains hot from both an employment hub and real estate development perspective. Look no further than Franklin Park, a 72-acre mixed-use corporate complex.

Overall, given the proximity to I-65, a dense and growing employment concentration, population growth and entertainment venues, the future prospects for Central Nashville and Franklin/Williamson County look bright. MPF Research believes once supply volumes normalize, these areas will once again become the steady outperformers. 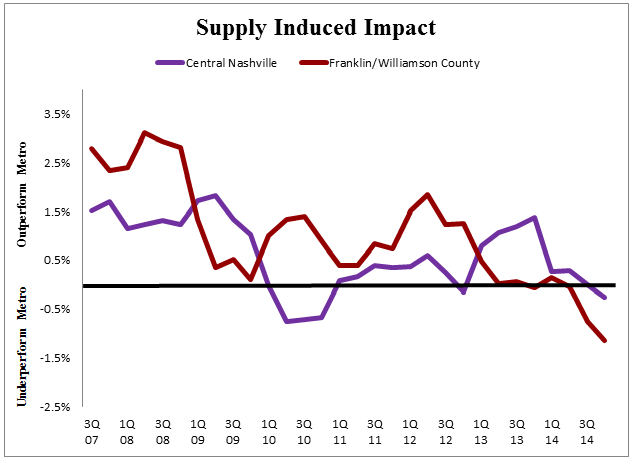 However, the opposite trend is true in the up-and-coming area of East Nashville. East Nashville, which has been late to the apartment boom, has tended to underperform historically, but times are changing. East Nashville is now one of the city’s hottest apartment markets with rent growth of 7.8% in 2014. Furthermore, occupancy has climbed 6.1 points since 4th quarter 2009 to 96.4% at year-end 2014. That occupancy tally was the highest level since 3rd quarter 2007. Similarly, but to a slightly lesser extent, Southeast Nashville has made great strides. Southeast Nashville recorded annual rent growth of 6.9% in 2014, significantly higher than the 5.2% gain at the metro level. Occupancy has increased 3.0 points since 4th quarter 2009 to 94.2% at year-end 2014. 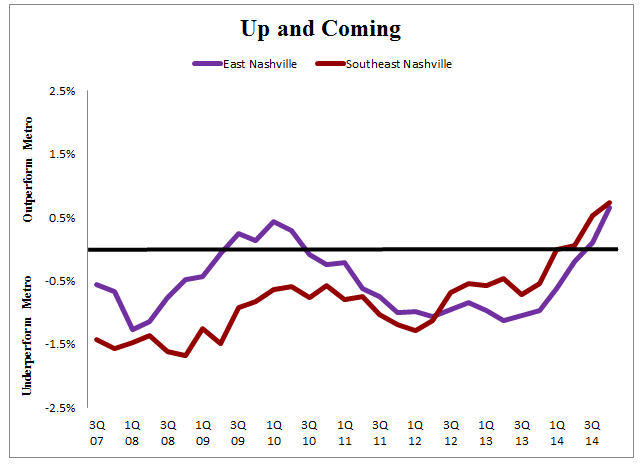 In conclusion, real estate is a local business. With the industry focusing more attention at the submarket and micromarket level, this analysis provides a historical roadmap. By specializing in the areas with a higher historical probability to outperform and avoiding the areas that tend to underperform, you dramatically increase your odds of successfully executing at the property level.