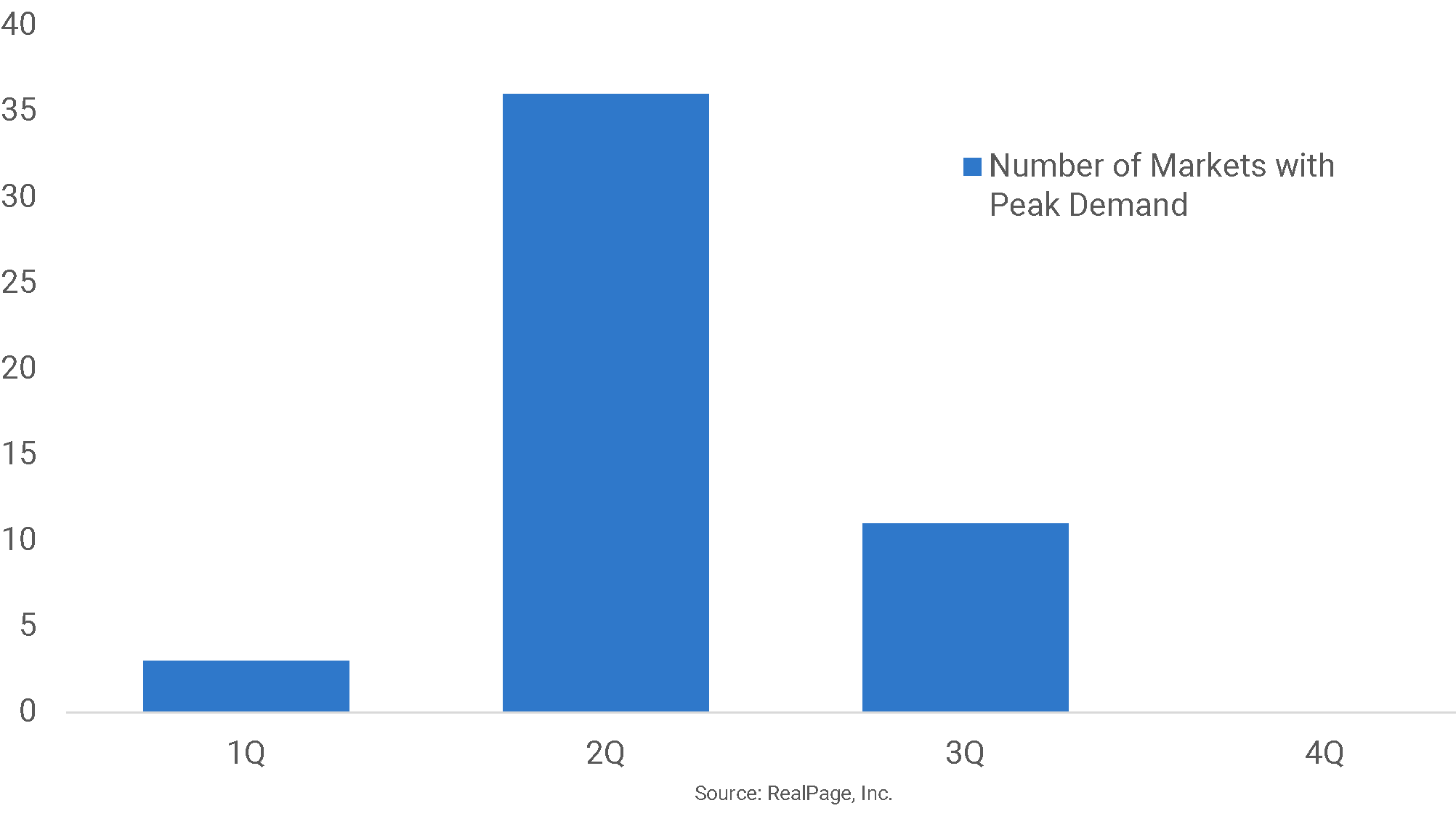 While the COVID-19 pandemic will likely change the way apartment demand typically works in 2020, previous patterns show that as the months begin to warm, so does apartment demand. Examining quarter-over-quarter occupancy change in the past ten years among the nation’s largest 50 apartment markets, the overwhelming majority record peak absorption in the April-June time frame. A handful of markets see peak demand volumes hit later in the year, in July-September. Typically recording peak absorption in January-March are three markets: Fort Lauderdale, West Palm Beach and Phoenix. In 1st quarter 2020, Phoenix logged one of the best demand performances in the nation but was still a shade behind the average this market typically sees in the first three months of the year. West Palm Beach’s early 2020 showing was right in line with what the market usually records in 1st quarter. Meanwhile, Fort Lauderdale showed a marked decline, with a 1st quarter demand result at about half its average reading.