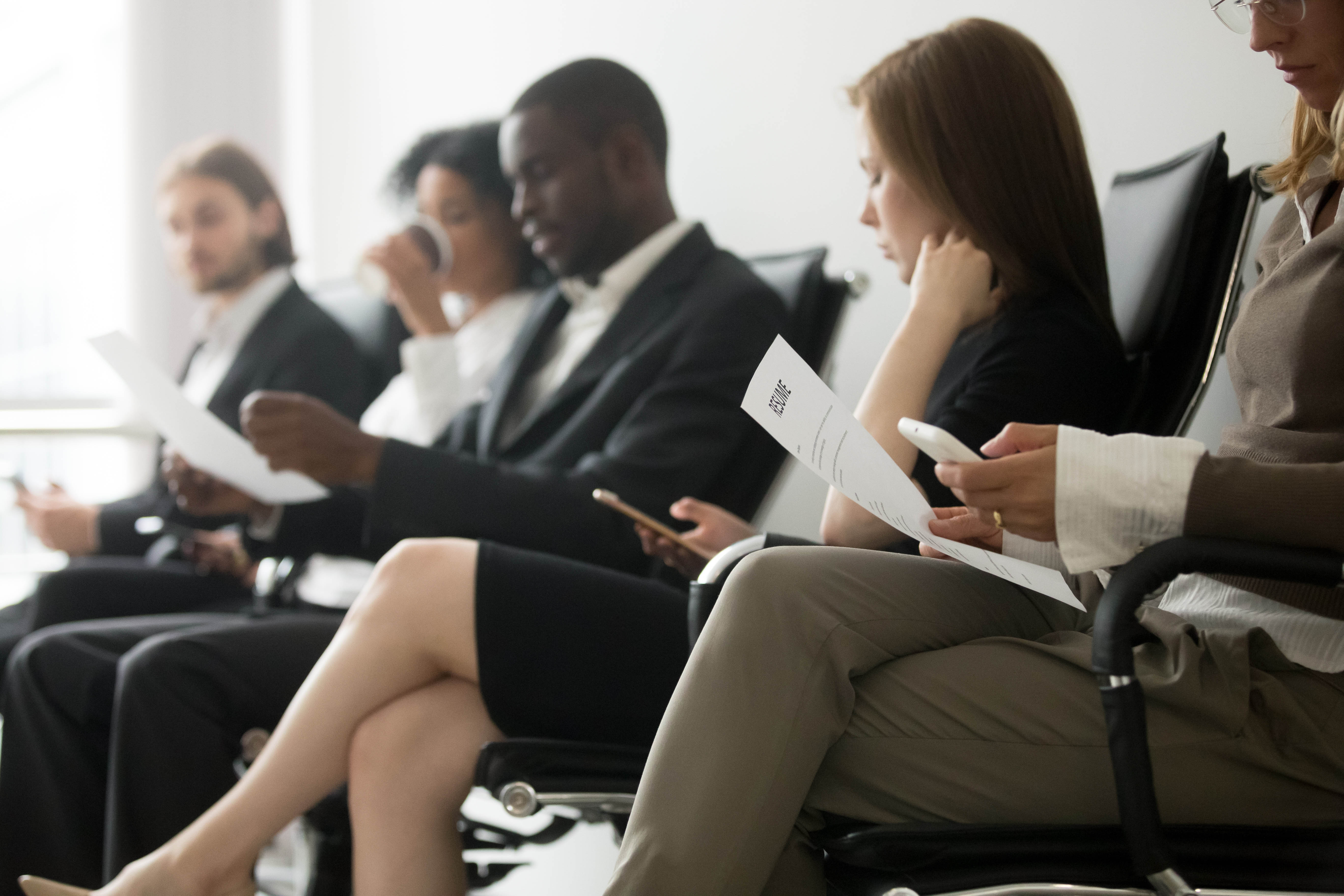 Employment gains in December were less than half of expectations, yet the unemployment rate fell 30 basis points, indicating some disconnect between the two employment measurement surveys conducted monthly by the Bureau of Labor Statistics (BLS).

According to the Current Employment Statistics (CES) program or establishment survey, the U.S. added 199,000 jobs in December on a seasonally adjusted annual rate. That was the weakest monthly gain of 2021. At the same time, the Current Population Survey (CPS) or household survey showed a gain of 651,000 workers for the month and the headline or U3 unemployment rate fell from 4.2% to 3.9%.

The two surveys rarely show similar results, primarily because one surveys employers about their workers, while the other asks households how many are employed or working in their household. This tends to capture the self-employed, agricultural, and gig workers more accurately and results in higher numbers, generally. The household survey shows roughly 156 million employed compared to about 149 million in the establishment survey.

Additionally, the unemployment rate measures only the number of unemployed workers who are actively looking for work, so long-term unemployed, discouraged workers and others dropping out of the workforce are not counted in the U3. December’s 3.9% rate is the lowest since February 2020, just before the pandemic shutdowns, but the number of employed in both surveys is about 3 to 3.6 million short of pre-pandemic levels. 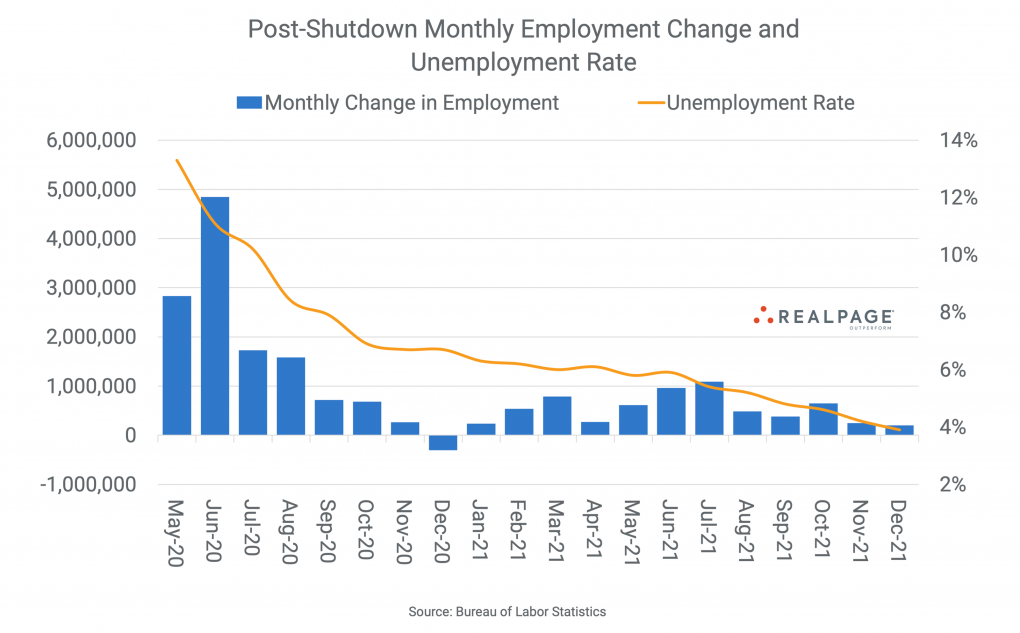 The unemployment rates for both men and women aged 16 or older fell from 4.2% to 3.9% but the rate for teenagers was 10.9% for the second consecutive month. By race, whites saw an improvement of 50 bps to 3.2% while black or African Americans had an increase of 60 bps to 7.1% in December. Hispanics had a moderate decrease of 30 bps in their unemployment rate from November to 4.9%.

The civilian labor force participation rate remains stubbornly low at 61.9% in December. It had averaged close to 63% from 2014 to 2019 before dropping to almost 60% during the pandemic shutdowns. Its recovery has been hampered by increased early retirements and others not returning to the workforce. Likewise, the employment-population ratio, which fell almost 10 full points from February to April 2020, has been recovering but is still below pre-pandemic rates at 59.2%.

The annual change in average hourly earnings of $1.40 (to $31.31) was 4.7% greater than last December’s rate and the third consecutive month above $1.40. However, the CPI index including food and energy rose 6.8% in November, cutting into those gains. Industry wage growth varied greatly with Leisure and Hospitality wages jumping 14.1% for the year, while Information employees registered a 2.4% annual increase. Competition for fewer restaurant and other service workers had a dramatic effect on wage growth. Professional and Business Services workers enjoyed a 6.2% annual increase in hourly wages, but most other industries averaged a 4.5% increase.

Several industries reported unadjusted unemployment rates slightly higher than the month before with Information up by 80 bps and Financial Activities, Other Services and Construction up 30-40 bps. The remainder were flat or down by about 40 bps, with the exception of the smaller Mining/Logging industry which fell 280 bps from November.

The percentage of workers that telework decreased only slightly to 11.1% in December from 11.3% in November, according to the BLS’s supplemental data measuring the effects of the coronavirus pandemic on the labor market. The rate of telecommuting appears to have leveled off as employers continue to deal with the Omicron variant and its threat to the workforce.

Workers marginally attached to the labor force fell by about 526,000 from last December to 1.67 million and the number of discouraged workers stood at 468,000, down 193,000. Persons marginally attached to the labor force are those who currently are neither working nor looking for work but indicate that they want and are available for a job and have looked for work sometime in the past 12 months.

The U6 unemployment rate, which includes part-timers for economic reasons and marginally attached workers, fell to 7.3% in December compared to 7.7% last month and 11.7% in December 2020.

Leisure and Hospitality dominated the modest job gain total for December, accounting for almost 27% of all jobs gained for the month. Significant contributions came from the Professional and Business Services, Trade, Transportation, and Utilities, Manufacturing, and Construction industries. As with last month, Government employment recorded a monthly loss, while there was no change in the Information industry employment level.