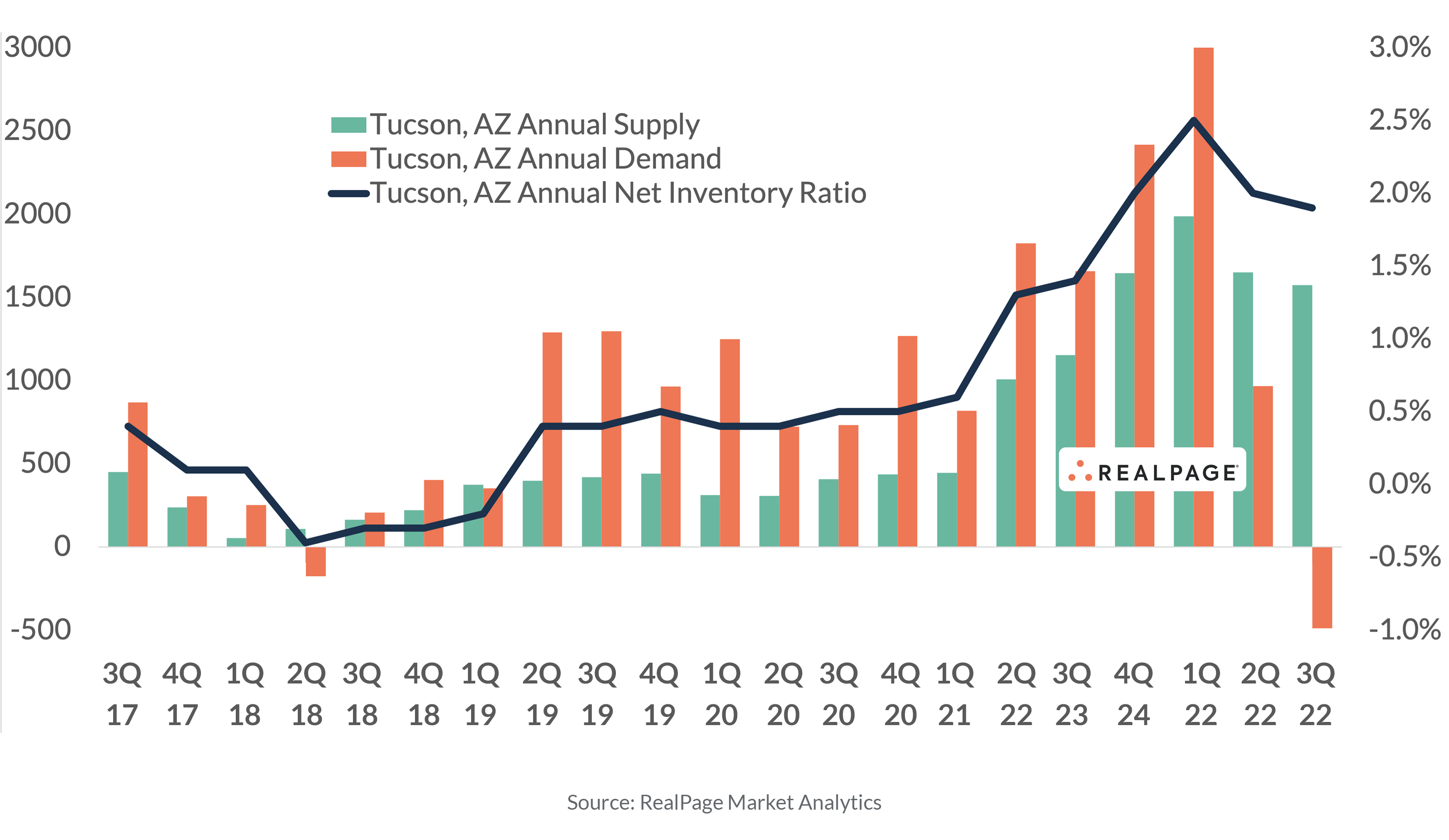 About 110 miles southeast of Phoenix, the small market of Tucson has been on the rise over the last decade. The market of about 80,000 apartment units has benefitted from strong demographic tailwinds over the last several years, much like its Arizona counterpart Phoenix, though to a lesser degree. Occupancy in Tucson had been steadily ticking up in recent years to hover around the effectively full mark of 95% just before the pandemic. Annual effective rent change, meanwhile, has been outperforming the national norm for several years. Developers seem to have noticed this promising market as supply has been ramping up since 2020. About 2,400 units were under construction in Tucson as of 3rd quarter 2022, some 1,100 of which are expected to deliver in the next year, accounting for a 1.4% inventory increase. That marks the highest rate of expected construction on record in Tucson since RealPage Market Analytics began tracking the market in 1995. All this comes as demand in Tucson – like in much of the U.S. – has plummeted. In the July to September time period, Tucson recorded net move-outs from over 800 units, wiping out previous gains and taking annual absorption down to net move-outs from about 500 units.