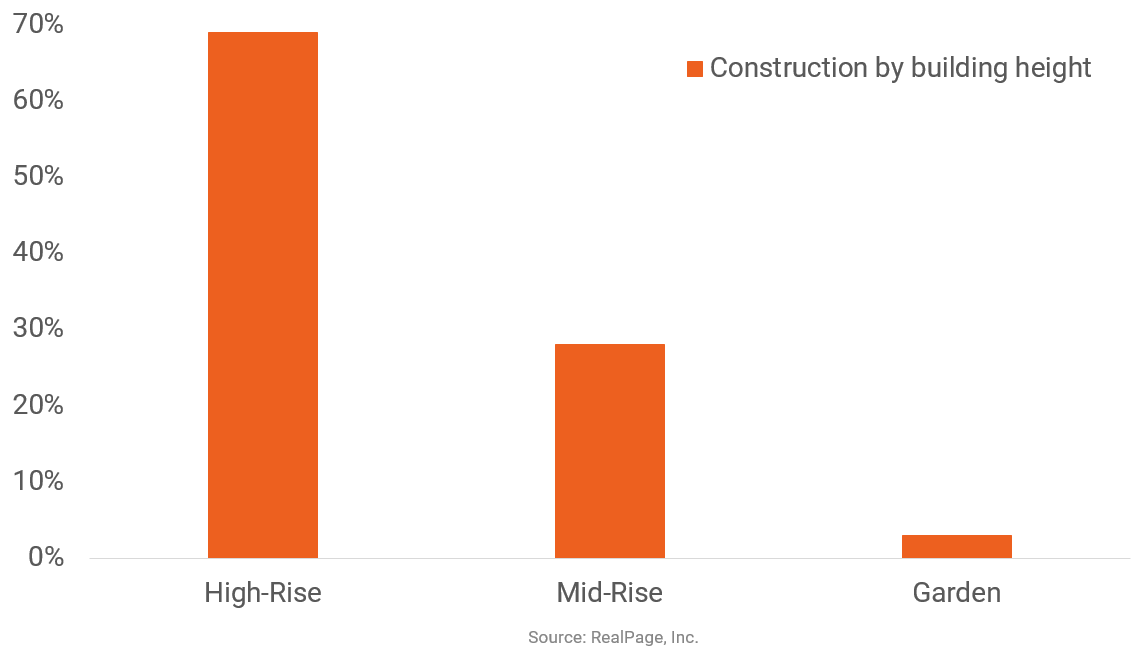 by   Brandon Crowell
in   Insights

New York obviously has added the most high-rise apartment product in the current building cycle, right? Nope! That distinction goes to Washington, DC, although the high-rise properties aren’t as tall in the nation’s capital as they are in the Big Apple. Looking at properties under construction right now, 69% of Washington, DC’s ongoing development is in buildings of seven or more stories, versus 28% in mid-rise properties (four to six stories) and just 3% in garden projects (one to three stories). Metro Washington’s tallest towers on the way are 32-story buildings in the Northern Virginia suburbs of Vienna and McLean. The biggest concentration of high-rise product in process consists of about 4,500 units in more than a dozen buildings of seven to 14 stories clustered in the District’s Navy Yard neighborhood.