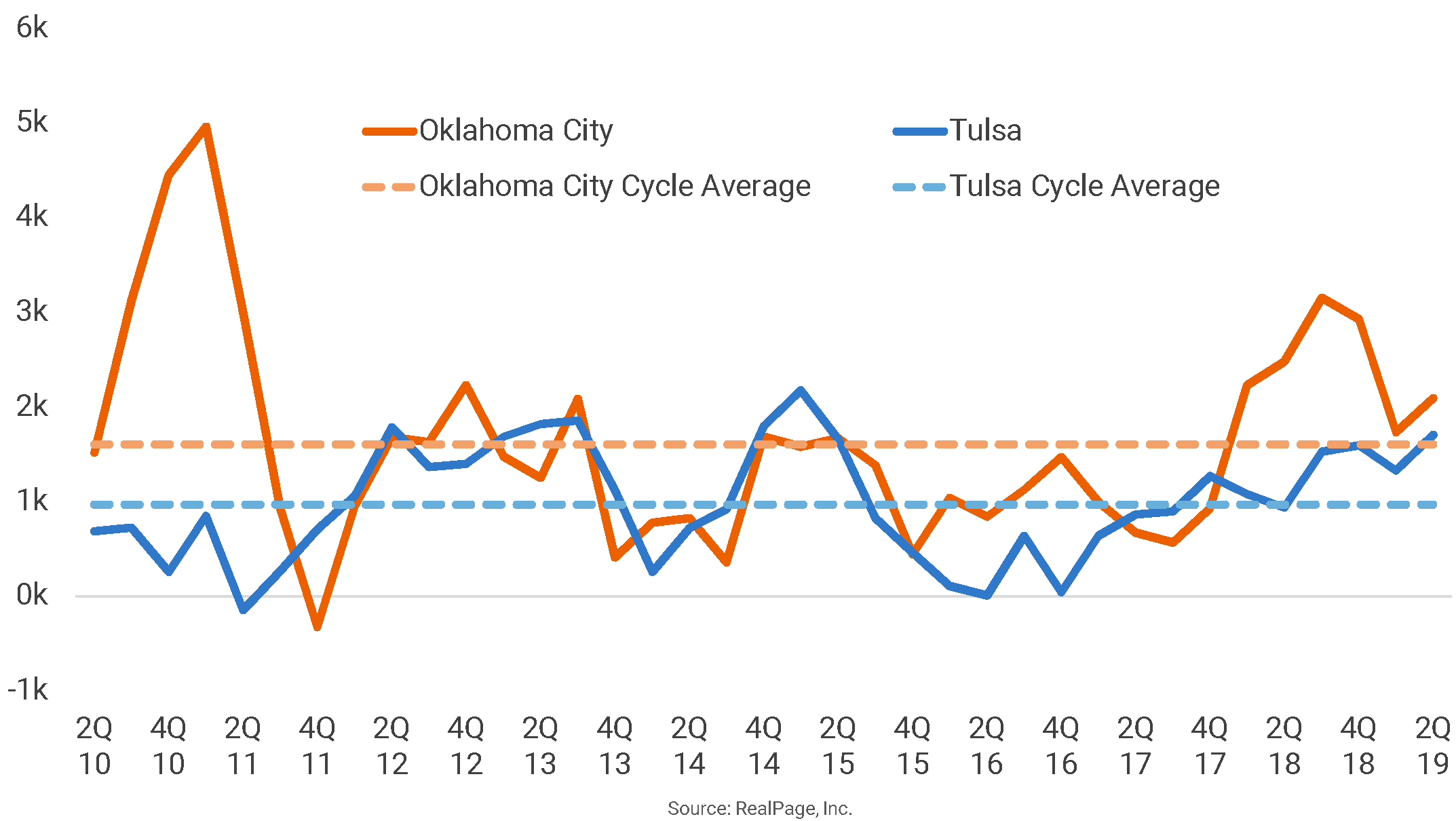 Absorption in Oklahoma’s two largest apartment markets – Oklahoma City and Tulsa – has risen above their long-term averages after struggling with the oil price slump. In Oklahoma City, which has about 100,000 apartments, annual demand has surpassed the long-term average of 1,600 units in each of the past six quarters. In Tulsa, which has about 70,000 existing units, demand has run above average for the past four quarters. Demand in both markets ran below average from 3rd quarter 2015 through 4th quarter 2017 as the local energy-dependent economies suffered as oil prices plunged. Stabilization in the energy market has allowed job growth to return in both metros. Occupancy in both markets is also well above cycle averages. In Oklahoma City, occupancy is 94% and in Tulsa, 94.3% in mid-2019.