Grand Rapids is a Top Performer in the Midwest 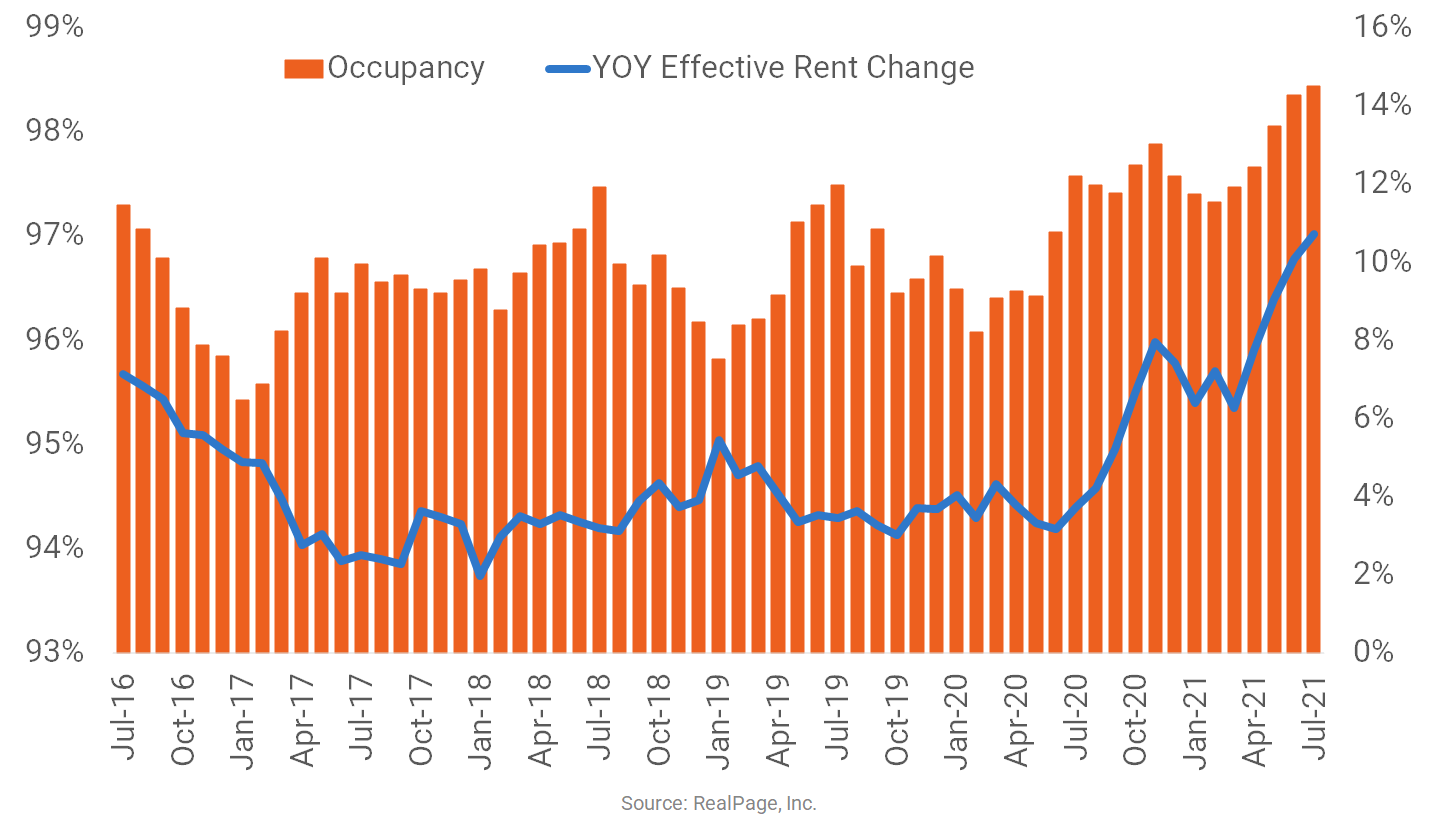 Most small apartment markets in the Midwest are doing well and one of the best performances is in Grand Rapids. Of the 29 Midwest markets tracked by RealPage, the average occupancy rate as of July matched the U.S. average of 96.9%. Occupancy in Grand Rapids was much better, topping the Midwest leaderboard with a rate of 98.4%. July occupancy in Grand Rapids, which matched the June rate, was the highest occupancy reading since RealPage began tracking the market in 2001. Tight occupancy has given apartment operators pricing power. In July, effective asking rents for new leases jumped 10.7% year-over-year, the biggest annual rent hike in at least 20 years. While that wasn’t a top performance nationally, it was the third-best outcome in the Midwest, with only Kalamazoo/Battle Creek (12.1%) and Flint (11.9%) recording a larger annual rent hike. Helping boost occupancy and rent growth, apartment development in Grand Rapids has been limited. In the year-ending 2nd quarter 2021, Grand Rapids added 873 units expanding existing inventory 1.4%. That was below the Midwest average of 2.1% and well below the U.S. norm of 3.4%.