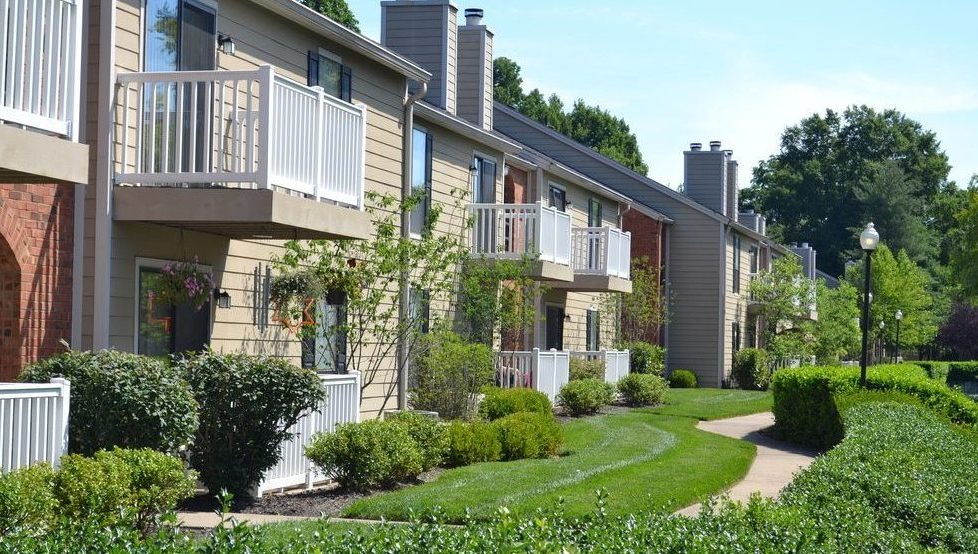 by   Julia Bunch
in   Property Classifications

Over the last few years, garden-style apartments have solidified their place as the best performing properties.

In these low-rise projects, defined as properties with three or fewer stories, rent growth stood at 3.6% in the year-ending 2nd quarter 2019, ahead of the 3.1% national average. Meanwhile, annual rent growth came in well below the U.S. norm in the taller mid-rise units (2%) and high-rise properties (1.8%).

Among the nation’s 50 largest apartment markets, the difference between low-rise rent growth and the market norm is, on average, 40 basis points (bps). Broadly speaking, garden apartments are more concentrated in suburbs where density is less of a driving factor for development. These properties have inherently seen less competition from new supply throughout this economic cycle, which began in 2010, as developers have pursued taller, more urban product to a greater degree. 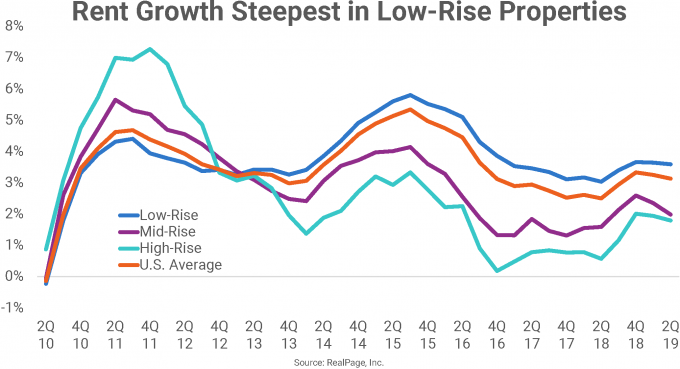 Garden apartments are by far the most prolific as a percent of total stock – though the ratio by which garden apartments outnumber mid-rise and high-rise properties is waning as developers pursue denser development. Garden-style apartments have made up a shrinking share of new supply every year this cycle. Mid-rise units are now the most popular, but high-rises are gaining.

Similar to what was seen in rent growth, low-rise units are also outperforming in occupancy, and the delta between the type of buildings is widening. Since mid-2015, when low-rise properties became the fullest cohort of stock, the spread between low-rise, mid-rise and high-rise occupancy has only gotten wider. As of 2nd quarter 2019, low-rise properties were 96.1% full, ahead of the 95.9% national average. Occupancy rates were a bit lower at 95.3% for mid-rise and 95.1% for high-rise. 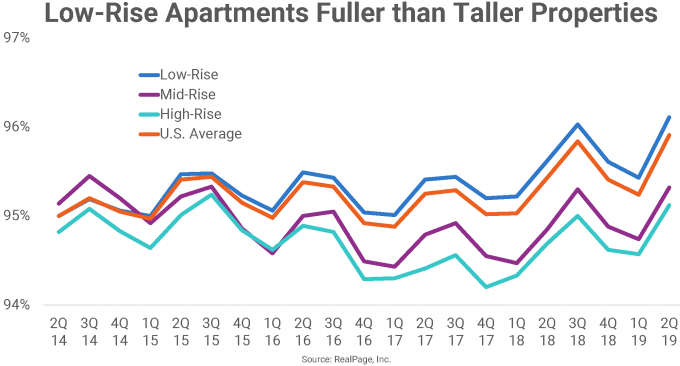 The markets seeing the highest low-rise rent growth roughly corresponded with the list of rent growth leaders in 2nd quarter 2019. Las Vegas, Phoenix, Atlanta, Providence and Raleigh/Durham claimed the top five spots for low-rise rent growth in 2nd quarter 2019, and all claimed top 10 spots for overall rent growth. Markets seeing the steepest annual price gains in low-rise apartments also tended to be markets where job growth has been concentrated in lower-wage sectors, like the Leisure and Hospitality or Trade, Transportation and Utilities segments.

But this isn’t just a phenomenon happening in markets with the highest rent growth. Los Angeles, Pittsburgh, Seattle and Miami are all growing rents below the national norm, and yet the low-rise product in these four markets is seeing rent growth exceed the market average by more than 100 bps.

Markets with the highest concentration of low-rise properties tend to be western markets, such as Riverside, Sacramento and Las Vegas, or markets that have historically had strong suburban apartment performance, such as Greensboro/Winston-Salem and Fort Worth. Alternatively, the three most dense major markets in the country – New York, San Francisco and Washington, DC – have the lowest concentration of low-rise properties.