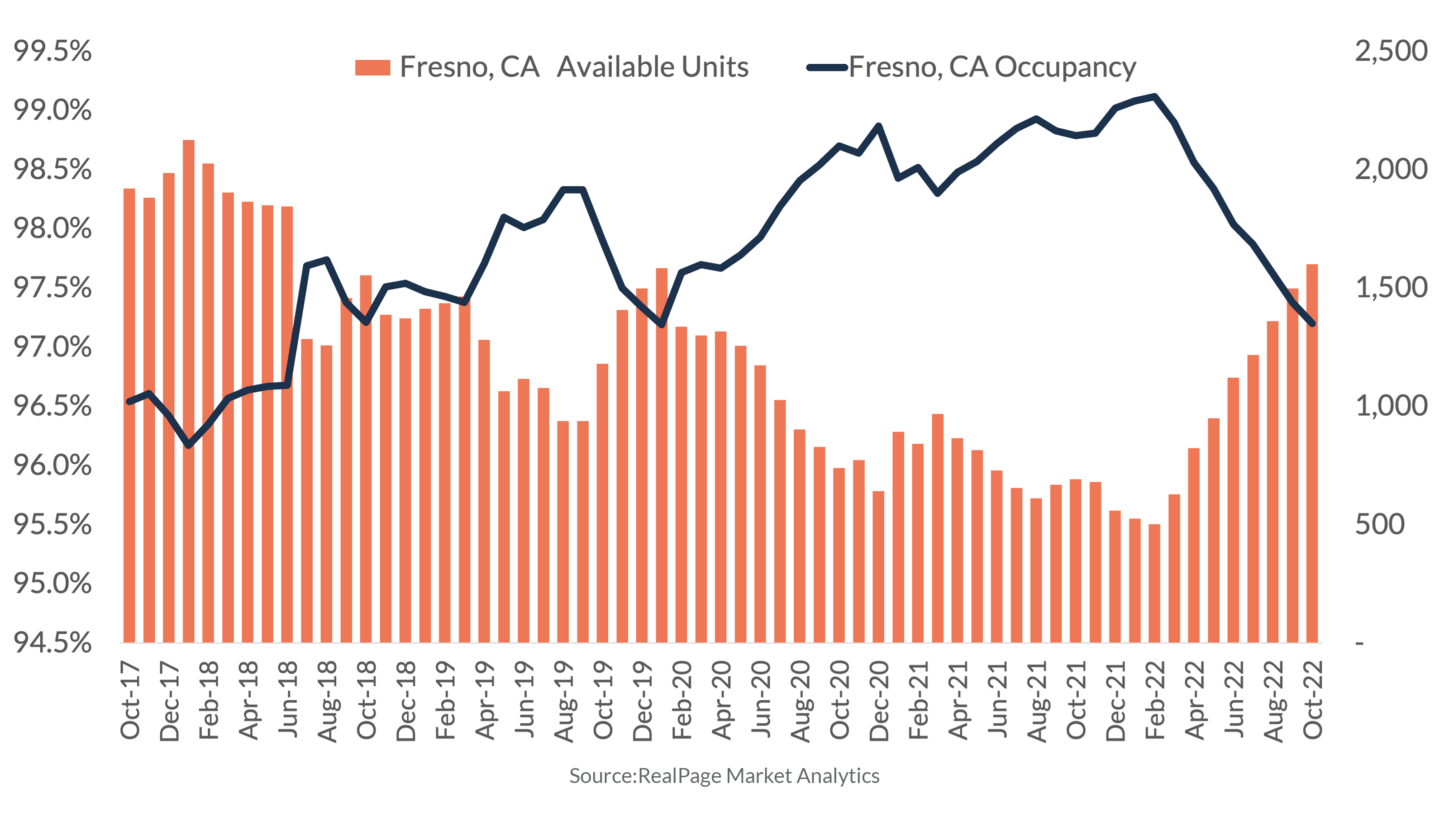 Yet another California market with a chronic undersupply of housing has very few apartment vacancies. Despite having a population of about 1 million people (according to the U.S. Census Bureau), Fresno has only about 1,600 vacant apartment units, according to data from RealPage Market Analytics – and that’s a four-year high. The market of about 57,000 apartment units has about one apartment unit for every 17 people – a stronger ratio than California neighbor Bakersfield’s one in 34. With an October occupancy of 97.2% standing at a four-year low, the available unit count in October also ran higher than the recent average. At times throughout the COVID-19 pandemic when occupancy in Fresno topped 99%, the vacancy count got as low as 500 units. Meanwhile, annual supply generally runs very low in Fresno, averaging just 270 new units annually over the last decade. In the year-ending 3rd quarter 2022, Fresno had no new supply delivered. Less than 350 units are underway in Fresno as of 3rd quarter.