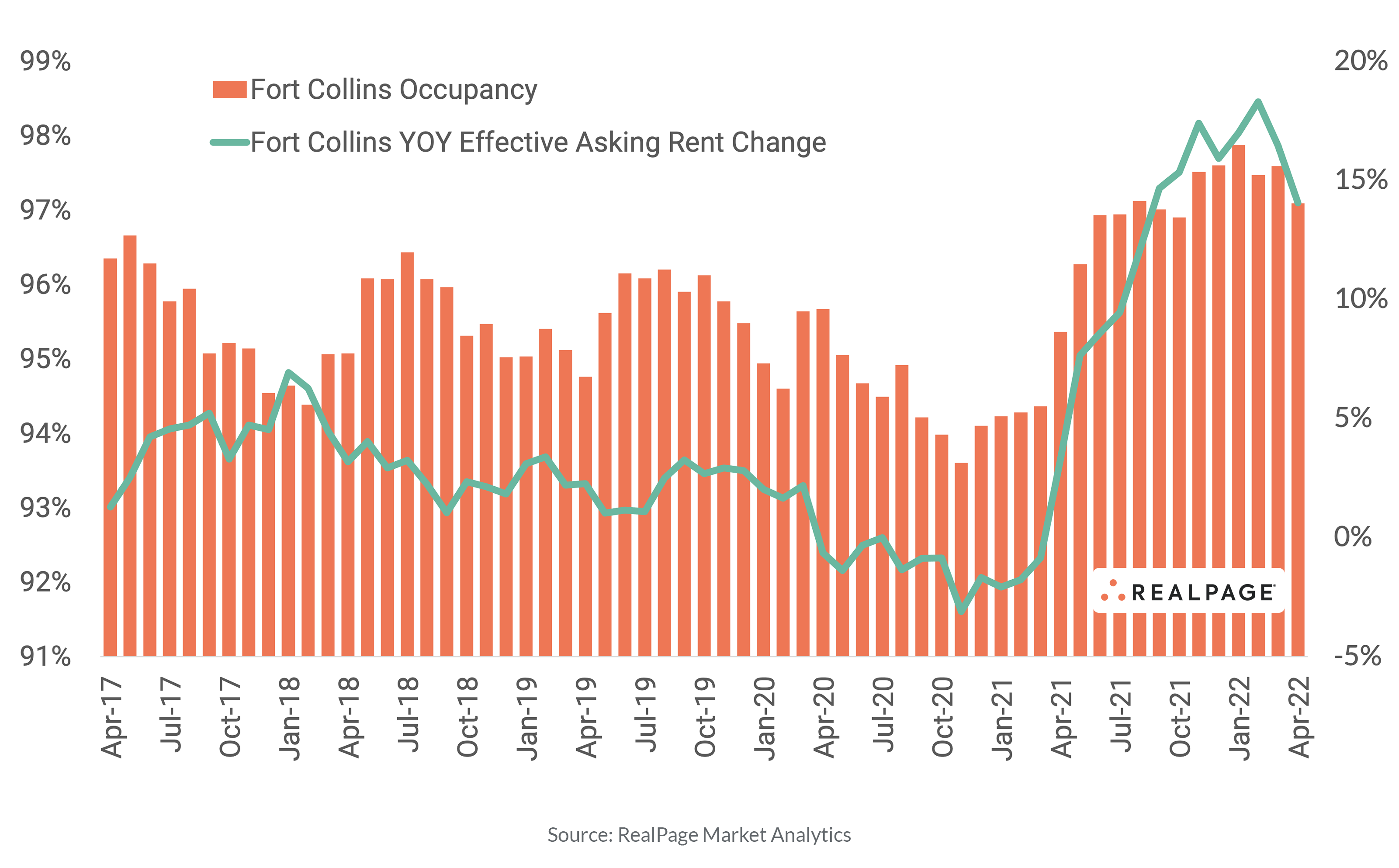 The Fort Collins apartment market is still outperforming historical norms, but the rates here are no longer matching up to national trends. Occupancy in Fort Collins was at 97.1% in April, according to data from RealPage Market Analytics. While that was well ahead of this northern Colorado market’s five-year average of 95.7%, the current reading was still a shade or two behind the West region norm (97.3%) and the U.S. average (97.2%). Annual rent growth in Fort Collins is trending the same. At 14%, year-over-year effective asking rent change is down from the recent peaks seen earlier this year but is still way above the Fort Collins average of less than 5% from the past five years. In comparison, rents are up 15.2% in the nation overall and 16% in the West region of the country. While RealPage still tracks Fort Collins data, it should be noted that this market recently fell out of the national top 150 ranking, based on the number of existing apartment units.