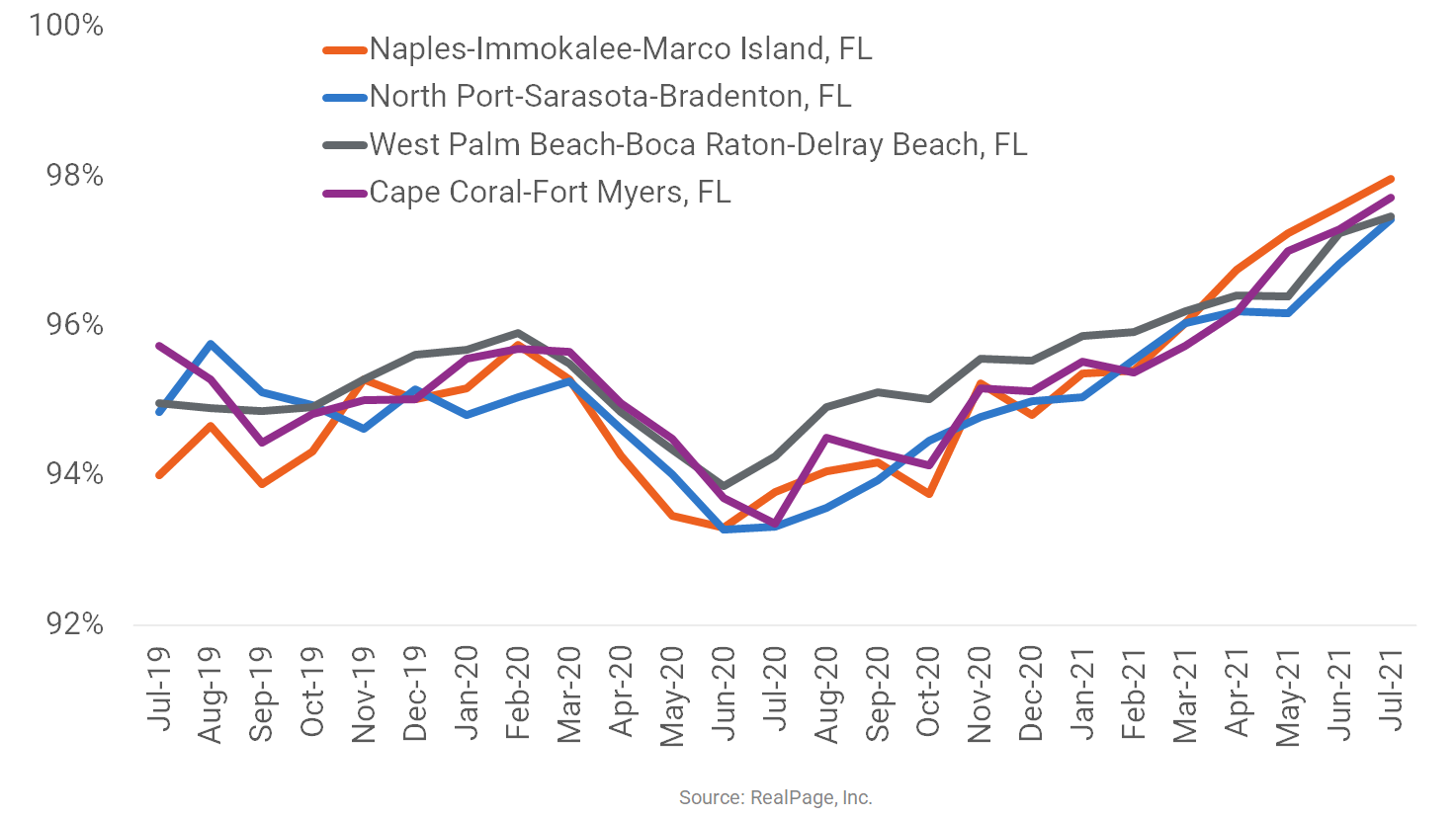 A handful of Florida apartment markets were responsible for the nation’s biggest occupancy gains during the past year. Among the largest 150 apartment markets across the U.S., Cape Coral-Fort Myers logged the most significant progress, with occupancy climbing 440 basis points (bps) in the year-ending July. This was especially meaningful given that this small apartment market also saw its existing inventory base increase by a sizable 7.8% in the past year, which was the third most aggressive growth rate in the nation after Wilmington, NC (9.6%) and Savannah, GA (9%). Nation-leading annual occupancy increases were also seen in Florida’s Naples-Immokalee-Marco Island and in North Port-Sarasota-Bradenton, where growth also topped 400 bps. Among the largest 50 apartment markets in the U.S., West Palm Beach-Boca Raton-Delray Beach was the only one to see an annual occupancy increase over 300 bps as of July.