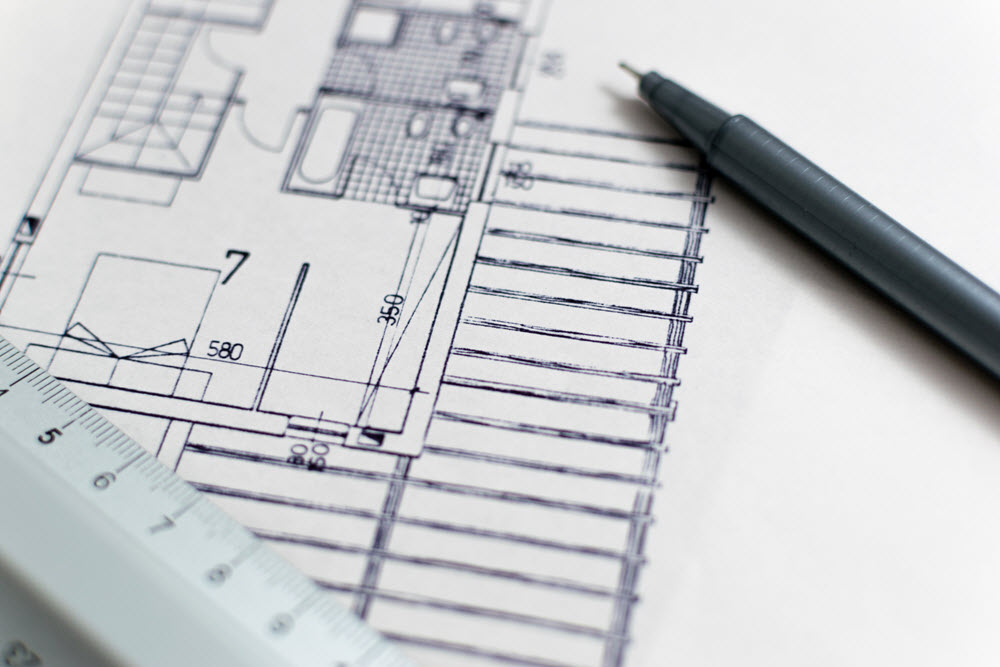 As the 2017-2018 school year winds down, college students are securing their spots at student housing properties for the next school year. Those considering off-campus student housing tend to gravitate to the floorplan type that meets their expectations. Of course, their budgets are also a driving factor, and rents at the floorplan level differ across regions.

The most affordable unit type at a national level in February was the four-bedroom unit, which averaged a monthly effective rent of $610. That was followed by the six-, three- and five-bedroom layouts, respectively. Not surprisingly, the one-bedroom, studio and two-bedroom layouts were at the highest price points of the scale. 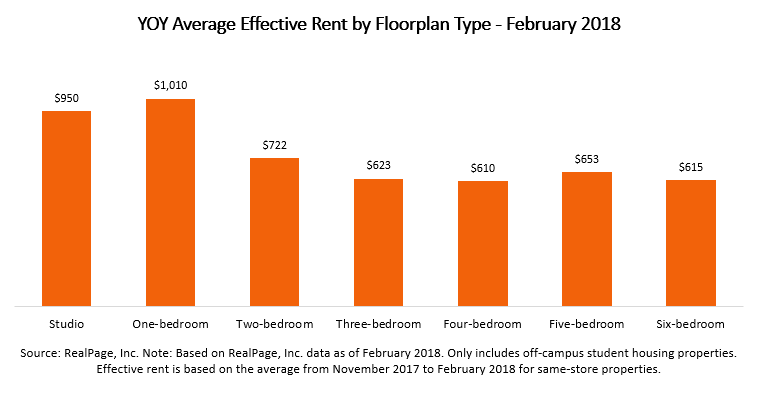 Looking at rent levels from a regional perspective, the South region is the most affordable. Students in that region saw the lowest average rent in February at $628 per bed. The Midwest was the second most affordable region at an average of $642 per bed in February, followed by the Mountain region at $656. The Pacific Northwest and Northeast saw the highest rent levels at $853 and $787, respectively.

Despite higher effective rents, the Northeast region saw the lowest rent growth. Effective rents there were only 0.7% higher than in February 2017. By comparison, regions with the highest year-over-year rent growth levels – Pacific Northwest and Mountain – each averaged 3.6% rent increases among off-campus student housing properties. 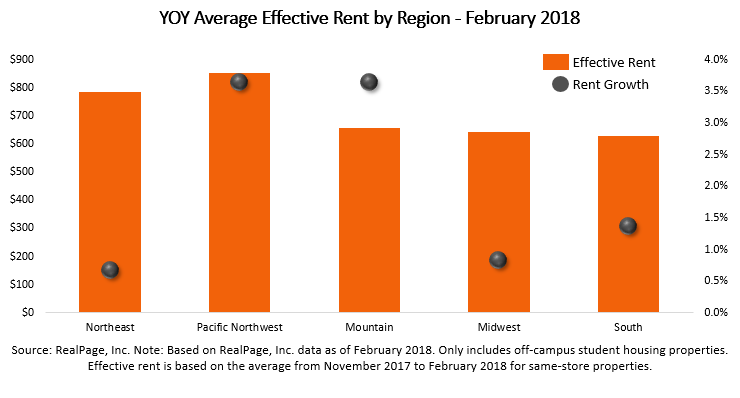 Looking at floorplan-level rents, the most affordable South region differs from the national trend. In the South, the six-bedroom layout saw the lowest rates, with rents averaging $556 per month and annual rent growth averaging 1.6%. The average rent per bed was only $29 less than the four-bedroom rate. One reason that six-bedrooms are generally less expensive is the age of properties having six-bedroom options. Most were built during the current development cycle. The majority of this layout is concentrated in Texas State University and University of South Florida.

Despite being the most affordable nationally, four-bedroom floorplans saw the second lowest rent in the South, averaging $585 per bed and 1.1% average rent growth. This floorplan type is far more common than the six-bedroom layout. Mainly due to the overall level of existing supply, the University of Texas at Austin and Florida State have the most four bedrooms compared to other universities in the region.

The floorplan types in the South region saw the following rental rates and rent growth levels: 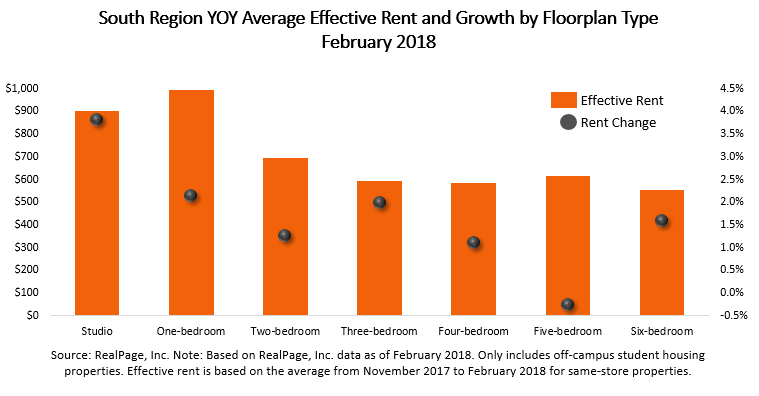 Meanwhile, in the highest-priced Pacific Northwest, the four-bedroom floorplan saw the lowest rent in the region, averaging $762 per bed in February. That average rent was up 4.2% year-over-year. Lower rents for four-bedroom units can be attributed to the fact that there are more of this layout than any other floorplan types in the region. Most of the four-bedroom layouts are concentrated at University of Oregon and Oregon State University. 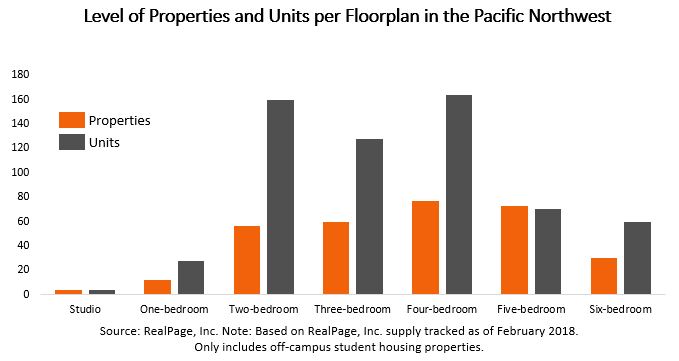 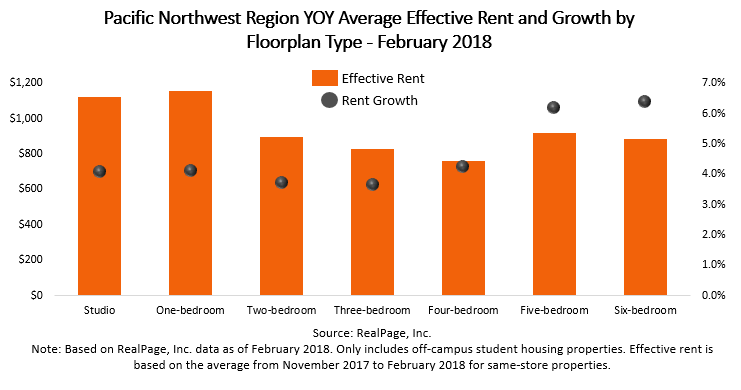