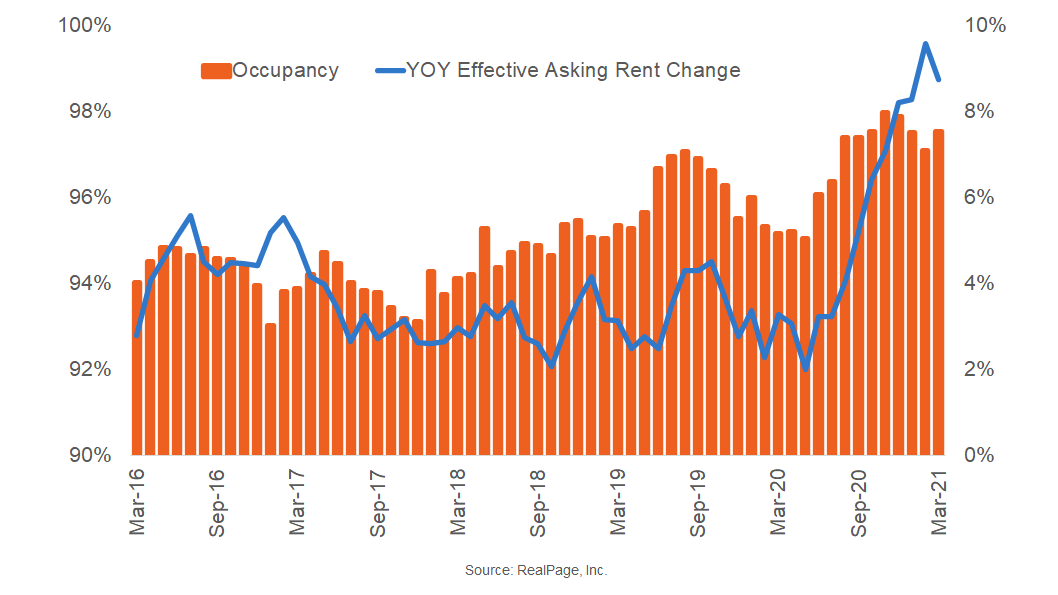 Apartment performance in Flint, MI is holding strong, despite challenges the metro has faced in recent years. Apartment occupancy in Flint has registered above 95% since November 2018 and effective asking rents have increased roughly 5% to 10% year-over-year for the past seven months. As of March 2021, the Flint apartment market recorded occupancy of 97.5%, a 450-basis point improvement from the recent low of 93% in January 2017. Rents have also made notable improvement recently, climbing 8.8% in the year-ending March 2021, which was the fourth-best performance nationwide. But like most markets around the nation, Flint is bifurcated. Among Flint’s two submarkets, the more expensive South Flint is doing very well, with occupancy of 98.4%, while North Flint was just 94.6% occupied. That divide also extended to rent growth. South Flint logged annual rent growth of 10.3% in March and North Flint recorded much more modest growth of 2.7%. As of March, North Flint averaged monthly rents of $655 compared to South Flint’s monthly rate of $872.