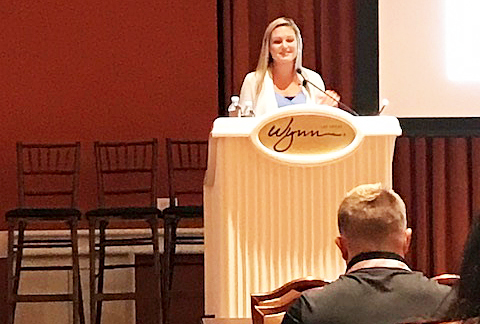 NOTE: The information in this post is based on Taylor Gunn’s presentations at RealWorld 2017, July 16-18.

First is university enrollment growth, which is the main demand driver for student housing, similar to job growth in the conventional apartment market. In comparison, demand for student housing, at least on an aggregate basis, is much less volatile. Enrollment growth tends to reach peak levels during recessionary periods, in 2001 and 2002, and again in 2008 and 2009.

Demographics also play a role in demand. The typical college-age population comprises 18- to 24-year-olds, but the primary student housing renter age can include the entire population, though it is primarily weighted toward upperclassman (ages 20+). Growth of this age group can be an indicator of current demand. There is also the 14- to 17-year-old population, which is an indicator of future demand since the group includes upcoming freshman.

The second factor is new supply. It’s important to look at how much new student housing supply is being delivered, where it’s being delivered and how much existing supply is already in those markets. Since off-campus housing is a relatively new asset class, supply doesn’t exist at every university, and where it does, it isn’t always enough to meet demand. From a national perspective, oversupply is not an issue, but certain markets are seeing softening because of supply.

In some markets, on-campus accommodations are considered a competitive housing option compared to off-campus housing. However, a university’s availability of on-campus housing and its ability to fill those beds can be a signal of demand. Additionally, universities all over the country are partnering with private developers and operators to expand and revitalize their on-campus housing stock.

Other factors that help drive strong results can include a property’s leasing and marketing tactics, amenities and location.

A property’s location relative to the university is the No. 1 amenity provided by student housing properties. There is a strong correlation between proximity to campus and performance. Properties located closer to campus tend to see higher leasing velocity and, in turn, higher occupancy. They are able to charge a premium rent relative to properties located farther from campus.

A property’s marketing and leasing strategies also play an important role, especially in competitive markets. For the past few leasing seasons, properties have been leasing at a faster rate than before. Not only that, but properties are leasing earlier. Properties use different leasing incentives and marketing strategies to draw in students early in the season. For instance, properties offer gift cards, another type of giveaway or lower rents for early leasers.

Additionally, the university itself plays a role in the success of student housing properties. The size of the university can influence the importance of enrollment growth for strong performance at a university and the off-campus housing surrounding it. At larger universities, we tend to see less volatile growth and, on an absolute basis, growth has a much larger impact on demand. Properties at larger schools also tend to see stronger occupancy and rent growth figures.