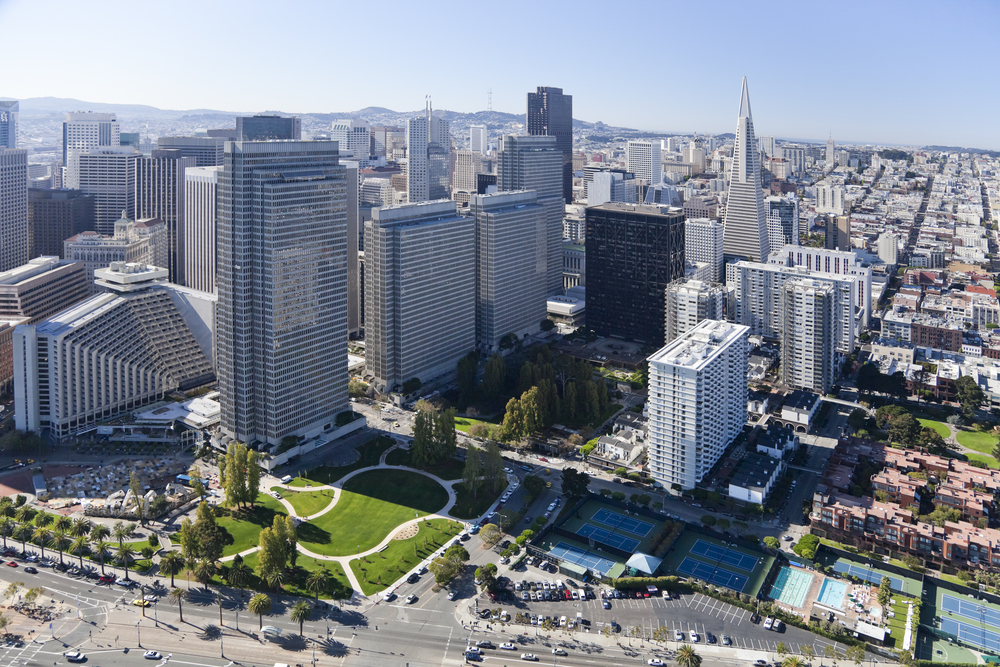 The mix of jobs in a metropolitan area has significant impacts on the local apartment market. For this reason, MPF Research has identified five U.S. metros that have outsized exposure to certain industries. The data for these rankings were obtained via the Bureau of Labor Statistics as of March 2015. In this blog series, we’ll take a deeper look at the five metro areas and highlight unique characteristics that drive the employment makeup of each metro. We’ll also a few other “runner up” metros that also have outsized exposure  in these five employment industries.

Taking one of the five spots on our list of the top industries that have outsized exposure in certain metropolitan areas is San Francisco. In San Francisco, 16.3% of employees work in the Professional, Scientific and Technical Services industry as of March 2015. That percentage translates into 169,300 Professional, Scientific, and Technical Services workers.

Let’s first define the Professional, Scientific, and Technical Services sector. According to the Bureau of Labor Statistics, this sector “specializes in performing professional, scientific, and technical activities for others.” Moreover, these types of activities require a certain degree of experience and training (hence why this industry pays higher wages). These types of activities/jobs include: legal representation, accounting, bookkeeping, and payroll services, specialized design services (architects, engineers), computer services, consultants, researchers, advertising, photographers, translators/interpreters, and veterinary services.

San Francisco’s economy is fueled by its Professional/Scientific/Technical Services industry, and it is known as a national technology hub.

In fact, the San Francisco metro took the #1 spot recently in the Milken Institute’s Best-Performing Cities of 2014. This annual report delivers a “fact-based, comprehensive evaluation system across metropolitan areas that rely upon job, wage, and technology trends shaping current and prospective pathways.”

Driving the city’s performance to the top spot was the Professional/Scientific/Technical Services industry. That sector accounted for 45% of all jobs created in the metro over the five years ending in 2013. More specifically, the city’s economy has been fueled by:

To sum up the above bullet points, San Francisco’s economy is driven by its’ creative and scientific industry, in which the majority of jobs fall under the Professional/Scientific/Technical Services sector. From 2008 through March 2015, the Professional/Scientific/Technical Services segment created 58,200 jobs. Those jobs account for 44.1% of the 132,100 total jobs added in San Francisco.

These Professional/Scientific/Technical Services-related jobs are also driving wage growth in San Francisco. Over the past five years, the metro’s technology-based GDP growth placed second in the country according to the Milken Institute. According to the San Francisco Chronicle, the median wage for those professionals is $91,400, which is 30% above the national average ($70,900). And, specifically for the tech portion of that segment, the median wage is nearly $160,000.

High wages, wage growth and demand for these types of jobs are extremely attractive to young professionals. As a result, these young professionals are coming by the dozens to San Francisco, which has helped drive the unemployment rate for the city down. As of March 2014, San Francisco’s unemployment rate of 4.2% was the lowest measured here since 2007.

So where have most of these jobs been going? It appears a big chunk is going to startups (which San Francisco is widely known for). A few of San Francisco’s most successful startups include:

But it’s not only startups that are generating jobs and inspiring growth:

There are a few more metros that should be mentioned that have high exposure to the Professional/Scientific/Technical Services industry. These metros include: