There certainly hasn’t been a shortage of articles highlighting how remarkably strong apartment rent growth has been during this current cycle. For five straight years, same-store annual rent growth among the top 100 U.S. markets has averaged roughly 3% or higher. Over the past year, rent growth accelerated to around 5%. Although some of the gains in the earlier portion of the cycle were just recovering lost ground from the recession, the sustained growth and recent acceleration has led some to question the sustainability of this trend and the point at which operators will struggle to find tenants who can afford these rental rate increases.

However, looking at averages can’t provide a complete picture of the current state of the apartment market. Averages can be skewed by as few as one outlier, giving an inaccurate representative of the total set. Additionally, relying on solely on averages might lead you to overlook the true availability of housing stock across the price spectrum. 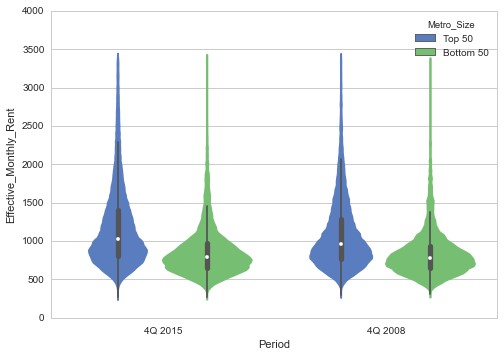 The spread and skew are further proven by the quartiles of the data shown in the table below. Among the bottom 50 metros, the monthly rental rate that 25% of units are at or below increased 0.8% (after adjusting for inflation) over the past seven years, to $651.

Separating out the nine deemed to be the most sought-after markets from the top 50 — New York, Boston, Washington D.C., Los Angeles, Orange County, San Francisco, San Jose, Oakland and Seattle — the increased skew is even more pronounced. 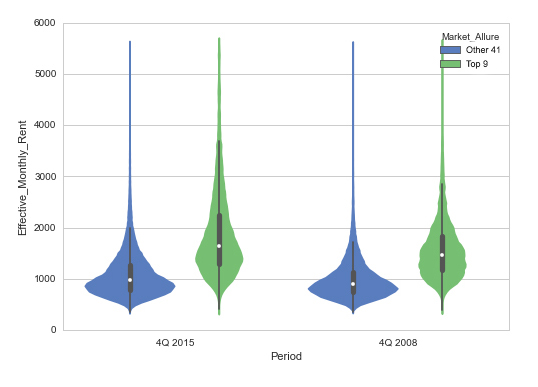 What’s the source of the skew?

Construction of multifamily properties has been on the rise in most of the top 100 metros. During the current cycle, there has been greater interest in urban, walkable developments, which also carry higher construction costs. In fact, the median effective monthly rent for units in the top 50 metros built within the past four years has increased 21.4% from 2008 (after adjusting for inflation), landing at $1,554. The bottom 50 metros have seen a similar increase in new unit costs, up 19.3% in the same period to $1,180.

Additionally, most inputs to residential construction have been elevated during the current cycle, substantially increasing the overall cost of building, no matter the area. 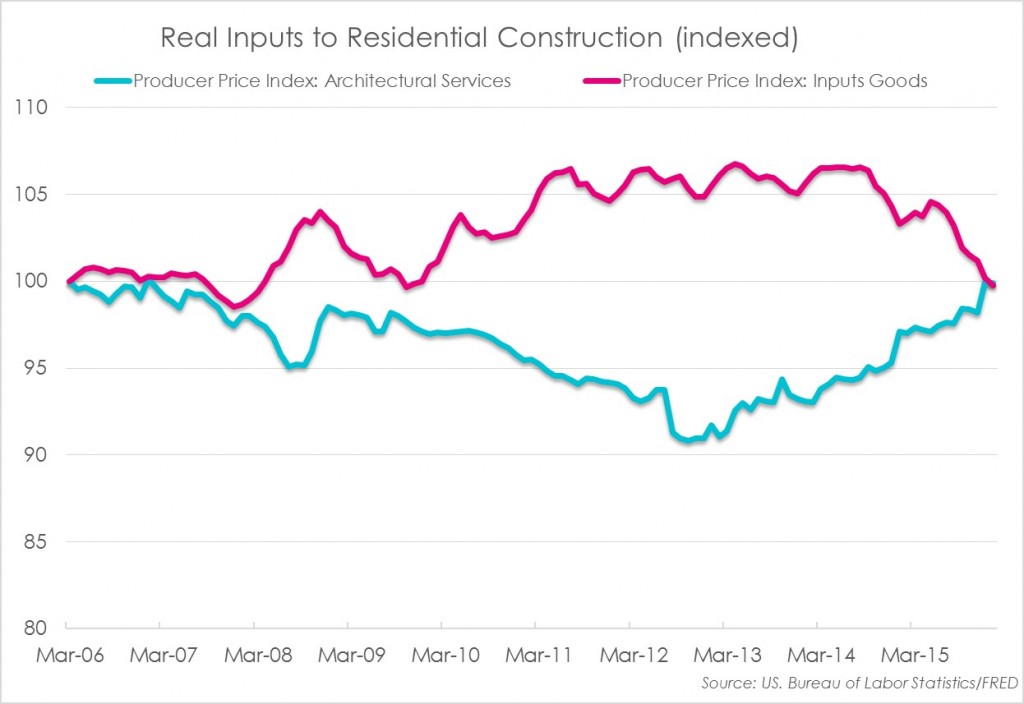 The greatest cost increase has been in construction labor. 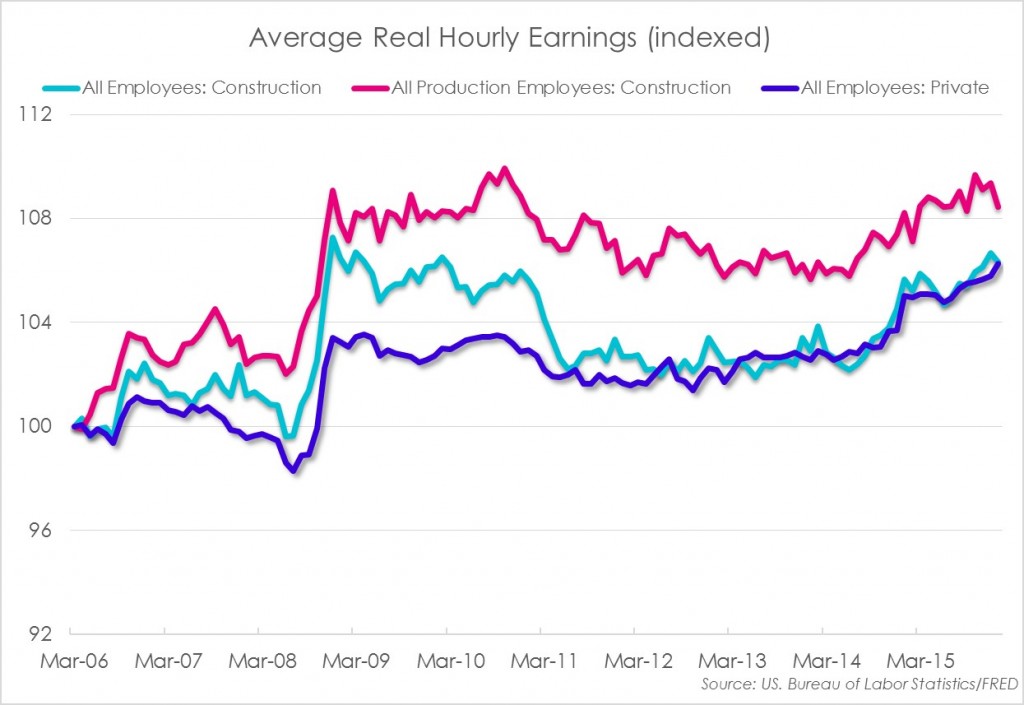 The influx of new high-end product has fared well for a variety of reasons. One is that single-family construction has been constrained and the new-single family product being built is generally more expensive, catering to higher-income buyers. More affordable single-family product being built comes with a different cost of being located far away from city centers where job growth has been stronger. The more expensive multifamily product within a close driving distance to employment hotspots and other amenities hasn’t had the same degree of competition from the for sale market.

It is important to consider that the current building spree of multifamily product really hasn’t begun to overwhelmingly change the housing stock. So, there is still a lot of affordable rental product in the market right now.

What Does the Construction Date Reveal about the Apartment Stock?