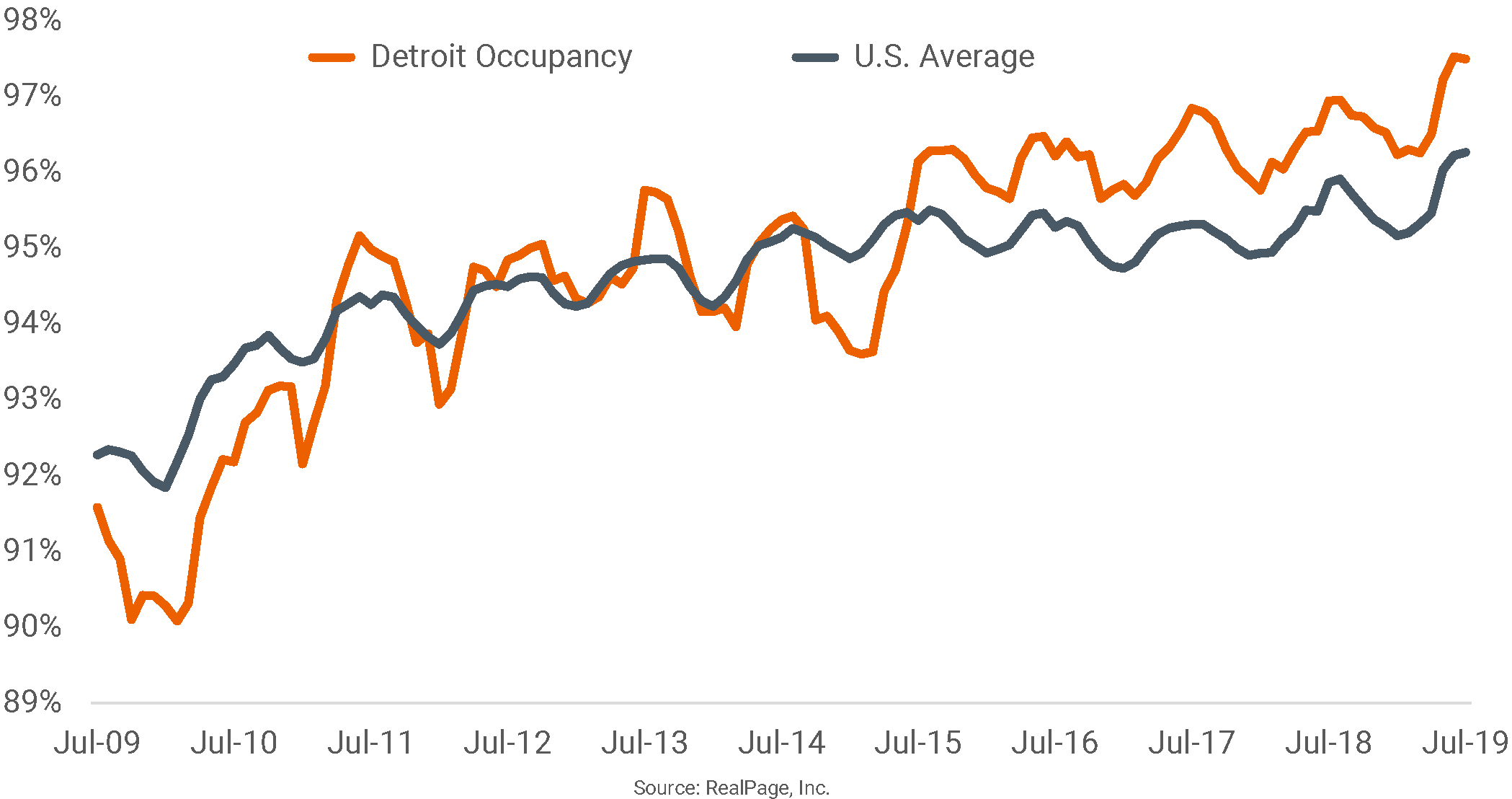 What does Detroit have in common with New York City? The tightest occupancy among major U.S. apartment markets in July. Occupancy in the Detroit-Warren-Dearborn apartment market landed alongside New York’s rate of 97.5% in July as the highest among the nation’s 50 largest markets. In Detroit, that rate also matched June’s occupancy reading as the highest in 18 years. Though those recent rates marked a long-term high, tight occupancy has been the norm in Detroit in recent years. Over the past four years, occupancy has registered at roughly 96% to 97%, remaining above the U.S. averages during that period. With solid occupancy, operators in Detroit have gained some pricing power. Same-store rents for new leases in Detroit rose an average of 3.3% annually this cycle. And over the past four years, rental rates rose an average of 3.7% annually, with most of those increases in line with or above the U.S. average. The strength of Detroit’s apartment market has been in part a reflection of a lack of available product. Detroit’s existing unit base has expanded just 2.3% this cycle, equating to an average growth rate of less than 0.2% annually. That was by far the lowest expansion rate among major U.S. markets.