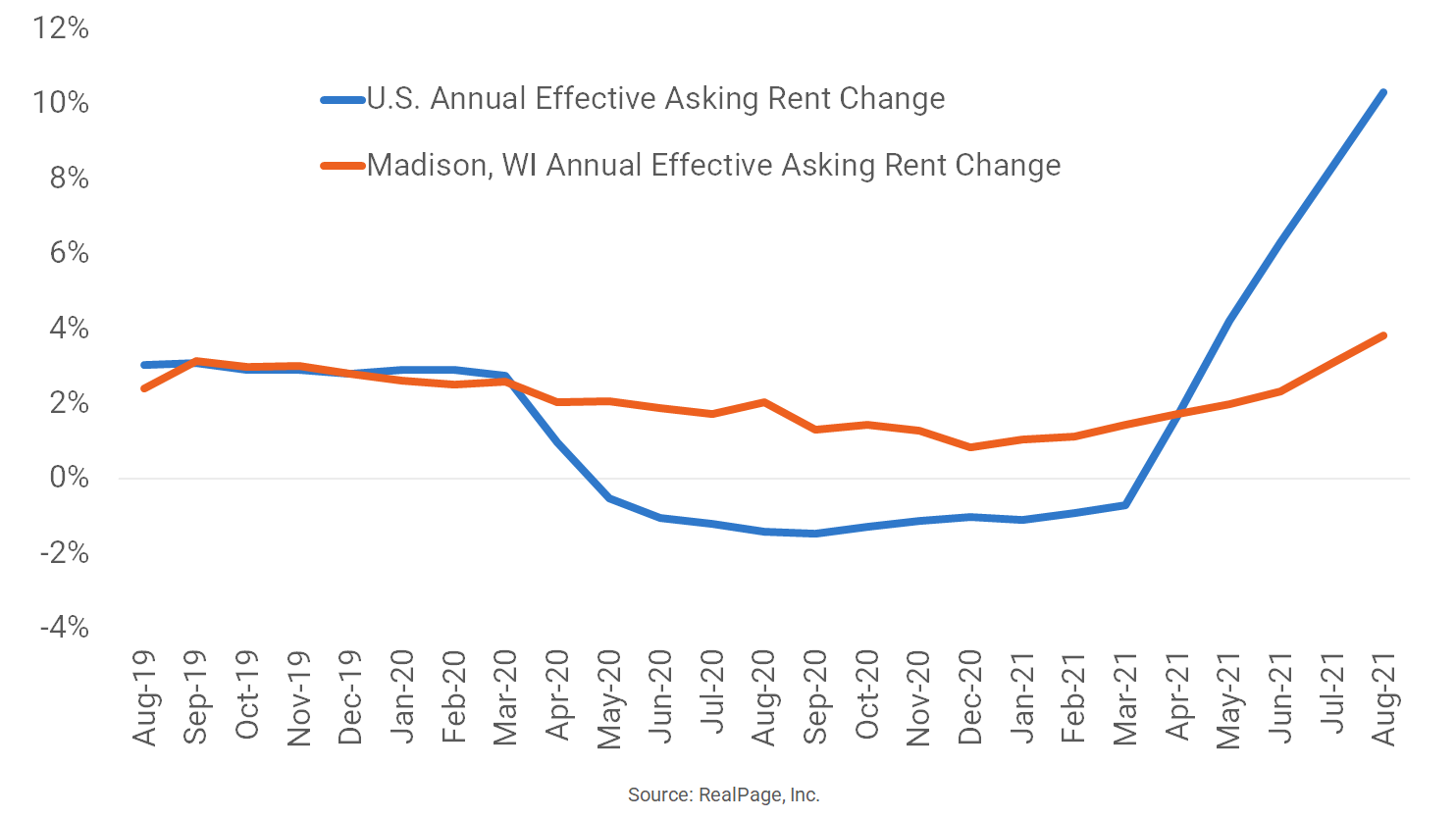 Rent growth has been muted in the Madison apartment market recently, despite a strong and steady occupancy performance. Effective asking rents grew by 3.8% in the year-ending August. That’s well below the national norm of 10.3% and the Midwest average of 7.1% Madison has fallen behind both of those standards since earlier this spring. While rent positing has been conservative, however, Madison’s occupancy showing has been solid. Occupancy stands at 97.6%, a rate this market has maintained for much of the past decade. Nationwide, occupancy averages at 97.1%, notably above historical norms. Madison has attracted a little more construction of late than its Midwest counterparts. Home to both the state capital and the University of Wisconsin at Madison, this market has also maintained steady demand over the last several years.