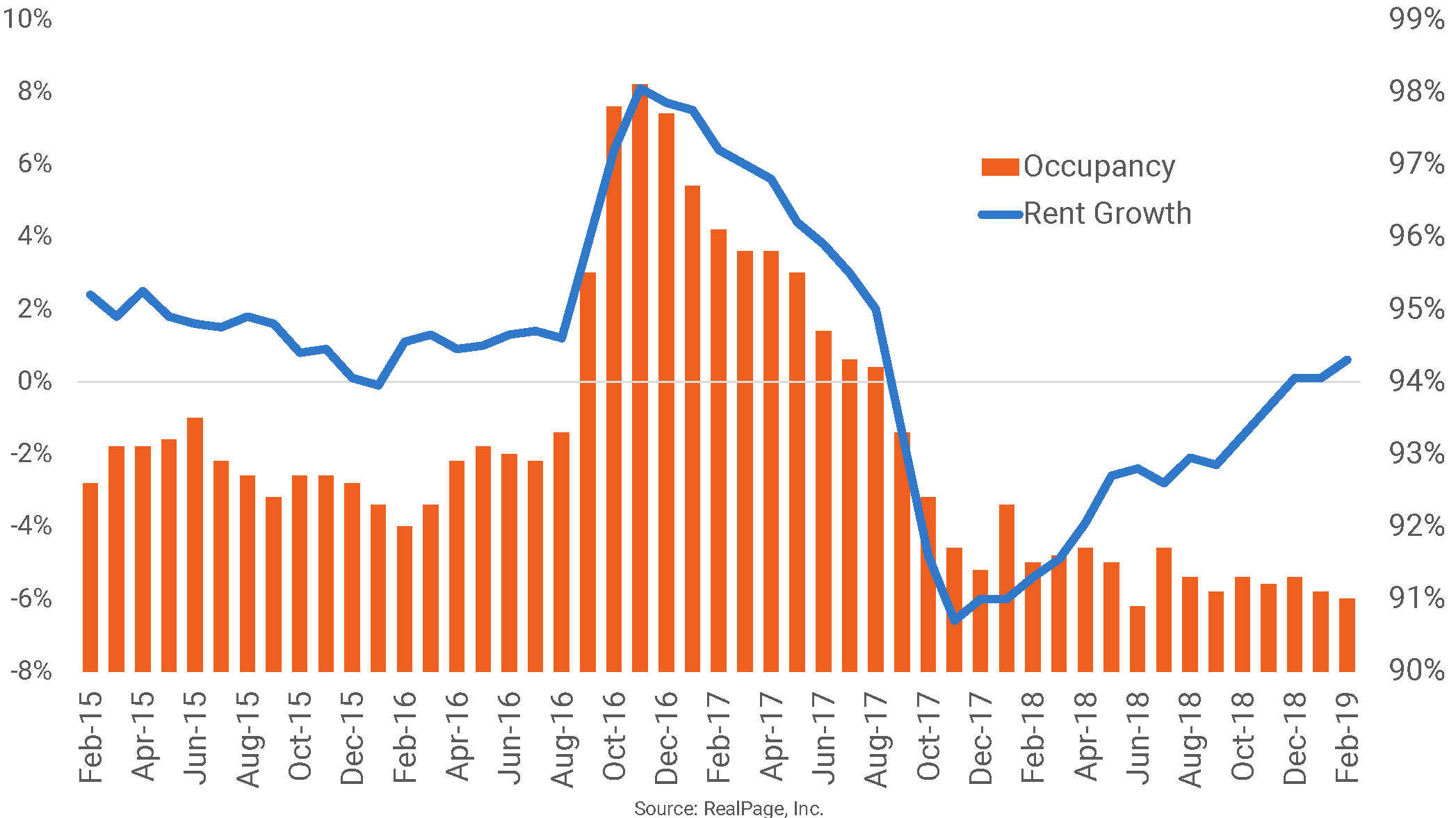 Baton Rouge apartment operators are raising rents again following the deep cuts seen throughout 2018. Year-over-year rent change in Baton Rouge measured 0.6% in February 2019, a 600 basis point reversal from the 5.4% annual rent cut in February 2018. Such large performance swings look unpredictable until remembering that the market is leveling out after the historic and unprecedented flooding in 2016. Following the flooding in August of that year, rent growth and occupancy spiked as displaced residents temporarily relocated to the multifamily market. Annual rent growth surged from 1.4% in July 2016 to 8.1% in November 2016 as occupancy jumped from 92.9% to 98.1% over the same time frame. The performance bump then burned off about a year later, as annual rent change bottomed at -6.6% and occupancy fell to 91.7% in November 2017. Compounding issues for the Louisiana capital market were increased apartment construction and state budgetary woes that coincided with the burn off. Annual rent growth returned in December 2018, but only mildly, at 0.1%. Occupancy has hovered around 91% since August 2018. By comparison, the U.S. averaged annual rent growth of 3.2% and occupancy of 95.2% in February 2019.