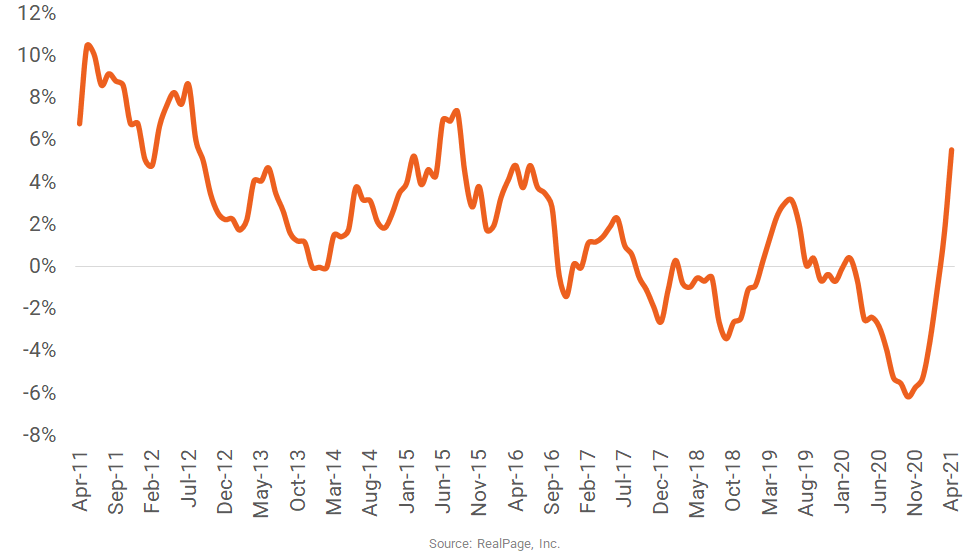 The bump in pricing between leases for luxury apartments in Dallas has hit a six-year high. New lease trade-out – a measure of rents in signed leases compared to the previous lease for the same unit – among Class A units in Dallas reached 5.5% in April. Boasting the nation’s most robust construction pipeline, Dallas has seen Class A product struggle to gain traction in recent years. Until April 2021, Class A new lease trade-out had surpassed 3% in just one other month since late 2016. The strain of new supply paired with significant job cuts due to the COVID-19 pandemic led to considerable softness throughout 2020. But demand is strengthening across the nation, and the solid Dallas economic recovery is fueling some of the biggest new lease trade-out growth seen in many years. Recent demand has been strong enough to offset supply pressure even in some of the fastest-growing neighborhoods in Dallas. Submarkets such as Frisco and Rockwall are achieving double digit new lease trade-out despite having some of the nation’s fastest-expanding inventory bases.