Dallas/Fort Worth Leads the Nation in Apartment Investment Activity 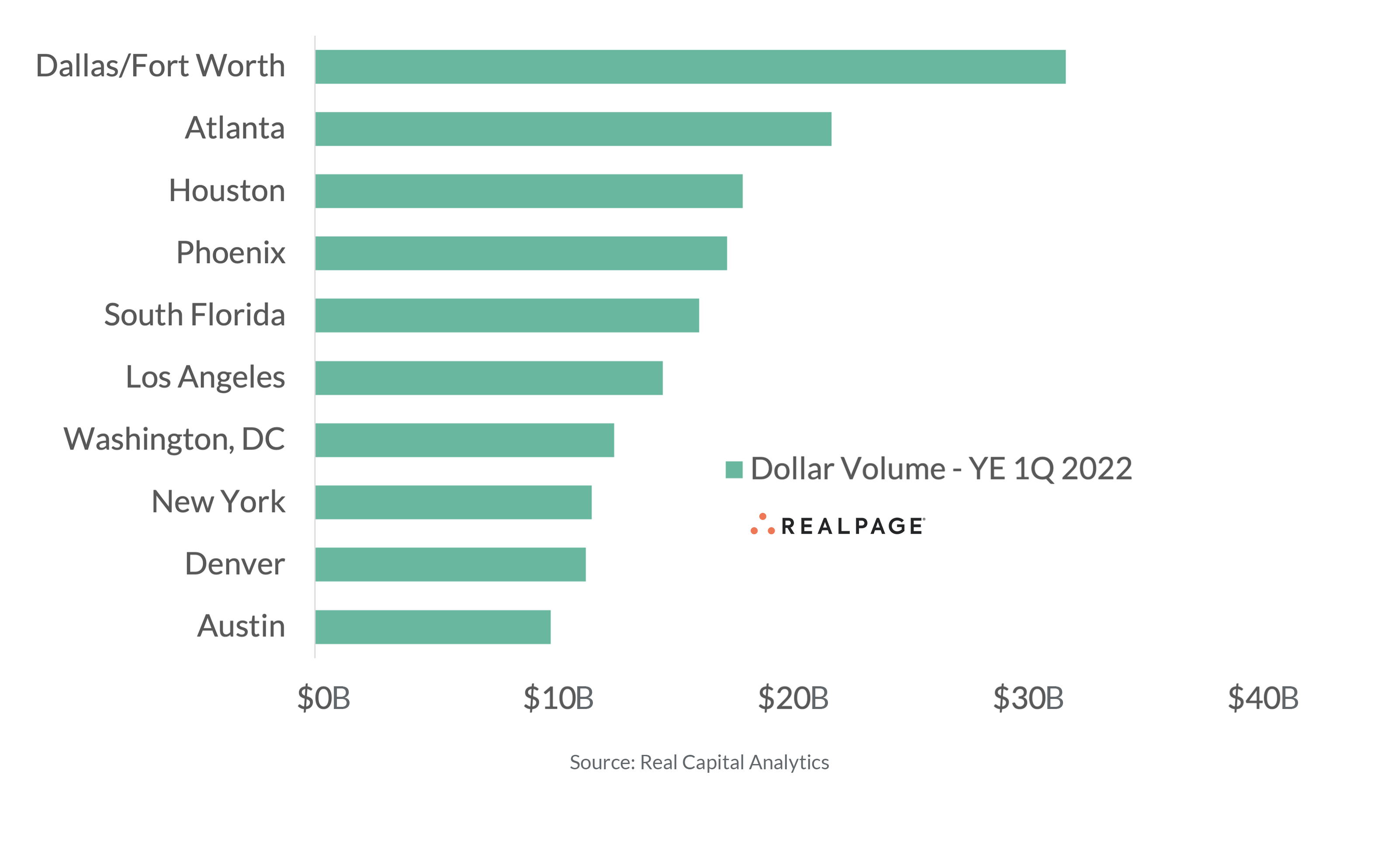 Apartment investment activity has remained at record highs over the past year. Roughly 13,000 U.S. apartment properties changed hands at a value of nearly $352 billion during the year-ending 1st quarter 2022, according to Real Capital Analytics. Among the top 10 markets for apartment investments during the past year, six were in the South Region. Dallas/Fort Worth had the highest level of transaction volumes, as roughly $32 billion worth of investments poured into D/FW apartments during the year-ending 1st quarter 2022. That volume was up around 200% from the previous 12-month period. Other South Region markets making the top 10 list were Atlanta, Houston, South Florida, Washington, DC and Austin. The West Region markets of Phoenix, Los Angeles and Denver were also among the top 10 apartment investment markets, while New York represented the Northeast. Notably missing from the leaderboard were Midwest Region markets.