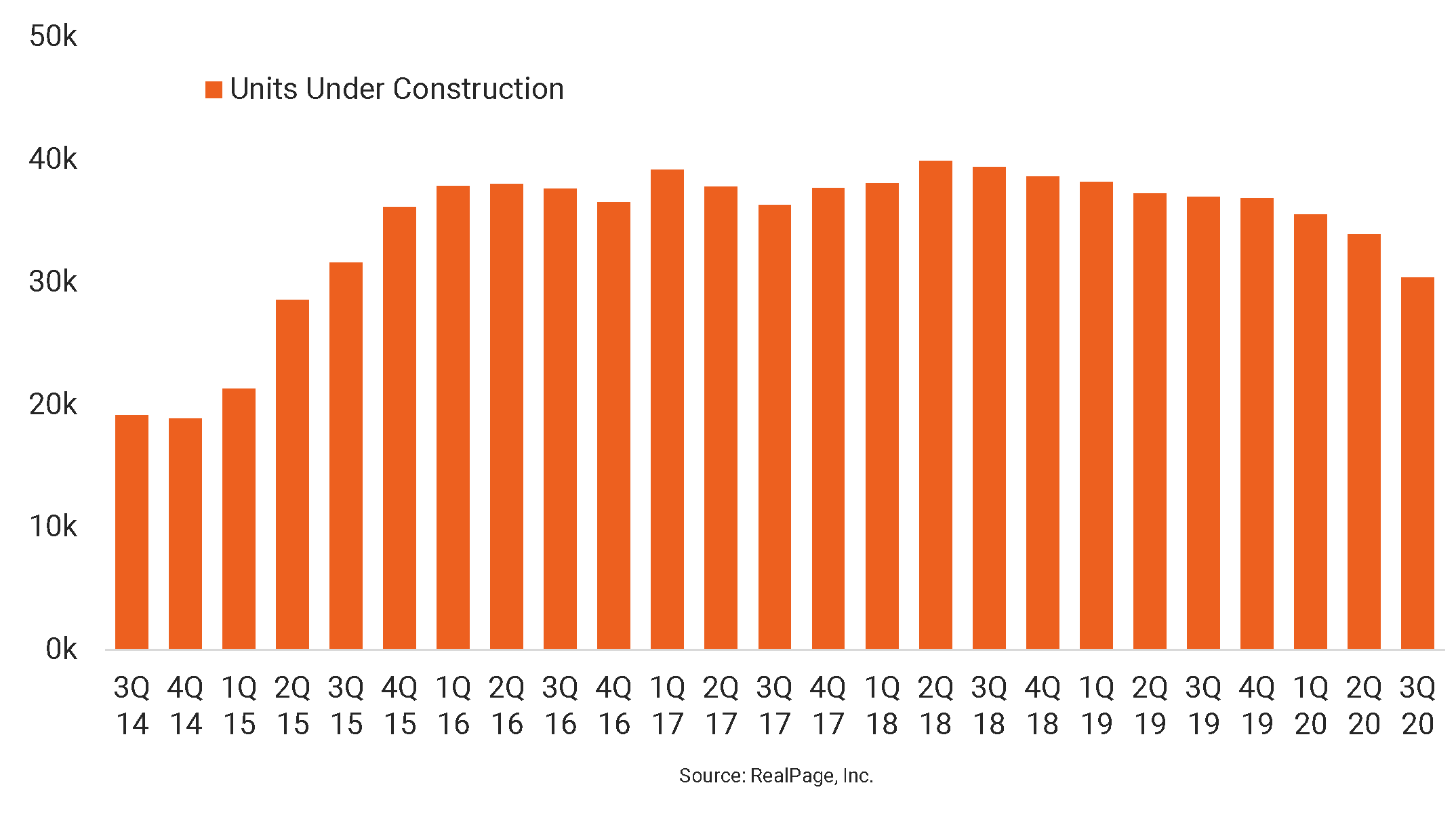 While Dallas remains the nation’s biggest apartment building center, construction numbers have hit a five-year low. As of 3rd quarter, nearly 30,400 units were under way in Dallas, a volume set to increase the existing stock by 4.8%. This was the most sizable construction volume in the country, followed closely by the stock under way in Washington, DC and Los Angeles. However, current building levels in Dallas are below the market’s five-year average of about 36,800 units. In fact, the last time construction volumes were this low in Dallas was in 2nd quarter 2015. Looking back, apartment building activity in Dallas picked up in 2015 and has remained above the 20,000-unit mark since.