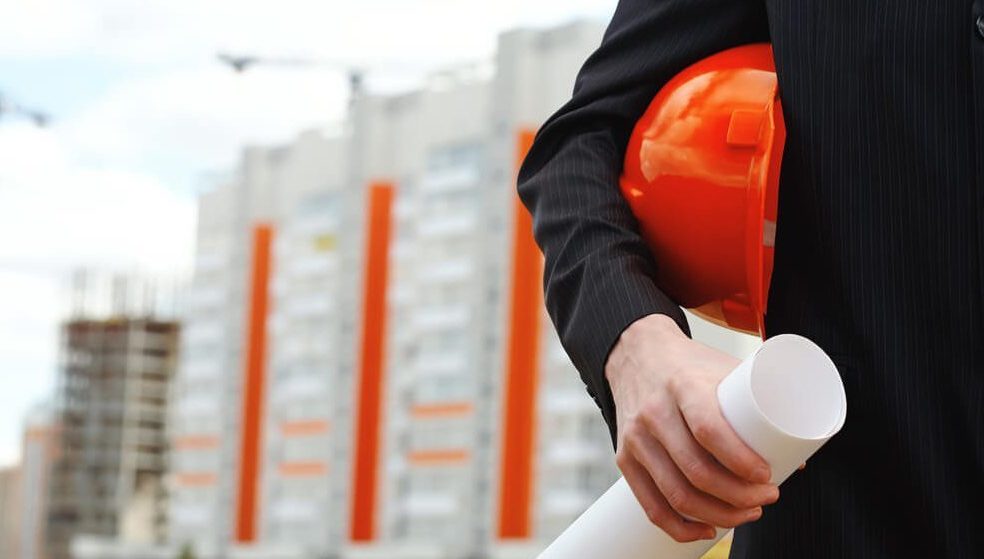 Despite COVID-19 and all that has happened in 2020, apartment development hasn’t been deterred as some thought it might be.

A little over 292,000 new market-rate apartments have gotten off the ground in the nation’s 150 largest markets in 2020. That wasn’t far off from annual volumes that hovered at a little more than 300,000 units during the previous five years. 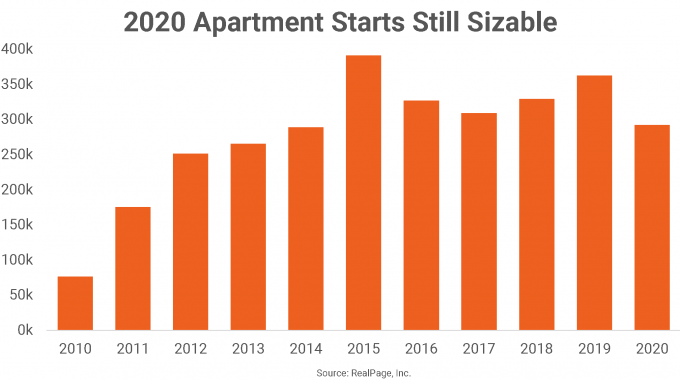 One of the reasons starts in 2020 aren’t notably different from recent years is that most of these properties had already been going through the planning process for some time, and substantial capital had already been spent on those projects, before the health crisis hit in the early months of the year.

Mid-rise properties continue to dominate total activity, accounting for 47% of the units where construction began in 2020. High-rise projects comprise 28% of the mix, and the share is 25% for garden-style developments. Those numbers also line up with the product distribution that’s been normal in the past few years.

Dallas/Fort Worth was the apartment market that saw the most product get off the ground in 2020, with the start of nearly 21,000 units. This was essentially in line with the average of about 24,000 units the region has seen start in the past four years. The Dallas/Fort Worth Metroplex has ranked as a national leader for apartment construction activity over the past decade.

The more than 17,000 units that started in Phoenix in 2020 was way up from what the market usually sees. Since 2016, annual starts averaged at less than 10,000 units. In the three years before that, the average was closer to 7,000 units per year. Phoenix was one of the nation’s best apartment market performers before the COVID-19 pandemic hit and has managed to hang onto decent occupancy and rent growth since. 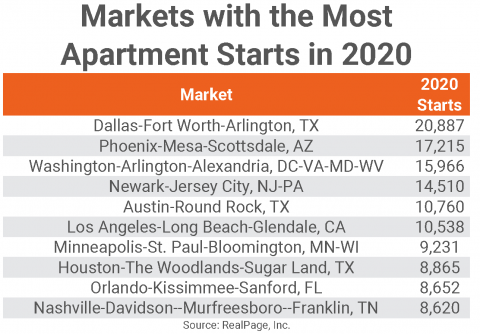 In addition to Phoenix, starts were also way up in Northern New Jersey. Most of the Northern New Jersey activity is in Jersey City and Hoboken, areas which provide housing options that are more affordable than neighboring Manhattan. In turn, New York slid off the leaderboard for apartment starts.

The other notable market missing from the list in 2020 is Seattle, where development is pulling back from the very aggressive levels seen in recent years. Atlanta also usually would be a top 10 market but was not far behind at the #11 position with nearly 7,400 units started.

While some industry observers theorize that construction could cool in the urban core and rise in the suburbs, the actual start figures so far don’t back up that theory. That could change in 2021, but the recent rollout of COVID-19 vaccines makes it unlikely to. While 2020 urban core apartment demand proved weaker than it was previously across the country, some product absorption continued in most cities. Manhattan, downtown San Francisco and select neighborhoods in Los Angeles are really the only spots that registered sizable drops in the number of apartment renter households.