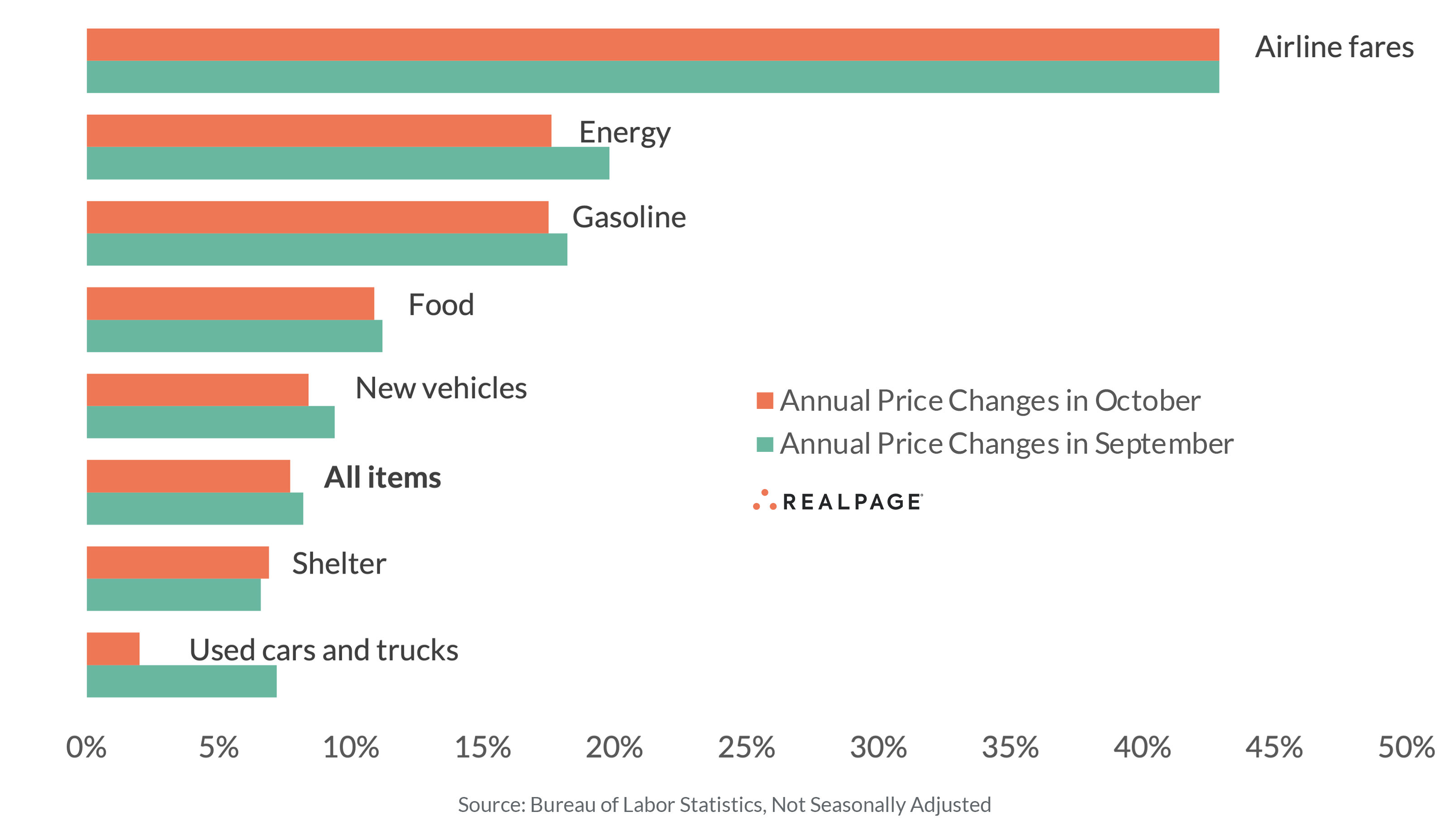 While U.S. inflation eased for the fourth straight month coming in at a nine-month low, it remains near 40-year highs. The Consumer Price Index (CPI) for All Urban Consumers, a measure of price changes commonly referred to as the inflation rate, was up 7.7% on an annual basis in October 2022, according to the Bureau of Labor Statistics. That was lower than the 8.2% annual increase in September and well below the 9.1% hike in June, which was the biggest year-over-year jump in prices since November 1981. In addition, October’s rate was lower than the 7.9% increase forecasted by economists. Still, inflation has now remained at or near 40-year highs for 12 consecutive months, the biggest price surges since the severe economic recession of 1981-1982. Used vehicle prices helped bring down the recent inflation figure, as the cost of used cars and trucks rose just 2% over the past 12 months, a vast improvement from the 7.2% annual increase in September. The price of new vehicles was up 8.4% in the year-ending October, down from the 9.4% increase the previous month. Increases in energy prices also deflated. Energy prices were up 17.6% in the year-ending October, with gasoline prices 17.5% higher than a year ago. Still, both of those measures were at their lowest levels since early 2021. Food prices were up 10.9% year-over-year in October. Though down from the 11.2% annual increase in September, that was still one of the largest 12-month increases since 1979. However, the cost of shelter continued to climb, rising 6.9% over the past year, the largest 12-month increase since August 1982. Additionally, the cost of airline fares surged 42.9% year-over-year in both September and October, the largest 12-month increases in over four decades.