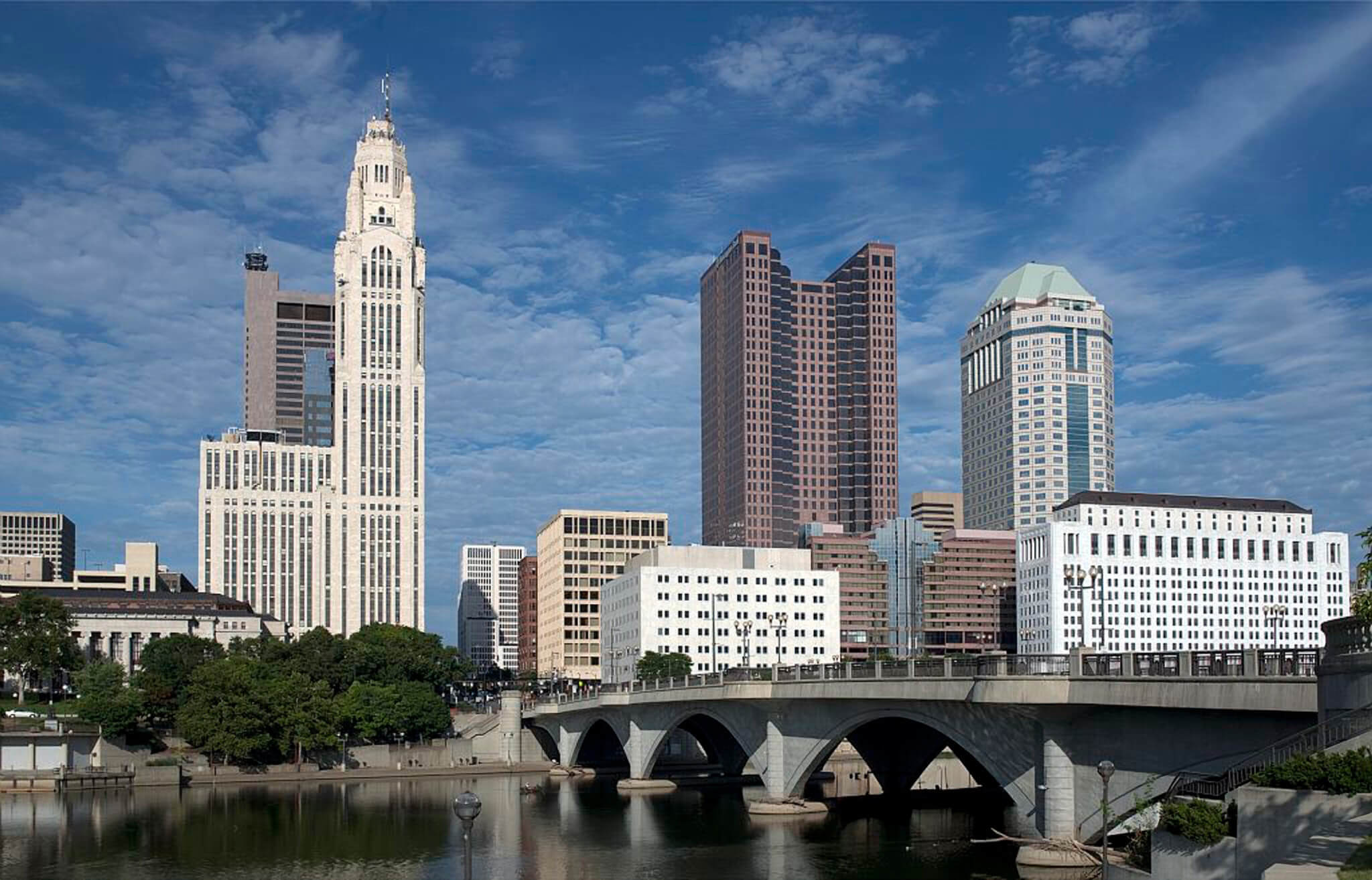 The Columbus, OH apartment market’s performance in 2017 is much like that of The Ohio State University’s football team this year: A slow start followed by a mid-year surge to near the top of the rankings.

Coach Urban Meyer’s Buckeyes suffered a tough home loss to Oklahoma in the second game of the season, but has since run roughshod over its Big 10 competition to achieve a 6-1 record before their Oct. 28 showdown against second-ranked Penn State.

The Columbus apartment market, meanwhile, began 2017 in decline, with annual effective rent growth as low as 2.3% in March, according to apartment rental data from Axiometrics, a RealPage company. But as the year progressed, the Ohio capital’s performance strengthened to reach 3.9% in August, its highest level since April 2016. Though rent growth decreased slightly in September, to 3.4%, that was good for 14th highest in the nation among major markets. Occupancy in Columbus has remained around the 96% mark. 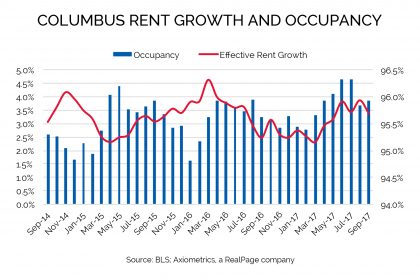 The drivers of Columbus’ apartment market performance have remained relatively steady the past couple of years. Columbus employers added 22,300 jobs in the 12 months ending August 2017, just a tad below the 23,900 jobs added during the previous 12 months. Jobs gains had a downward blip in May, but that may be because of the end of Ohio State’s academic year. 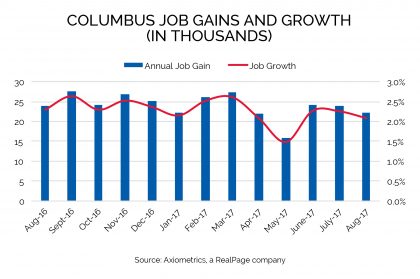 The flow of Columbus’ apartment construction pipeline has been extraordinarily steady, avoiding the spikes that has affected most major metros nationwide. The number of units identified for 2017 delivery is almost exactly the same as the number delivered in 2015, and the current 2018 identified supply count is very close to those numbers. Completions dipped in 2016. 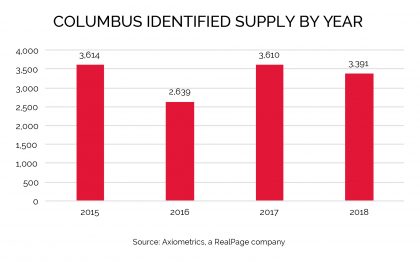 The supply chain is just beginning its peak, with 1,415 new completions expected in the fourth quarter of 2017 and 1,341 more identified for delivery in the first quarter of 2018. That could impact effective rent growth in the next six months unless job growth trends upward. 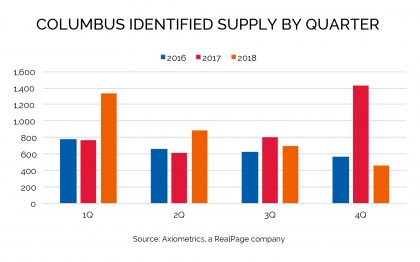 The steady job growth (and demand for apartments) is fueled by steady population gains in the city of Columbus. The population grew by 8.8% between the 2010 Census and the Census Bureau’s 2016 Population Estimate. An average of 11,538 people per year were added to the populous from 2010-2016, and there seems to be plenty of jobs to satisfy them. 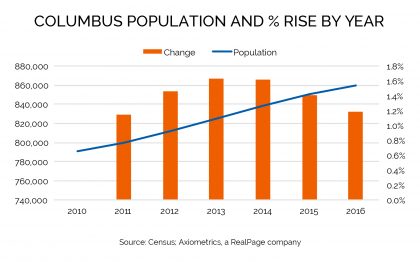 While Columbus’ urban core submarket’s rent growth is below the market rate,the submarkets with the highest annual effective rent growth are all within the Interstate 270 loop.

The leading Southeast submarket is keeping rent growth elevated largely because no new supply has been delivered in the past three years and occupancy has been steadily above 96% and an average rent ($725 in September) far below the market average ($898). No new supply was delivered this year in the second- and fourth-strongest performing submarkets, Sharon/Worthington and Northeast/Minerva Park. No. 3 Upper Arlington/North Columbus received 39 units this year, all in the first quarter.

The submarket with the most new supply, Hilliard, is west of the center city, on the far side of I-270. It also sported the third highest rent among Columbus apartment submarkets, $1,030 in September, behind only University/Downtown ($1,198) and Fairfield County/Other ($1,057), and Hilliard’s September effective rent growth of 2.6% was the second lowest in the Columbus apartment market.

Axiometrics forecasts Columbus to maintain its current effective rent growth pace for the rest of this year, before the peaking construction pipeline and projected reduced job growth sends the 2018 average growth to 2.4%.

Which means that if the Ohio State Buckeyes’ performance remains aligned with the Columbus apartment market, they should fare well the rest of this season, even with games against Penn State, No. 18 Michigan State and No. 19 Michigan. Coach Meyer will have to make sure his team doesn’t follow the apartment market in 2018.

Stability Remains Hallmark of the Midwest