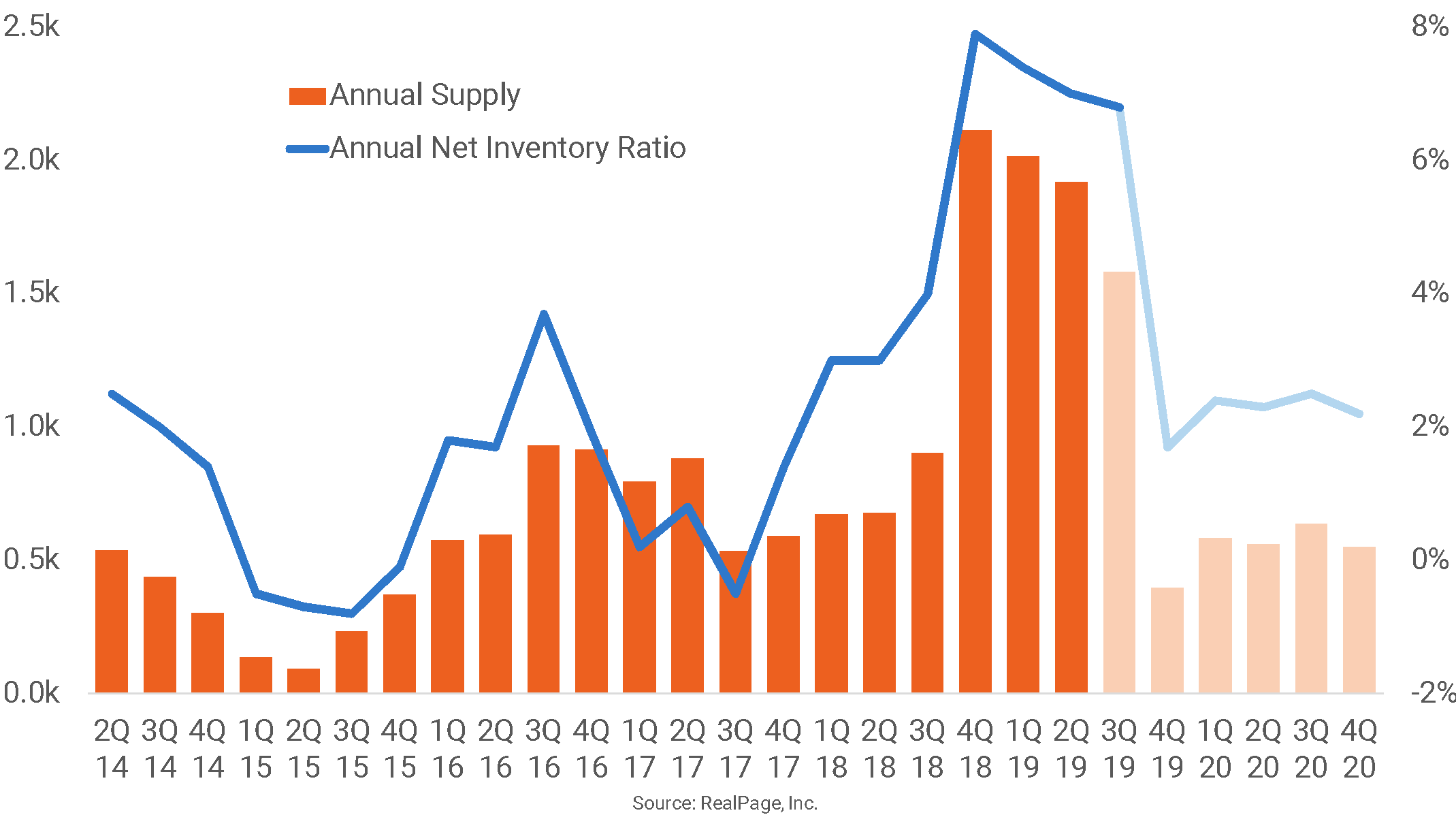 College Station is scheduled to see the steepest decline in new supply among the nation’s 150 largest markets next year. In total, College Station has seen its existing apartment stock swell by 22.3% during this economic cycle, which began in 2010. That growth pace is nearly twice the national average of 12.7%. Just in the year-ending 2nd quarter, College Station’s apartment base grew by nearly 2,000 units, or 7.0%. However, in the coming year, supply will grow by only 2.2%, with less than 600 units completing. This is the steepest scheduled fall-off in new supply by ratio in the nation, which will give the market a much-needed breather for absorption to catch up. At 91.4%, occupancy is well below the market’s five-year average and the national norm. With supply dropping off, occupancy is forecasted to strengthen over the next several quarters. Meanwhile, College Station’s student housing stock, which services Texas A&M University, is experiencing a similar condition: after years of elevated new supply, 2019 will prove slow for the addition of new student housing beds.