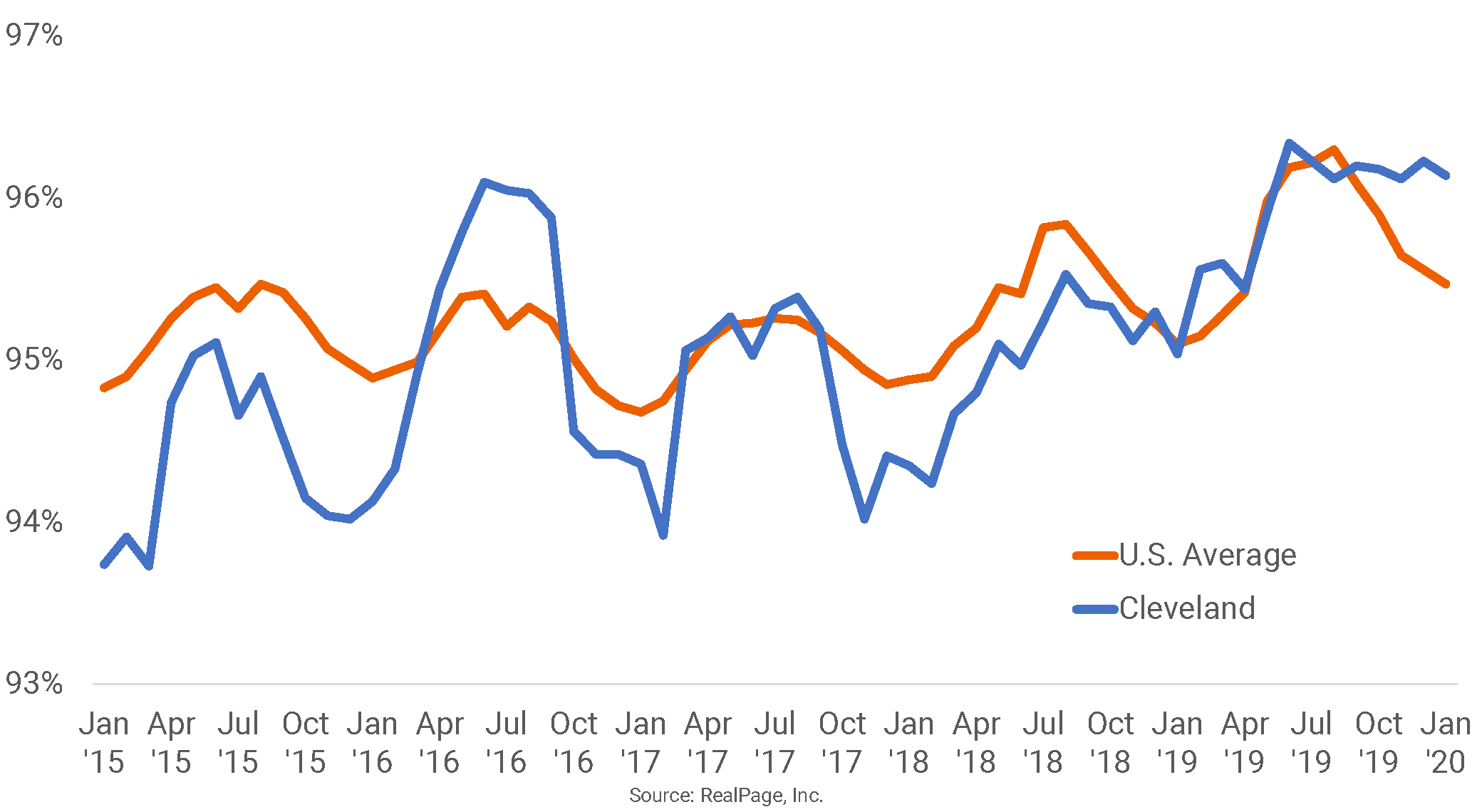 Cleveland posted its strongest January occupancy rate in nearly two decades in 2020, as 96.1% of the market’s apartments were occupied last month. That reading, up 110 basis points (bps) year-over-year, continued an eight-month streak of occupancy above 96.0%. For comparison, occupancy in Cleveland has only crossed the 96% mark in two other months since the early 2000s. Cleveland rarely sees occupancy exceed the U.S. norm, but the market has posted rates in line with or above the national average for much of the past year. Recent progress is due to more consistent demand over the past year and limited new supply throughout the current cycle.