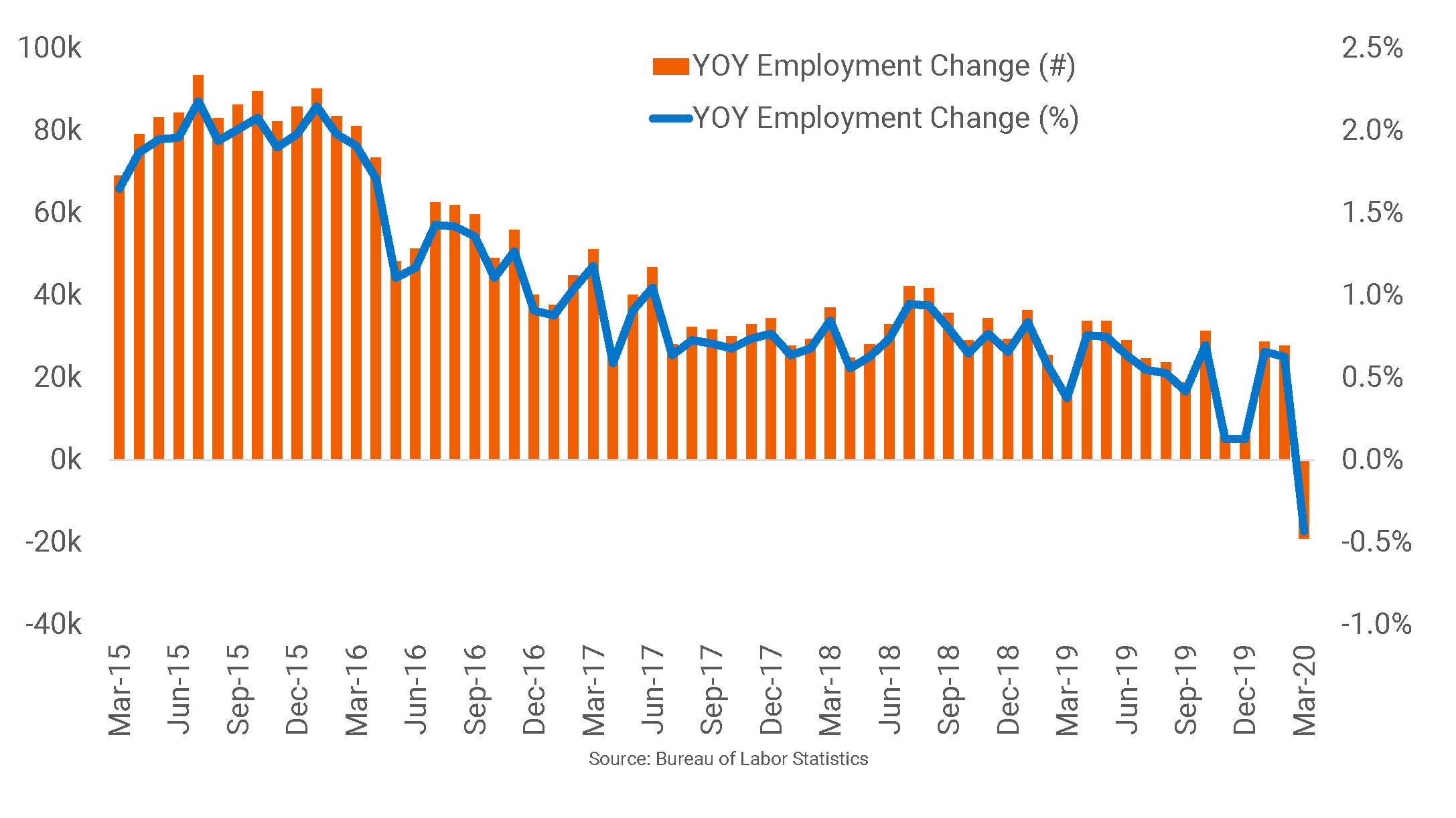 Chicago slipped into job loss in March, before the COVID-19 pandemic weighed too heavily on the nation’s economy. According to the Bureau of Labor Statistics, Chicago lost 19,000 jobs in the year-ending March. This was the first time the market has seen economic decline since September 2010. In fact, just a month prior, Chicago’s workforce was still logging gains, with 27,800 jobs added in the year-ending February. That performance was consistent with average annual gains of about 29,500 jobs Chicago has recorded in the past three years. Chicago’s recent job loss was the steepest in the nation. Newark lost a similarly steep 14,100 jobs in the year-ending March, while downturns were between 8,000 and 9,000 jobs in Cleveland, Cincinnati and Minneapolis. Other Midwest markets with workforce declines in the year-ending March included Milwaukee, St. Louis and Detroit.