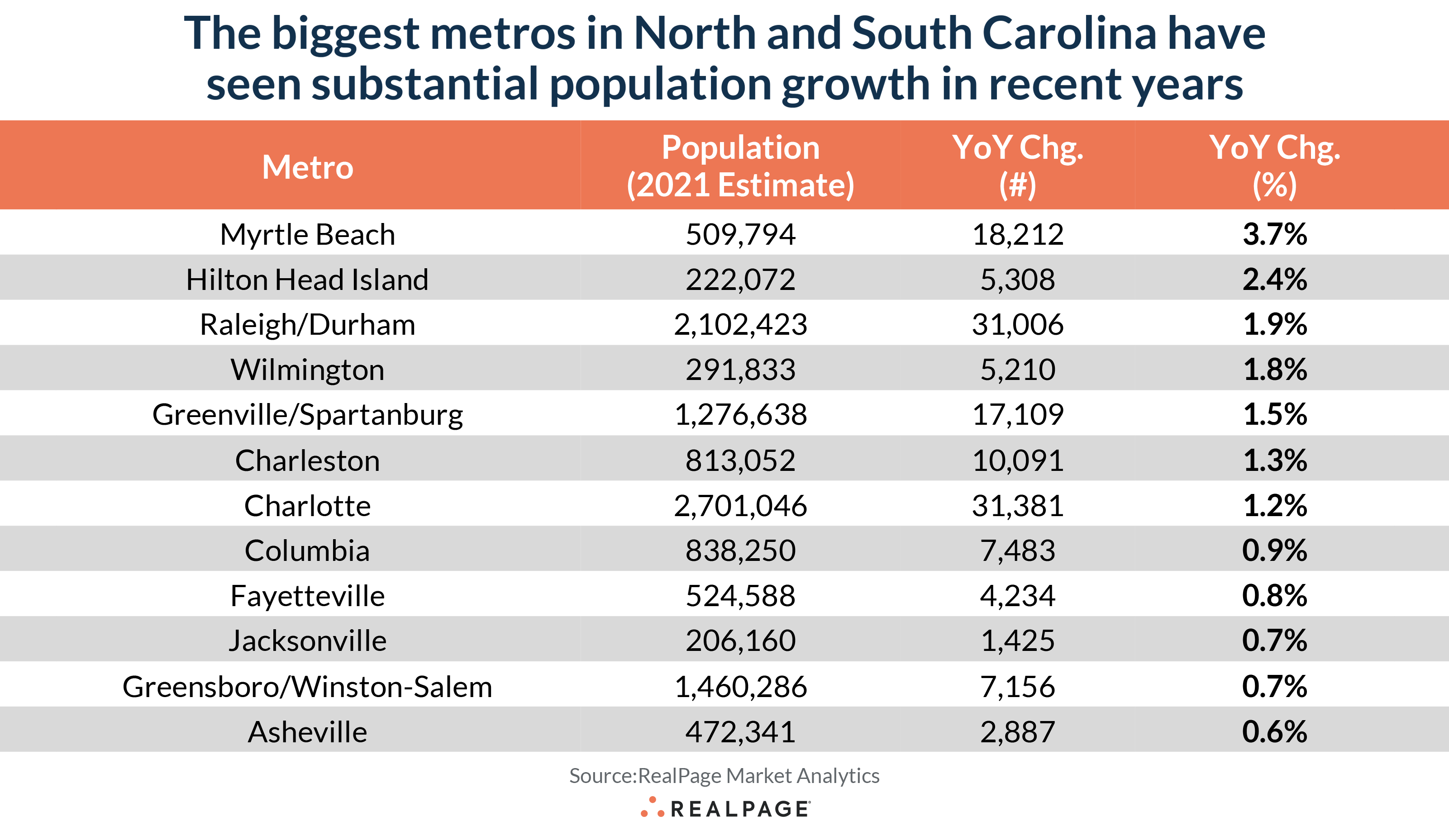 The Carolinas have seen incredible population growth in recent years. According to the most recent estimates from the U.S. Census Bureau, the population in Raleigh/Durham and Charlotte grew by over 31,000 people each in the year-ending July 2021, while the small Myrtle Beach market and the slightly bigger Greenville/Spartanburg area logged resident growth of roughly 17,000 to 18,000 people. Looking at percentage growth, the coastal Myrtle Beach market saw massive growth of 3.7%, one of the top five increases nationwide. Other markets with similar growth include the very small St. George, UT; Coeur d'Alene, ID; Punta Gorda, FL and The Villages, FL. Other small markets along the Carolina coastline like Hilton Head Island and Wilmington saw remarkable growth of around 2%. Further off the coast, the larger Raleigh/Durham market also saw a big population increase of roughly 2%.

For more information on the state of the Carolinas apartment market, including forecasts, watch the webcast Market Intelligence: Q4 Carolinas Update.