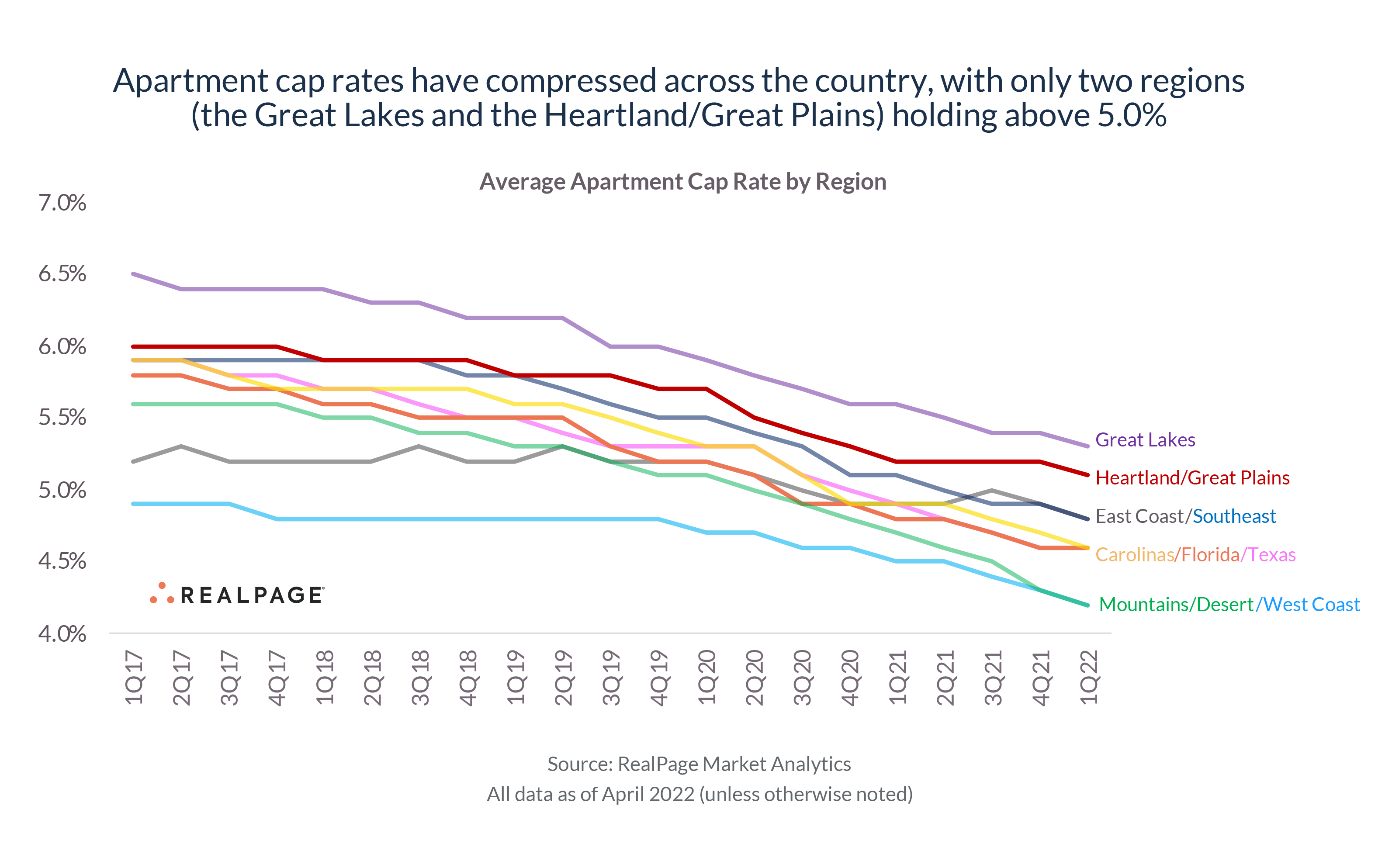 Cap rates have tightened across the country but aggregating at a regional level shows clearly defined trends while muting some of the individual market noise. Cap rates remain highest among the quiet but generally stable markets located in the Great Lakes region (Michigan and Ohio) as well as the Heartland/Great Plains region (Illinois, Kansas, Minnesota, Missouri). In fact, these remain the only two regions in the nation where cap rates remain above 5%. But even in these markets, the past five years has seen cap rates compress by 120 basis points and 90 basis points, respectively. No other region has seen cap rates compress more substantially than the Mountains/Desert region (Arizona, Colorado, Idaho, Nevada). Today’s cap rate of 4.2% is tied for the nation’s lowest alongside the West Coast markets. Unsurprisingly, the Mountains/Desert region has seen the largest price per unit increase during this five-year period as well, with today’s average price per unit ($267,000) up an incredible 109% from the 1st quarter 2017 mark. Similarly noteworthy cap rate compression has occurred in the Sun Belt states as well, particularly in Texas, Florida and the Carolinas. All three of those regions have followed a remarkably similar trend with rates dropping from roughly 5.8% to 4.6% during this five-year window. The nation’s most stable cap rates have been in East Coast markets (Virginia up through Maine), falling from 5.2% in 1st quarter 2017 to 4.8% in 1st quarter 2022, while West Coast cap rate compression clocked in as the second-least significant (4.9% in 1st quarter 2017 to 4.2% in 1st quarter 2022).