Cap Rate Yield Spread as a Buy or Sell Signal 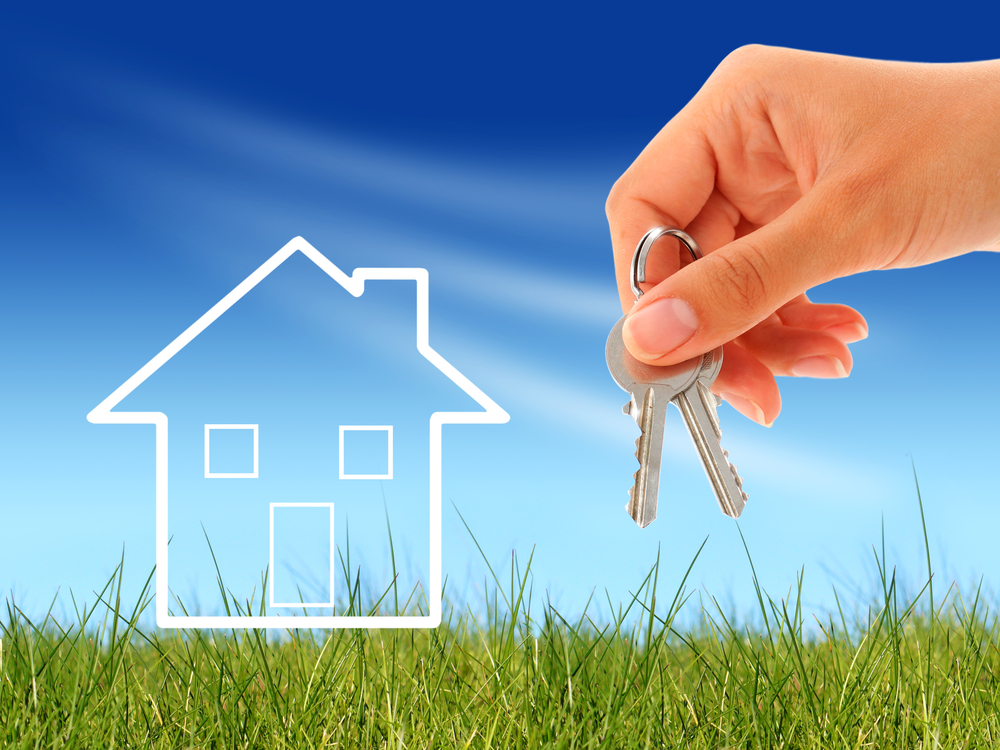 by   Analytics Contributor
in   Capital Markets

Real estate investors frequently discuss cap rate spreads as a forward-looking indicator, but is conventional analysis ignoring an important data point? Traditionally, the spread has been thought of in terms of cap rates relative to the 10-year U.S. Treasury bond and Baa corporate bonds. However, there could be another way to look at this time-tested and trusted metric. One such derivative is viewing the cap rate spread between primary and secondary markets. 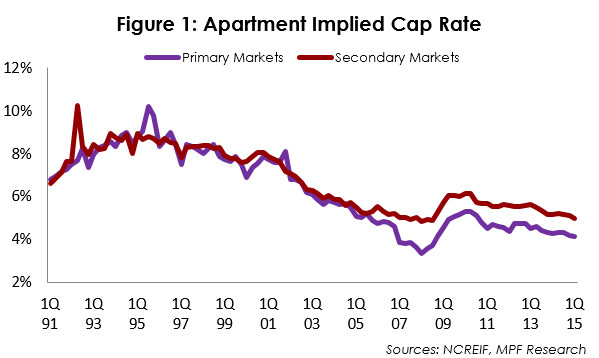 It seems reasonable to expect the primary markets to be valued at lower cap rates as primary markets are viewed as more liquid and contain higher barriers to entry, which usually results in higher NOI growth expectations. Historical data in Figure 1 supports this premise. From 1st quarter 1991 to 1st quarter 2015, primary markets have maintained lower implied cap rates 81.4% of the time. 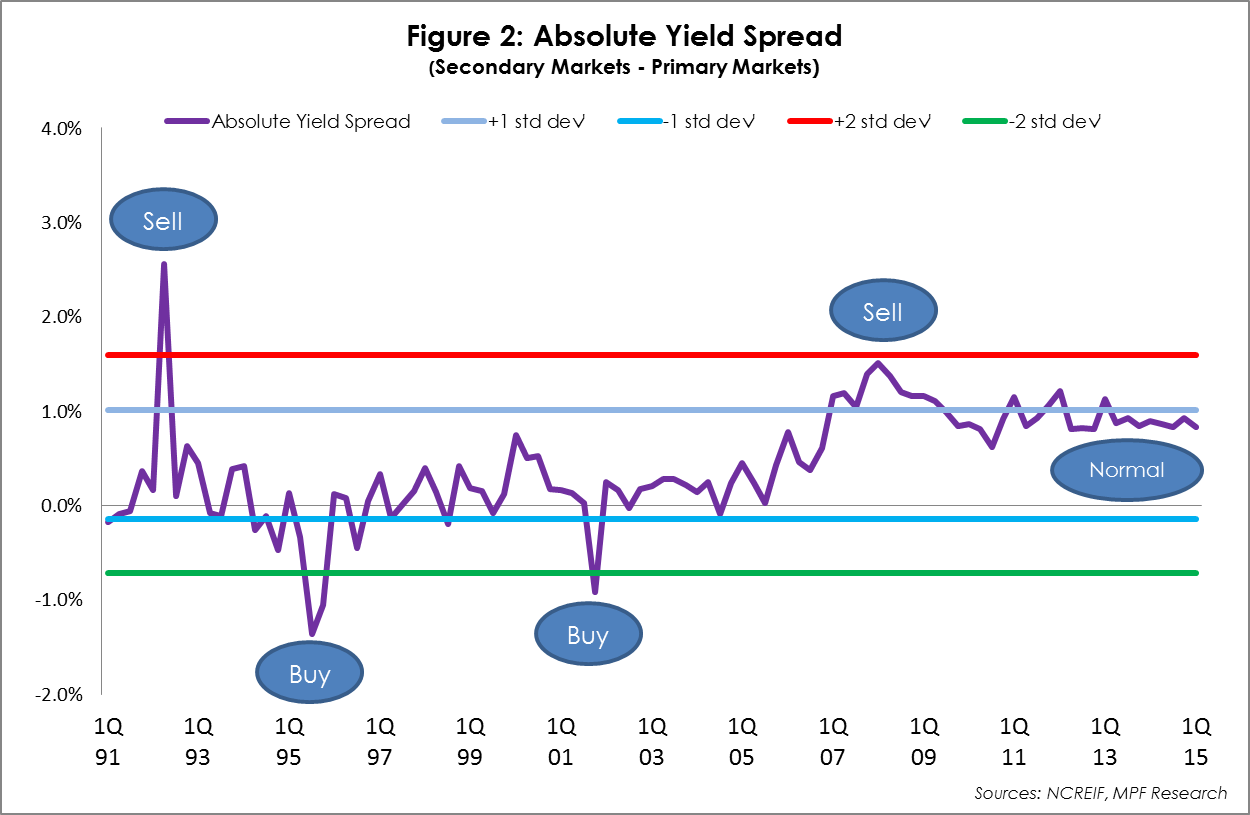 Conversely, when the absolute yield spread moves above a normalized level, investors are driven by greed and risk is underpriced. This occurred in 2nd quarter 1992 and 1st quarter 2008. Interestingly enough, this proved a great time to sell apartments, as total returns turned negative in 1991-1992 and again in 2008-2009. 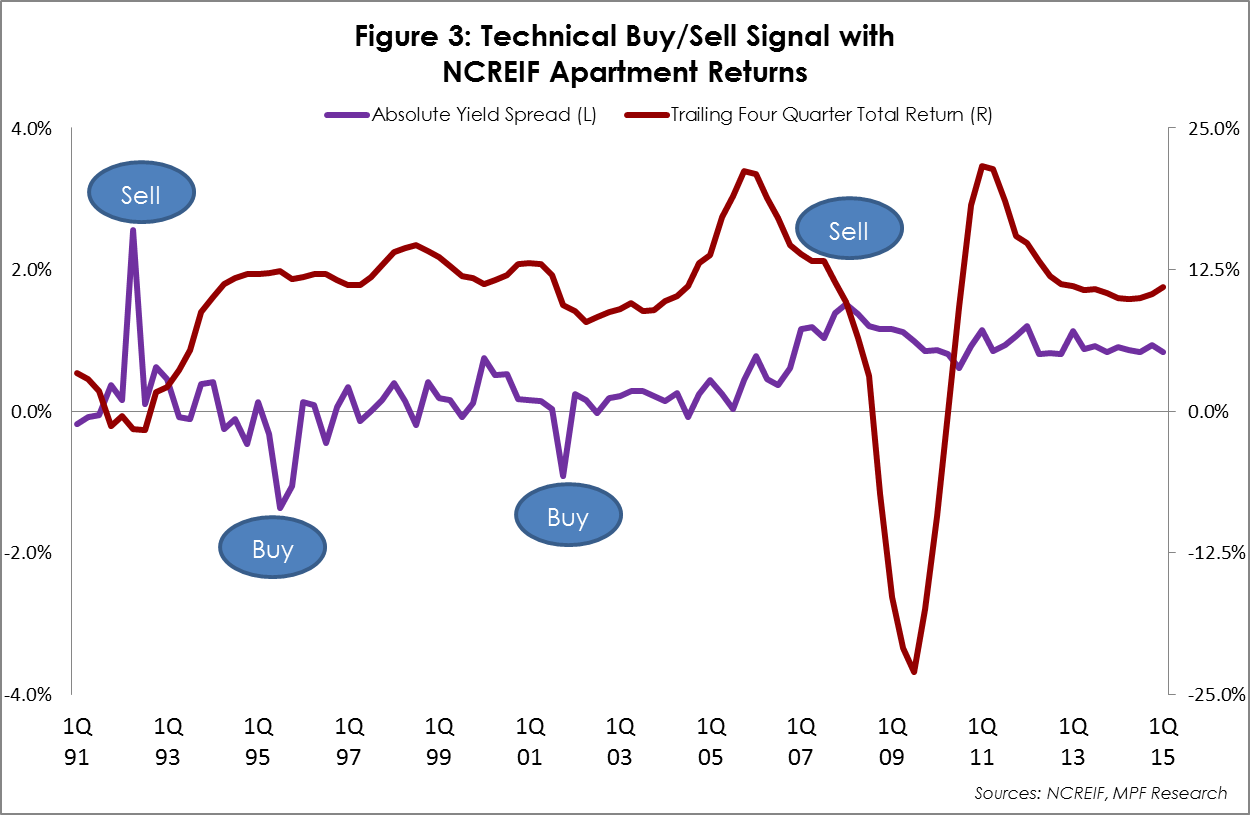 Looking at the data in a slightly different way, we get the same results. Figure 4 illustrates the same data as a ratio. We see greater movement, but the same extreme technical indicators. 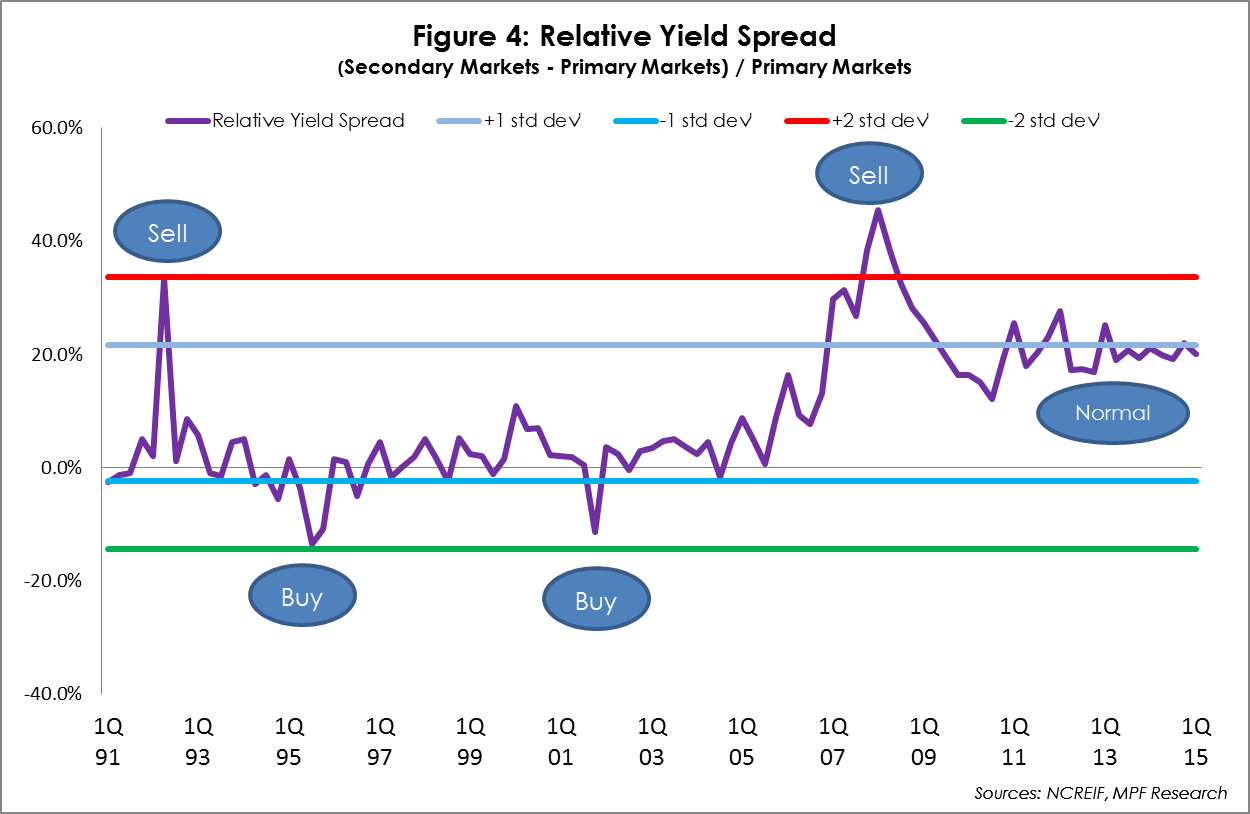 To summarize, there are three key points: